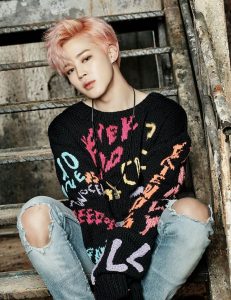 As Kyla has recently chosen to take a break from promoting with Pristin amid a flood of fat-shaming from netizens, the appearance of K-pop idols has become a contentious topic. By definition, idols are expected to adhere to high standards. In the entertainment industry, and South Korea in particular, looks are paramount and considered a key marker of success.

It is interesting then, that during his recent birthday log via the V App, BTS’ Jimin felt the need to reassure fans that he wasn’t concerned about his body image. He stated that ‘whenever we have a fan signing event, 90 out of 100 people ask me “Jimin gain some weight. Why do you go on a diet?”’ responding with the reassurance that ‘I take good care of my health. So you don’t have to worry.’

Months prior to this, Jimin revealed his struggles with weight loss in BTS’ Wings Concept Book. At the time fans responded by trending the hashtag #JiminYouArePerfect on Twitter, vowing to support him no matter his size. This comes in stark contrast to the response to Kyla’s body, and one must consider whether this divide is gender-orientated. To what extent do cultural expectations lead us to overlook body image issues surrounding male idols, and should we take this more seriously? 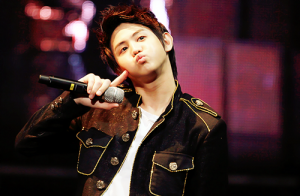 Initially, it appears male idols have it much easier than female K-pop stars, who are frequently asked to give their measurements on variety shows and scrutinized with every comeback. Having a rounder face can be a positive selling point for a male idol, giving him a cute appearance. Singers like Jimin and Highlight’s Yoseob are adored by fans for their more youthful looks. However, the darker side to this comes when the group grows into more mature concepts, and the new image leaves no place for baby-faced cuteness.

One easily observable example of this would be Yoseob. In the early days of his career, he was known as  Beast’s ‘fake maknae’ and often called upon to perform aegyo during their variety appearances. However, in 2013, when they released the MV for their comeback “Shadow”, Yoseob’s appearance changed dramatically. His abs became a key talking point during their promotional cycle, and arguably, a great way for Cube Entertainment to pinpoint the way Beast’s image had grown. 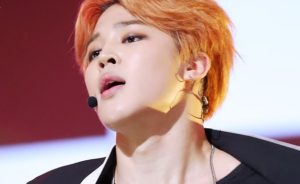 As BTS moved on from their era of puppy-love crushes to the more mature themes of The Most Beautiful Moment in Life trilogy, Jimin continued to lose weight. According to his interview in BTS’ Wings Concept Book, his concerns about his body image intensified at a pivotal moment in the group’s career when “Blood, Sweat and Tears” cemented their status as top-tier idols. While becoming slimmer, Jimin simultaneously gained popularity for his visuals, and stepped up to more time in the spotlight, from taking the lead in the group’s performance of Shinhwa’s “Perfect Man”, to sharing the stage with Taemin at the 2016 KBS Gayo Daejun.

In this way, we can see a clear link between a male idol’s weight and image. But perhaps this is unsurprising. While it is widely accepted that female idols are valued mainly for their appearance, male idols must also cater to the whims of fans, showing off abs and wide shoulders to adhere to the conventional ideal of masculinity. Sex sells, for both female and male idols. Although it is less evident, male singers are arguably exploited for this purpose in much the same way as female stars. 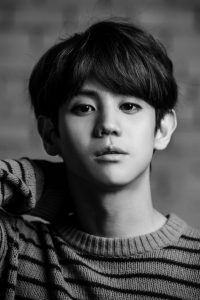 Furthermore, it is interesting to note the difference between the way entertainment companies publicize the weight loss of their male and female stars, and the varying fan reactions to this. While detailed dieting information is frequently discussed by idols such as SNSD and IU, the weight loss of male idols is often downplayed in company statements as being attributed to exercise. Yoseob talked about taking up boxing, boosting his more “masculine” side to suit the group’s adult image.

This could be linked to a difference in the way we perceive the different genders and appearance. Women are expected to take responsibility for improving their image by applying make-up, following fashion, and watching their weight through dieting, while the guys just work out in the gym. Even though domestic fans may react with praise and envy when female idols reveal their waist sizes, Jimin’s confession to skipping meals to reach his desired body size is not seen to be improving himself, but rather damaging his health. 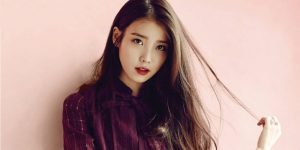 It is easy to argue that this is because society values the appearance of women more highly than men, and judges female idols more harshly. But in South Korea, where guys often wear BB cream or insoles to improve their image, everyone is under pressure to achieve perfection. Even though reports have been released of stars such as IU suffering from bulimia and JinE of Oh My Girl being diagnosed with anorexia, the same cannot be said for male idols. This is significant because while women may be more at risk of developing eating disorders due to greater pressure being placed on their appearance, it is also possible that male idols are simply less likely to be diagnosed, or come forward with anxiety over their body image, due to cultural expectations. 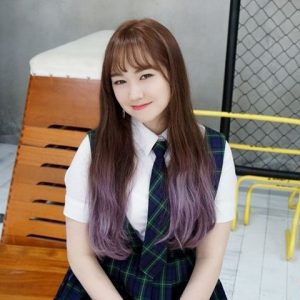 It is arguably equally poisonous to the mental health of young male idols that they are expected to adhere to the same harsh beauty standards without being able to express the difficulty of achieving them. Audiences overlook the reality that in the entertainment industry, male idols must also be physically attractive in order to appeal to their audience.

Generally speaking, men are not expected to be concerned about body image, yet an unequal dichotomy exists between the requirement for male idols to uphold conventional beauty standards and the assumption that they do not face the same pressure women do to achieve this. B.A.P’s Himchan fractured his rib as a result of sudden weight loss during the group’s promotions for “Rose” in spring 2017, revealing the punishing toll that dieting and over-exercise had taken on his health. Jimin avoided meals and frequently fainted during dance rehearsals. Both instances suggest that the burden of achieving the “right” image influences men as much as women in the K-pop industry. 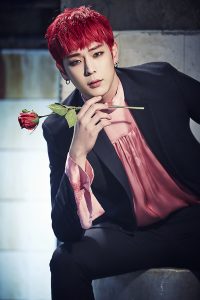 Around the world, celebrities are expected to uphold ideals of physical appearance that audiences strive to emulate. Guys are no less susceptible to this burden than girls. The concern of fans of male idols may initially look like a biased, softer response to the scrutiny female stars are subjected to, but it hides a wider issue of ignorance surrounding male body image. Just because male idols are not reported to have been diagnosed with anorexia, does not mean they are exempt from the pressure to look good in MVs and on stage compared to their peers. Although it goes unacknowledged too often, entertainment agencies and fans alike should not ignore the pressure the guys of K-pop are under to become just as beautiful as the girls.