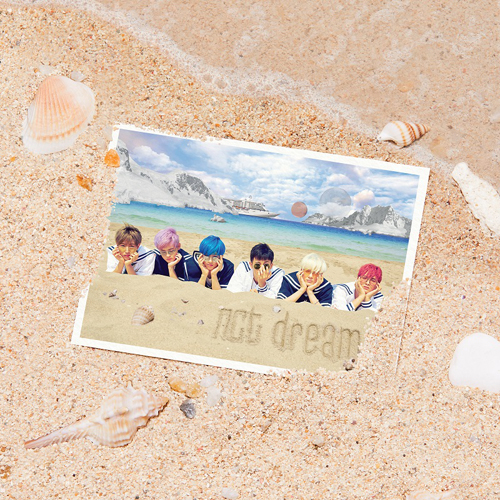 SM Entertainment‘s ongoing Neo Culture Technology project has introduced the K-pop world to units NCT U, NCT 127, and NCT Dream. The lattermost of the three is noted for being the youngest of the project, both in terms of debut date and in actual age – the youngest of the group, Ji-sung, was born in 2002. Despite being the last of the three to debut, the time has finally come for NCT Dream to release their first mini-album! With their most recent comeback, the group has returned “We Young”, the title track off their release of the same name.

“We Young”, as described by SM, is “a tropical house genre song where you can feel the summer season’s passion and cool ambiance.” The tropical house aspect of the song is reflected through the drums and horns that saturate its instrumental. It was hard to find a sense of passion within the song anywhere, however, given that the song is quite light for such a strong concept. Even within the lyrics, which refer to a confession, there’s not so much passion as there is simple happiness directed at life and freedom:

Just for today, we’re free (Here we go)
Hands up in the air
Rainbow lights in the sky
Even the popcorn clouds
We Young

The song’s accompanying music video has an abstract aesthetic that faintly reminded me of Red Velvet’s “Happiness”. It opens with NCT Dream dancing on a bed of clouds with giant mushrooms in the background. Throughout the video, the group continues with their dance routine in front of different backdrops — a white-and-fuschia-colored room, outer space, a hallway wall adorned with various picture frames, and a hazy pink mountain range. There are also shots of a large pink crocodile soaring above the members’ heads and the group kayaking through a jungle.

The video also features the group having fun with a young cartoon girl. Wearing a blue dress with shoulder-length red hair, she first appears while sleeping on a couch in front of a static TV screen. Soon after the screen cuts to NCT Dream’s dancing, however, she wakes up. The group suddenly pops up in her room and the eightsome spends the day together eating sweets at a table, riding a train during the nighttime, and just having fun with one another.

While the lyrics to “We Young” do hint at a romantic confession, the relationship between the girl and NCT Dream feels more platonic. Instead of trying to steal her heart, they just want her to have fun. One can see this when the group cheers the girl on when she wants to jump from the doorway of her room. If there’s any part of the MV that remotely connotes something romantic, one could note the scene where the group saves the girl from being stranded at sea in the jungle. Even then, that would be a reach since there aren’t any special effects or designs that would suggest such an idea.

“We Young” is the only NCT Dream song I’ve actually sat down and listened to, but I can say that it’s a cute song that makes you want to dance. The MV was fun to watch in all its lightheartedness, and the choreography was definitely a well-executed bonus. Between the upbeat vibe of the song and the bright and eye-popping visuals of the video, I definitely enjoyed “We Young” as a whole.

I congratulate NCT Dream on releasing their first mini-album and wish them luck and success during this promotion cycle! 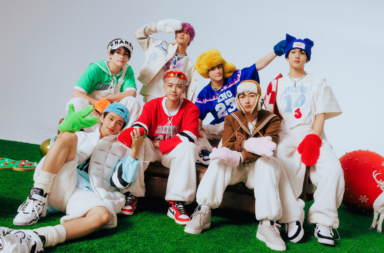