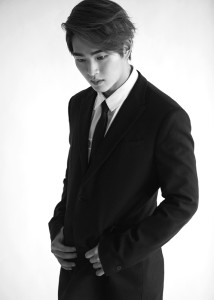 News breaking that Onew from Shinee had been accused of sexual harassment was at first greeted with typical reactions of shock and disbelief. As more details emerged, public sentiment seemed to shift from believing Onew was wholly innocent to excusing him for his actions because he was drunk. This was in part helped along by SM Entertainment’s statement on the issue, characterising it as a ‘misunderstanding’. After applying thought to the context of the alleged harassment, should Onew be absolved of consequence because his judgment was impaired?

The incident was reported on Saturday, 12 August, at the Gangnam Police Station in Seoul. Police said they had booked, Lee Jinki (also known as Onew) without physical detention for allegedly sexually harassing a woman. The woman said he had forcibly touched her while they were both at a club. A friend of hers called the police and confirmed that he had witnessed the inappropriate contact. Onew apparently told law enforcement that he had no recollection of the alleged incident because he was black out drunk.

SM then released the following statement:

Onew visited the club to celebrate with his friend who had just debuted as a DJ. The incident was a misunderstanding, as Onew accidentally made physical contact with the woman while dancing on the stage drunk. The person acknowledged that an incident like that could happen under the influence of alcohol and dropped charges against Onew. He will cooperate with the police investigation. – SM Entertainment 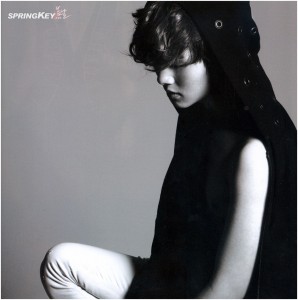 Police stated they spoke with witnesses and reviewed closed circuit television footage from inside the club. The place where the incident happened was in a camera blind spot but multiple witnesses confirmed that Onew touched the woman (referred to as A) more than once and that he was drunk.

According to Dispatch, one witness commented, “Onew was almost unconscious. I think he probably touched A’s body when he fell.” A is reported to have gotten angry, saying, “Why are you touching me?” One of Onew’s friends allegedly responded, “I’m very sorry. He didn’t do it on purpose. He’s really drunk.” A staff member of the club also told Dispatch, “A was hanging out on a platform above where Onew’s table was. That’s why he kept bumping into her.” The witness stated, “Onew couldn’t even stand. He grabbed A’s leg while sitting down. I think he thought it was a pole.”

The fact that Onew was intoxicated and that he grabbed A is not disputed. Multiple witnesses confirmed he touched her. What is being challenged are his intentions and his culpability. SM’s attempt to mitigate the incident by calling it a misunderstanding may have placated some fans but not everyone was mollified by this explanation, namely, the woman who had been groped. According to the police, she said in a statement that she withdrew the charge because of intense media attention and upon the request of SM Entertainment, but she maintains the harassment occurred. 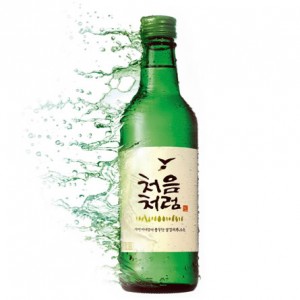 According to the theory of disinhibition, alcohol weakens brain mechanisms that normally restrain impulsive behaviours. A study on sexual assault and the involvement of alcohol found its effects on cognitive and motor skills can contribute to assault through their effects on perpetrators’ and victims’ ability to process and react to each other’s verbal and nonverbal behaviour.

The study further found that beliefs and experiences with regard to dating, sexuality, and alcohol increase the likelihood that a man would misperceive a female companion’s sexual intentions, and that this misperception would lead to sexual assault. Basically, Onew’s drunken state could have meant his inhibitions were lowered and he grabbed the woman on purpose. The other scenario is that his motor functions were affected as well as his ability to accurately perceive his surroundings and he made a mistake that was interpreted as an aggressive sexual approach. In both these scenarios, Onew’s decision to drink too much can be recognised as a factor but not necessarily a mitigation. After all, he is a seasoned drinker and presumably should know his own limits.

References to Onew’s alcohol consumption are frequent on variety television. He’s been mentioned by his own group members as a person who drinks a lot as well as industry label mates. Onew admitted himself that he was unable to remember the circumstances of the incident because he was black out drunk at the time. Drinking excessive amounts of alcohol is a problem of individual choice unless it affects other people.

“All adults have a right to enjoy drinking. However, for those who cannot balance their right to drink with others’ health and well-being, and begin to harm others, the government should take the responsibility of preventing them from progressing to the more serious state through the active therapeutic intervention in the criminal-justice system. – The Relationship of Alcohol and Crime in Korea, Lee Kye-Seong

In 2012, the Seoul Metropolitan Police Agency declared war on “violent behaviour under the influence of alcohol intoxication”. However, punitive measures have not been sufficient. Leaving people without any referral to treatment for their simply allows them the problem to worsen. Alcohol was involved in about 76% of public offences in 2012, and police report that about 40% of all violent crimes are alcohol-related. Onew’s actions may not have been as severe as others who are under the influence, however, his behaviour was disturbing enough to prompt legal intervention.

The inappropriateness of his conduct may have been accidental but his actions caused distress and facing consequences for harmful behaviour is a part of life. Grabbing the legs of a friend during a boozy evening may become a funny story but doing it to a stranger has larger repercussions. Onew’s cooperation with the investigation and prosecution of the case demonstrates a willingness to accept at least the legal ramifications of his actions. Whether he addresses his consumption of alcohol is a personal decision. Misunderstanding or intentional harassment, either way, blaming booze isn’t always a way out.