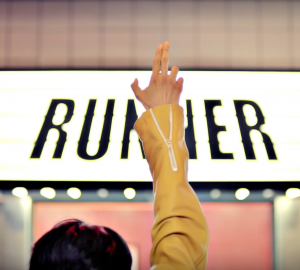 When it comes to underappreciated idol groups especially from smaller companies, Top Media‘s Up10tion takes the cake without a doubt. After an eight-month hiatus, the boys have returned to the music scene with their newest title track “Runner” off mini-album Star;dom. Though short of Wooshin, who was reported to be suffering from mental distress possibly due to the sexual harassment controversy with Somi, this didn’t hinder the group from making their highly-anticipated comeback.

Similar to their previous comeback “White Night” where they donned on ice hockey uniforms, Up10tion sports a youthful athletic concept this time to complement the track. But compared to the former, “Runner” is a more laid-back track so it’s unclear whether this would be their breakthrough song.

The MV begins with a hooded figure walking towards a boxing sandbag, before transitioning to a black room with neon white arrows. The members then appear with their arms raised to signal the firing of the starting pistol. Following that, it shows the various members in different sports-themed settings, namely a boxing gym, locker room and most prominently, a track venue.

Though the aesthetics of the MV were commendable, it’s dejectedly fixated more towards the boring side of things. Merely comprising of random scenes of the members gazing into the camera, them posing with their sports equipment and shots of the choreography, it lacks an engaging plot and the precision of a well-conceptualized piece. It’s almost as if these elements were mindlessly thrown together, for the sake of creating an MV. 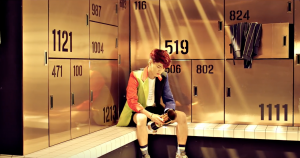 Following the lackluster MV is the underdeveloped track itself. “Runner” follows the growing trend of the tropical house genre that has culminated recently due to an influx of idol groups taking on the same copy-and-paste sound. While I like Bitto’s grating voice and was initially captivated by the strong electronic beats, I cringed at his English introduction “Did you love me, lady? Anyway, I was so lonely” and realized that Up10tion has this tendency of kick-starting their title tracks with an unappealing English introduction.

But beyond that, the lyrics for “Runner” lies a deeper poignancy as it draws a parallel between the adrenaline from falling in love to that from running. The lyrics reek of desire and passion for love in an optimistic and propitious light. Yet, it could also reflect Up10tion’s position in the competitive industry and their determination to strive on.

I’d like to control my pace
All of the time ahead, I follow my heart
Seems like I’m tired already,
I want to rest
Out of the time,
Don’t toss the abandoned baton
Let’s finish the setled course 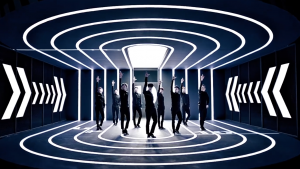 The pop-dance track does start off strong, characterized by its heavy EDM beats and hip-hop elements. However, the verses just don’t do justice to its strong introduction. While the melody gets the job done, the arrangement seems messy and a tad unstructured at some parts.

The understated chorus is also disappointing. The effort to make it more dynamic is evident but it still lacks a rousing build-up that I was anticipating for. Hwanhee’s voice in the chorus adds a tinge of color to it but the slight climax doesn’t captivate for long. It required a few more listens for me to be familiarized with the neutral mid-tempo sound.

That said, the vocal work does dictate throughout the song, which saves it from being too monotonous. The rappers also prove that they are as competent as the vocalists in pulling off the track, despite it being underdeveloped on its own. Though there’s nothing lacking in the way they’ve executed their parts, the track somehow still fails to grasp when everything is placed together.

However, Up10tion delivers in their outstanding choreography. When I first came across the title, I wondered if it was going to be similar to BTS’ “Run” because how many different dances could there be for the concept of running? I was rather relieved when they adopted a rather innovative choreography, which stands as a testament to their skills.

Besides the starting pistol sign, the signature move for “Runner”, the choreography for Kogyeol’s verse after the first chorus is probably the most impressionable. As he sings “Follow me to the finish line of destiny”, he walks down the formation and taps the hands of the other members, drawing the audience in along with him. As he reaches midway, Jinhoo then jumps out from the other end of the formation, forming a cohesive follow-through. Their solid and refreshing choreography could possibly compensate for the mediocre track and set them apart from other groups.

With a spate of rookie boy bands, it’s uncertain whether this song would pave the way for Up10tion to gain more exposure or it would just bury them under the mountain of summer comebacks. Top Media needs to step up their game and further develop the group’s potential with better and catchier tracks. They definitely need more work in terms of establishing their sound to surpass being just another unappreciated idol group.