South Club Tries to Channel the Past on "90" 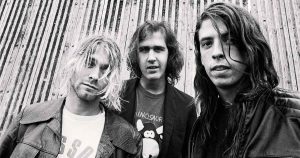 You cannot claim to be a 90s kid without acknowledging the sheer scale of rock superstars Nirvana. While musically they were nothing to be scoffed at, their success and huge impact arguably came more from how different they were from literally everything else. Music in the 80s was all about the flash and the aesthetics, and the music itself was — thanks to the influences of the New Wave and the second British Invasion — synth-driven and catchy. Progressive rock and hard rock had started to fade out of the mainstream, and the only metal that survived was hair metal – big, bombastic, over the top, and just as focused on appealing to a mainstream audience rather than expanding the genre. As the 80s faded, many saw the music scene as a conglomeration of drugs and money; everything designed to please the lowest common denominator with shallow, empty music.

Then came the 90s, and along with it Nirvana, the antithesis of everything the 80s stood for. They were real people, playing real instruments, speaking to the masses about real things. They had a genuineness and honesty that was so different from any other big acts at the time that it just wiped the musical slate clean. What we think of as “90s music” did not start until Nirvana, and their best-selling 1991 album, Nevermind.

It is with this in mind that South Club titles their debut effort 90, in homage to the fact all of their members were born in the 90s, and a reverent nod to the epochal band that shaped the following decade — and rock music — for good. Led by former WINNER main vocalist Nam Taehyun, alongside Kang Kun-ku (guitar), Jang Won-young (drums), Solomon Kim (bass) and Choi Yoon-Hwi (keyboard), 90 is an ambitious effort for an indie group, and though it doesn’t quite meet its’ lofty goals, it is a pleasant listen nonetheless.

It has to be said: 90 peaks early. If there were any doubts left about the creative direction Taehyun has adopted since leaving Winner, “Dirty House” dispels them with a bang: it follows the Nirvana blueprint to a T. As grunge, “Dirty House” contains the soft-loud dynamics, the obligatory guitar solo, and the earth-shattering chorus in the vein of defining Nirvana tracks such as “In Bloom”. Taehyun’s voice is pushed to its limits here, his guttural bellows unlike anything we’ve expected from him before. The sheer unexpectedness adds on to an already solid track, making for a fantastic opener to 90.

“I Got the Blues” swiftly follows, and musically it sets the tone for the rest of the album. As the name suggests, it depicts Taehyun down in the dumps, singing his troubles away.

I think I drank too much last night

I open my eyes and I’m thirsty and so hungry

So I call my friend and say

I Got the Blues

I Got the Blues

Yeah, I Got the Blues

I got the Blues, Baby!

What really makes this track shine is all the little subtle changes and inflections in Taehyun’s voice as he glumly repeats that he’s got the blues. One moment there’s a playful lilt in his voice, one moment it’s guttural à la “Dirty House”, and near the end he abandons the concept of tune entirely, like a man who’s had a little too much to drink. The simple melody paired with the admirable versatility of Taehyun’s delivery makes this another strong track, perfect for singing along when performed live.

“Believe U” dials it back a notch, acting as a laid-back, bluesy, charming ditty where all the members of the band gets their moment to shine. Lyrically, it describes Taehyun expressing his firm belief that his girlfriend will be fine at whatever she does, even when they break up. In a rare occurrence, all members lend their vocals harmonizing behind Taehyun on the chorus, adding another degree of charm to the otherwise stripped down track. Kun-Ku in particular is masterful on this track, delivering a gorgeous solo over Yoon-hwi’s understated chords, and its intermittent, ever-changing wails throughout keeps this song from going stale.

Kun-Ku’s guitar also elevates what would have otherwise been a merely unobjectionable track, “Hug Me”. Upon initial release before the album, I found this track unremarkable. On the album however, segueing from “Believe U”, Taehyun’s rarely tapped lower register does wonders as he mumbles his way through one-night stand after one-night stand, cigarette after cigarette, after a particularly bad break up. In a lonely stupor, he contemplates his depressing situation; at the end of it, all he can do is ask for a hug from the girl du jour lying with him.

The day goes by

When I fall asleep and wake up again

No memories of it remain

Did I commit a sin?

Am I being badly punished?

Please stop, stop, take me away

As the bridge rolls to a close, and Taehyun seems exhausted by it all, Kun-Ku finally steps in right on time, delivering an understated, melancholic accompaniment behind Tae-hyun’s poignant pleas, rounding off what is without a doubt — lyrically — the strongest track on 90.

Unfortunately, the individual strengths of each of the former tracks only serves to point out the inadequacies of the last two. “I.D.S” is repetitive, but unlike “I Got the Blues” Taehyun doesn’t attempt to provide the same amount of versatility in delivery with each repetition. The key line he repeats, “I don’t give a shit”, quickly wears on the listener, and by the time it nears the end, not even Kun-Ku’s slashing of the guitar manages to save this track. The track is simply mundane.

Similarly, “Liar” is hampered by a lack of energy on Tae-hyun’s part. The frankly monotonous chorus does nothing to excite the listener, to connect with them despite the accusatory lyrics accusing his lover of dishonesty.

Liar, whenever you open your mouth

Lies are engraved on your lips 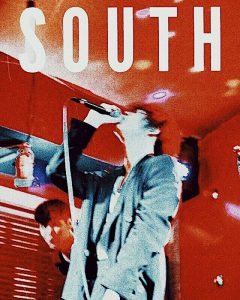 The little burst of energy he gets at the end before signalling the final breakdown — once again, Kun-Ku pulls his weight and more — nearly saves the track from being a complete wash-out, but by then it really was too little too late, and by the time the outro “See You” begins, one becomes less than motivated to finish it all, especially when it becomes apparent no one sings and there’s no slashing of the guitar, only the beating of a drum over spaced-out production and synths. As with all concert endings, if it was intended to be the track played as Tae-hyun introduces his band members one by one, thanking the audience for coming, a little more obvious participation on the band members’ part would have been welcome. As it is right now, it feels unnecessarily tacked on.

90 is an ambitious project, no doubt about it, with 5 planned MVs being released amongst 7 tracks, but as it is, South Club seems to be all style and not enough substance. Lyrically, it’s nothing groundbreaking, though the simple and charming lyrics can get dull at times, no ‘speaking to the masses of real things’. Nirvana fans searching for a WTF moment in 90 in the vein of “Smells Like Teen Spirit’s” ‘a mosquito, my libido’ are going to be sorely disappointed.

That being said, despite falling apart on the last two tracks, 90 is an undeniably easy listen overall, with guitarist Kun-Ku almost stealing the spotlight with his well executed guitar solos here and there. You can tell which tracks Taehyun particularly enjoyed, and those tracks are fantastic. As a debut effort, 90 has succeeded in catching our attention. South Club’s subsequent release later on this month will tell us if they deserve it.

(Youtube [1] [2], Images via South Buyers’ Club, Rolling Stone. Special thanks to Lo for her introduction to Nirvana.)