After a successful North American tour and months of anticipation following their three pre-debut singles, on July 19th co-ed group KARD not only debuted with the nostalgic “Hola Hola” but also released a mini-album in the same name.

KARD has a medley of interesting vocal tones that stand out from each other but works just as well together. BM has a very deep yet melodic voice that is reminiscent of T.O.P and RapMon, whilst J.Seph has a harsher edge with a rapid delivery that keeps the listener hooked. Somin has consistency with her vocal control that is imperative for all the high notes she hits and Jiwoo has the grittier edge that adds dimension to both her low and midtones. KARD knows their vocal strengths and employs them with effectiveness for a majority of their tracks.

“Hola Hola” starts with all three of their pre-debut singles are part of the album.”Oh NaNa” is the first song and sets the stage for a tropical house sound that remains consistent in the entirety of the album. The song starts on a very bright note that is in tune with the lyrics of the song — it’s all about the thrill of the chase that comes with flirting with someone you are interested in.

The back and forth in the song as evidenced by the lyrics and respectively switched between the male and female members matches together with great chemistry.

So perfect, you can ask me for anything
I’ll be your home

Moving onto the next part of the story, “Don’t Recall” starts on a clinical and frostier note than the previous song with a much more subdued beat. With this arrangement, it allows for their voices to be less overshadowed by the instrumentation like it was in “Oh NaNa”. The track speaks to the relationship that has taken a turn for the worse with both sides struggling to recall the good in their relationship whilst ruminating on the bad. The lack of too many extra effects truly makes the regret in the song tangible to the listener. 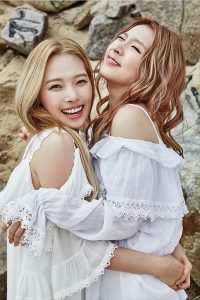 Wrapping up the story is the dark and moody “Rumor”, where the singers take a look at the different perspectives and reactions when they hear that their significant other is seeing someone else. The song builds on the previous two, both lyrically and stylistically. “Rumor” is the ballad of the trio — despite the beat picking up at times, the delivery of all the verses in the song is much more slower. The pace of the track gives gravitas to the lyrics, where both parties in the relationship are dealing with vicious rumors about being seen with someone else when they haven’t gotten over each other.

There’s no way, this doesn’t make sense
I wanna believe that they saw wrong

It’s so hard, pretending to be alright
According to my friends
You already found someone new

A stark departure after the pre-debut songs, “Hola Hola” brings us to the titular track that is in tune with a thematic summer sound whilst still maintaining genre consistency. The song has subdued verses primarily driven by the underlying beat and that allowed the members to control the flow and tempo of the song. The vocal set-up is similar to the other songs, save for Jiwoo‘s surprise rap verse, which was a pleasant surprise in the utilization of her vocal color. The song continued their trend of drops being easy to groove along to and the synths are added for further variety. The track closes with an explosive but tragically short bridge that feels just a touch awkward to the ears . 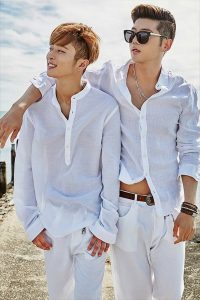 The second to last song “I Won’t Stop” on the album is a remake of an old co-ed group from DSP called ZAM — the song that KARD gave their fans during their tour before their debut. The remake contains many elements that significantly elevates it from the original: the heavy EDM elements during the chorus, the rap breakdowns and the use of instrumentals to drive the song forward. The song takes a minimalist approach on the topic of striving towards the future and overcoming obstacles.

The final track “Living Good” is an ode to the fans, friends and family who have supported KARD. Both BM and J.Seph’s verses speaks of their struggles to make it in the industry, the doubts they had faced, overcoming obstacles and an oath that they will continue to put their best foot forward. The ending of the song where the girls have a quick monologue and shout-out name chants and different cities all over the world is the perfect casual yet personal touch that wraps up the album.

Overall, “Hola Hola” very much sticks to the tropical house sound they established themselves with the pre-debut sounds. They are not forcing open a door that is already open and the album sounds cohesive when listened back-to-back with distinct changes between each song. The call to diversify their sound going forward is understandable but if they did a 180–turn from their pre-debut material, it would have been jarring to say the least and quite alienating to their established international fan base. For their first mini-album, it is the best and smartest tactic to continue the style that got them so much exposure in the first place. 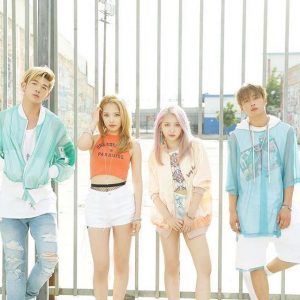 Going forward, KARD has the potential to make use of more interesting arrangements and harmonies to highlight that they’re a co-ed group. It is possible for them to stay in this genre whilst exploring different sounds. It would be incredibly refreshing to see them as a co-ed group to change up the dynamics for how their songs are written and to dig deeper to talk about unusual topics in K-pop such as getting over a relationship, unrequited love, cheating partners, and long distance relationships (to name a few). Until then, I await my hard copy of this album that will undoubtedly be on repeat for the remainder of the summer.