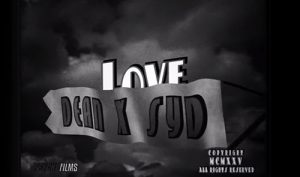 Dean and Syd (of new-wave R&B band The Internet) take us on an adventure through the ups and downs of love. Before we unpack the obvious metaphorical imagery of the MV, let’s talk about the song itself a bit.

Lyrically, it’s a love song, point-blank. There’s nothing mystical about the title. However, for most, “love” is a loaded word, wrought with a lot of hidden meanings that cause anxiety, self-doubt, and for many an urge to question their true intentions and feelings for the person they have strong affection for. What’s so refreshing here is this song takes love back to its simplicity.

Yes, we as humans question what we want out of life, out of the people we build our bonds with. But in all actuality the act of love, the pure emotion of it is relatively simple. Love is the soul’s reaction to another. It’s about happiness, endless possibilities. There’s nothing piddling about the emotion. It’s infinitely wide and open to all those who accept it with ease. How people respond to it, though, has always caused many to question how it’s possible to say the word and mean it every time.

Throughout the song Dean and Syd speak love without saying the word more than a few times. Syd says, “You give me something I need in my life. Second to nothing you come.” That’s love, pure and simple. Her love elevates her to greatness, gives her that extra “something” that completes her. She goes on to say, “I’ve got intentions, babe / But I need your blessing, baby.” Love isn’t selfish. It’s welcoming, it’s open, it’s patient. Even with obvious needs, Syd isn’t going to force anything on the object of her affection. Love requires her to honor the wishes of the one she’s pursuing. You don’t force love. Love happens, and in true love fashion, if it’s meant to be it, it will be.

Dean adds, “Don’t know where we’re going / Let’s live in the moment.” Love is spontaneous. It takes you places you may never have thought you’d go. All one has to do is trust in love’s directions, trust that love will never lead you astray. Love is trust. It’s about being open to the possibilities of what life can bring you, promising you if you just listen to what your heart says, you’ll be driven in the right direction. 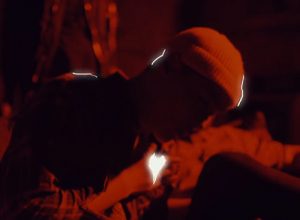 That, my friends, is the difference between love and lust. Lust is a natural, primal reaction to something… tasty. You see it, you want it. Cause and effect. Lust is your body responding to a need, a tickle in the flesh that wants to be itched. Love is your soul responding to the greatness in another’s. There are times when those feelings cross over to love and can sometimes intermingle, but lust can lead you astray. It wants something desperately to quench its thirst, especially because the body gets lonely and aches so easily. However, love is mutuality. It’s about two souls sharing, respecting, trading equally those things that make each other smile. Never self-serving, love is a partnership where all involved bring out the best in each other and help to lift up and nurture: “It’s all about the dreams you grew that gives my life another view.” But anyway, I’m rambling. Forgive me.

Beyond the lyrical content, the music itself has a ’30s radio mystery slant interspersed between the Samba-tinged melody. This combination of sounds and genres shows just how fun and unexpected love can be. There’s an effortlessness to how the sounds intermingle. The dawn of love is always tentative, a mystery. You’re not quite sure what to do with it until it’s sitting in your lap and infiltrates your limbs. At that point your only option is to move, to dance, to embrace the rhythm and ecstasy of the emotion as it works through you. Further once love enters, the future is still unsure, waiting for you to uncover its many secrets and surprises.

In terms of the music video, there’s so much to unpack. The conceit is actually quite simple to follow, but the depths of the imagery are still fascinating. 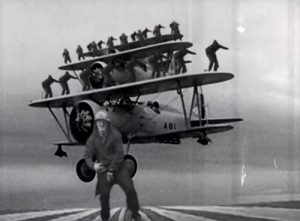 Dean spoke to Beats01 Radio about the metaphor of him and Syd dancing on the wings of planes, how love is equal parts exciting and dangerous. Delving deeper into the conceit, notice the time period of the film reel: grainy black-and-white film circa 1925, if the timestamp in the corner of the video’s introduction is to be believed. An aerial view of the “Hollywoodland” sign, that at it’s inception in 1923 promised a place of magic, where anything’s possible. The imagery of this iconic symbol, dating back almost 100 years, shows the timelessness of love, its magic and marvel. This decade also marked a transition of aviation technology from biplanes to the more advanced monoplane—through time, trial, and effort love evolves, transforming us from separate consciousnesses and making us one soul. As if to say we are stronger together than we ever could be apart.

But the planes themselves are significant. Aircraft at that time was either for experimentation or specifically for war. In fact, these planes in particular seem to be practicing war maneuvers and formations. Love is a battle, at times. It’s a battle to hold on to, to stay afloat in the insanity of the emotion. Further, it’s a battle not without casualties: hearts get broken, feelings get hurt. Compromises and sacrifices must be made in order for love to prevail. There must be an abdication of one’s own arrogance (an Ego Death, one might say).

At the song’s apex, Dean seems to come to a realization. In the chorus he and Syd throw in a little Bill Withers, proclaiming profusely “they know.” But when it comes right down to it, they’re still finding out the ways and curves of how love actually works. Dean breaks it down with the bossa nova bridge, explaining that it’s more than just being in a little bit of infatuation. His love interest has given his mind, spirit, his entire being a new view on the world. 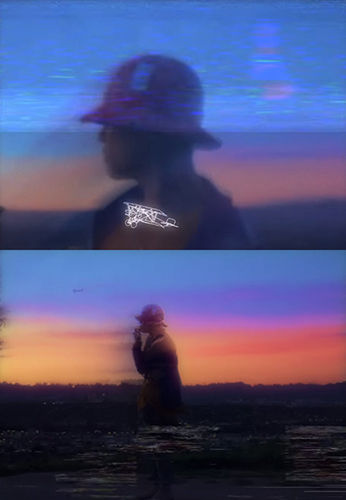 As such, the MV “evolves” (evidenced by the white noise of a television with the letters “EVOL” in the upper left-hand corner) from the grainy brightness of 1920s aviation to the modern-day backroom of a club or lounge. Dipped in red and black, we go from no color, to an oversaturation of the stuff, particularly the universal symbol for passion and romance: red. Every person sitting on the couch, basking in the crimson glow is suddenly outlined in rough sketches. At moments we even see Dean and Syd outlined as demons. Love is pure, but people can corrupt its intention, seeming to make a relationship hell on Earth.

But in the end, when love has its way (as in when Dean motions toward his heart, and the illustrator shows him literally wearing his heart on his sleeve) the darkness breaks and we’re given new light. As Dean sings the last couple verses, he’s suddenly outside, staring into the distance of his new dawn, making love sounds, leaving the feel of his soul’s mate on his lips.

The MV, just like the emotion it promotes, is simple. Not over-the-top, a low-scale exploration of what many consider a complex emotion. Still, there’s an almost unpolished feel to it. It’s not grandiose, it doesn’t insist upon itself. In that way it’s the perfect representation of love and what it means to totally give in to it. This is a collaboration that many (myself included) have been yearning for. Dean’s penchant for the wavy and Syd’s… everything was a match made in musical heaven. I honestly couldn’t have asked for more.