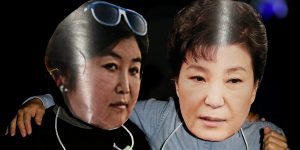 Hello everyone, and welcome back to another edition of SB Week in Review. This week will go down in history for its political news, but we still have your Hallyu updates:

Park Geun-hye‘s impeachment is now official, after the eight judges of South Korea’s Constitutional Court unanimously voted to uphold the impeachment bill passed by the National Assembly on December 9. Police were on high alert as protesters and Park Geun-hye supporters turned out in large numbers ahead of the announcement. While many Koreans, like Love X Stereo‘s Annie Ko, welcomed the decision, at least two people have died protesting against the ruling.

Meanwhile, in the world of entertainment: