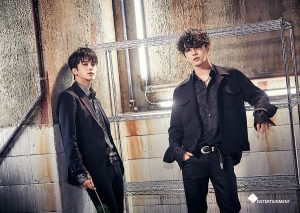 B.A.P’s leader Bang Yongguk has had the words inked on his chest for years and now the words are immortalized in the song that announces his return. The group has released the single album Rose along with the music video for the title track “Wake Me Up.” What we get with this album and video is the return of B.A.P’s roots as warriors. They not only have a sound, but a voice, and a need to say and talk about things that have been shoved under the rug for far too long.

The video for “Wake Me Up” can be dissected so many ways that there would never be enough space here to go into the intricacies. However, it does highlight so many of the things that young people struggle with today — body image, relationships, depressions/mental illness…the list goes on. With so many idols coming out about these issues recently, it’s not surprising that B.A.P is taking the moment to talk about them, especially when one in particular hits so close to home.

Throughout the video we see people of all demographics, showing that these problems affect all people. What really stands out is the singleness of each person and the vice they portray. The girl is eating the maggot-infested salad alone; the guy is struggling with his depression alone; there is a single protester trying to get people to join his emotion revolution. Yet, it’s in the end, when everyone is together, that things really seem to change. It’s poignant and powerful — the message is clear that if you reach out, you’ll find the answers and the help you need.

What ties “Wake Me Up” and “Diamond 4 Ya” so well together is the portrayal of the relationship gone bad in the MV and the theme of of the second song. At first, “Diamond 4 Ya” seems like a great love song about how you just love someone so much they take over your life. Put that’s just one of the bad things that can break a person down as portrayed in the video. The lyrics for “Diamond 4 Ya” say:

You blossomed inside my hardship
You’re the melody (woo woo)
Always whisper to me by my side
So we can go together, hold onto me
….
You’re my everything
The reason I live

Sounds sweet, right? But what about when you sink into depression and that person doesn’t know how to handle your mood drop? Will you sink into the tub of water like the man in the video? Or try to change yourself so much you hate your reflection? Without the pressure of the circumstances that brought you together, is the relationship a true diamond, or just cubic zirconia? 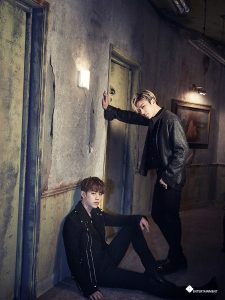 Looking at the album from a different angle, there’s been this a global push for people to “stay woke.” Whether we’re talking about politics, race, sexuality, or any number of hot button topics, young people are staying on each other to stay aware and stay informed. “Wake Me Up” and “Dystopia” (one of the accompanying tracks) are the epitome of this idea. This is not the time to sit quietly and let the world pass you by. It’s time for your opinions to be made known.

Both “Wake Me Up” and “Dystopia” talk about being “woke.” There’s a call to anyone that’s listening to stop taking whatever lies you’re being fed, stop living in your little bubble, and see the world for what it really is. And, once you do that, take your new awareness and make the changes that you wish to see in the world.

So why Rose as an album title? There’s the age old adage of “stop and smell the roses,” which is a fitting theme for the album. Not just in a take a moment to yourself to recharge way, but also meaning that you should take the time to think about what’s going on around you and your place in the world. Take care of yourself, mentally and physically, and use knowledge to your advantage versus rushing into things.

Musically, Rose has range of sounds, from rock to synth and a little bit of pop thrown in. We can always count on Daehyun to belt out high notes, but what makes this album really special is Himchan finally getting some decent lines. All in all, the album is solid as B.A.P’s releases have been, but there’s something inexplicable holding me back from truly enjoying the album. Maybe it’s the aforementioned sound changes– the songs go together but there’s a small lack of cohesion. 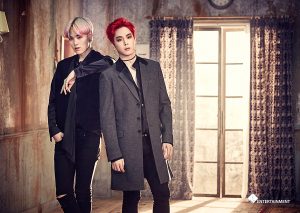 If you’ve followed B.A.P’s story since the beginning, or you’ve joined the train along the way, this album shows the range of styles the group is willing to take on, the courage they have to take on social issues, and the strength they have to continue going despite their numerous roadblocks. Stay woke, my people, and let B.A.P guide you to a new awakening.