Vromance is back early in the new year with emotional ballad “I’m Fine” accompanied by an equally heart-jerking music video. This comeback is in complete contrast to their debut with “She”, which featured a more groovy and jazzy sound.

The title of track of this album, Romance, is your typical ballad that’s perfect for the wintertime. I was thoroughly impressed with the vocal talents of Mamamoo’s brother group during their debut promotions, and this comeback has went beyond my expectations. I love the layering of their voices during the chorus part, and the members really express the tenderness and pain of the lyrics:

After time, even the pain will be forgotten

Don’t look back and leave

Of course, we can’t forget to mention the amazing high notes during the climax — this was something that I was looking forward to ever since the stably sustained high note in “She”.

Interestingly enough, when I first read the lyrics for “I’m Fine”, I would have expected the typical sad, heartbreak plot for the music video, but I was pleasantly surprised. The music video, which is set in black-and-white to heighten the nostalgic emotions, revolves around an old man who is a photographer. Outside of his camera shop, he carefully displays a set of photographs, each depicting a memorable yet painful moment presumably in his life, in chronological sequence.

The first moment takes place at the airport when he is a young boy as he bids farewell to his his best friend, who is leaving. Understandably, the boys are dejected beyond words, but just before leaving, the best friend gifts our protagonist with his favourite toy robot, showing the strong friendship between the two. The bittersweet smiles of the two boys are captured on film as the video transitions to the present where our protagonist, now the old man, looks on with a smile.

The second scene jumps in time to when young boy matures into a man and is leaving for the military. As he says goodbye to his parents, his mother tearfully gives his son a pair of gloves to keep from the cold. This familial love is further shown by the tight hug between the family of three.

The third scene shows a romantic breakup between our protagonist (this time played by Chandong!) and his then-girlfriend. It’s a heartbreaking moment as he looks mournfully at a picture of them in his wallet after he coldly returns his ring to her.

The track builds to a climax as the old man recalls a more recent memory of an old lady, who comes into the shop to get her photo taken. The love between the two is clearly shown in their eyes and smiles to each other. Unfortunately, the old lady is not in good health as the video transitions to the hospital with her in her last moments as the protagonist desperately tries to comfort her. As she passes away, the old man finally releases his pain and breaks down in the hallway. The music at this point in the video heightens the loss and emotions depicted, making for a truly tear-jerking music video. In present day, close-up shots of the photographs along with their respective objects of significance (e.g. the robot toy, the gloves) confirm that the old man is recalling past memories, and as he looks on at his shop, he turns into Chandong, reaffirming that Chandong is in fact the younger version of the protagonist.

Earlier on, I mentioned that I was pleasantly surprised by the contents of the music video, and this is because of the various types of love and pain that is depicted. It doesn’t just stick to your typical romantic love and heartbreak that is frankly overdone, it also portrays the love between friends and family. This, coupled with illustration of the very realistic and relatable moments in one’s life, makes for an amazing music video accompanying an equally amazing song. Well done, Vromance! 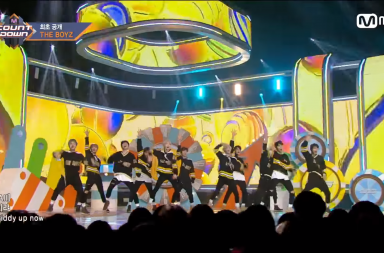 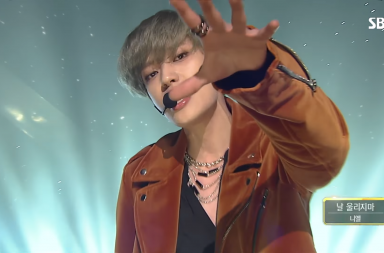