Exo's Winter Discography Delivers Once Again With "For Life" 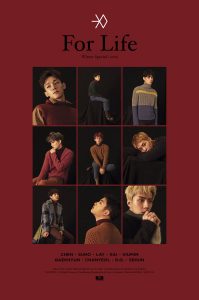 It’s the season of festivity, which in the K-pop world means that we get to enjoy companies’ special Christmas releases, idols’ covers of popular Christmas carols and, ah yes, Exo’s annual winter album. Since “Miracles in December” in 2013, the group has been known to make an effort to release something whenever this time of year rolls around, much to the mounting expectations of the public. This year, despite a busy year of promotions, the group is back with For Life, a mini album with a title track of the same name, “For Life.”

What is interesting about Exo’s winter albums is there is a general trend which the songs they contain seem to follow. The title track is always a ballad, while the B-sides are more lively sounding, and there is often a track that is surprising musically. For Life continues this pattern with its collection of 5 songs in both Korean and Chinese, packed into one album for the first time.

The title track, “For Life,” is a touching song that brings a sense of warmth in this otherwise cold weather. As you can probably deduce from the title, the song is about the singers’ determination to stay with and protect their significant other for a lifetime. The lyrics thus have a general tone of tranquility from the singer being cozy and comfortable with love of their life, but also a hint of passion as they declare their ambitions to protect them going forwards. This is appropriately reflected by the music – while the accompaniment is only a piano instrumental for the majority of the song, the introduction of strings helps bring out the dynamics of the song along with the rises and falls of the melody in itself.

One of the weaknesses of the song however, is despite its slightly more complex composition in comparison to some of Exo’s other winter singles, the melody doesn’t draw me in as much as those tracks. On the first listen, only the “Today, hugging you tightly / Giving you my heart and soul” stood out to me, and this part still remains the one I look forward to when I listen to “For Life” now. 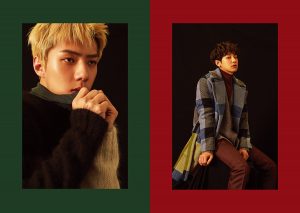 Just from the first few lines, “Falling For You” sounds significantly more playful than its predecessor. It was a smart decision to have Chanyeol sing the first few lines, as his attractive vocal tone combined with the catchy riff grab your attention right from the start. The casual “ooh ahs” give a general air of laid-backness, and also serve as a motif central to the composition of the song. The lyrics to “Falling For You” in particular are quite creative – they focus of the “falling” part of the phrase, and compare the singer’s feelings for a girl to the falling snow, consequently using an abundance of metaphors:

With countless dots and only one person

It must be a miracle,

how I fell on the edge of your clothes

The pace of the album then drops back down with “What I Want for Christmas,” which, by the way, is a track sang exclusively by Chen, Baekhyun, D.O. and Suho. Although not the most engaging song on the album, it’s a slow jam that is perfect for lazy winter days. It’s also the most explicitly Christmas song on the album, with its use of the familiar jingle bells melody at the end. The use of the vocal line exclusively for this track is an interesting choice, because while the piece isn’t very challenging vocally, the ensemble allows for an abundance of harmonies and ad libs, which enrich the piece. 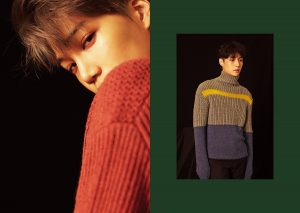 “Twenty Four” is probably the most jarring track musically, given the trap blues genre of the piece. It’s comparable to the song “The Star” on Exo’s first winter album, which is also heavily rap-oriented and stylistically different from the rest of the album, but “Twenty Four” takes things a step further. Contrary to “What I Want for Christmas,” it features exclusively the rap line – Chanyeol, Sehun, Kai and the recently introduced Xiumin.

Song-wise, “Twenty Four” delivered where “The Star” fell short – while the latter was not at all catchy to me despite its uniqueness, “Twenty Four” has an infectious beat that had me jamming (read: dabbing) along on the first listen. The repetition of “you’re my twenty four,” which is basically the entire refrain, also manages to make the song stick without being annoying; and in case you’re wondering what that phrase means, “twenty four” refers to the twenty four hours of the day, thus signifying “my day is you.”

The final song, “Winter Heat,” stays fascinatingly true to its name. The synths in the beginning give the instrumental a cool sound, but as the verses gradually kick in, the song’s tempo slowly increases to reveal the song’s upbeat nature – much like the way heat seeps in on a cold winter day. By the time the song reaches the “Once more warmly” verse, the beat has reached an compelling speed that excites the listener, and combined with the dramatic bridge, is one of the more engaging pieces in this album. Despite the lyrics full of yearning, which contain a hint of melancholy, “Winter Heat” is a fun and generally feel good listen that ends the album on a high note. 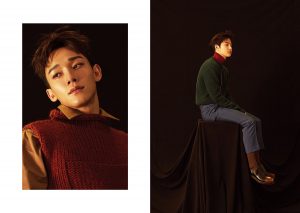 On the whole, For Life manages to pull off a fairly diverse collection of songs that all still remain consistent with the winter theme, and while some tracks are more enjoyable than others, the album as a whole is undoubtedly a pleasing listen. There is relative lack of promotion surrounding this album, but the quality of its songs sells itself, proving that Exo never disappoints with their yearly winter release.