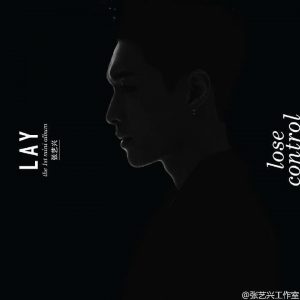 I’ve never really followed Exo. The couple times I did venture into the Exo universe I wasn’t exactly impressed, so I just let well enough alone and left the boys to their galaxy of dedicated fans. But when Zhang Yixing, known as Lay, was granted a solo, for some reason I was interested enough to give it a listen.

As far as first impressions go, this wasn’t exactly the best one. In the first place, Yixing doesn’t have the strongest voice. It’s no better or worse than your average idol singer, but if his solo work is any indication, his is a filler voice in his group, meant to make the sound fuller just by sheer numbers alone. Much of his vocal is stilted, a voice that’s been trained to hit the notes, but not much else. Any affectation seems forced, put there to infuse otherwise uninspired vocals with emotion.

That being said, musically the album is at least on par with most pop produced in Korea and, in this instance, China. Lose Control is full of the typical slow jams found in most pop music nowadays. Narrowing the focus to this album in particular, the sound overall is pretty much one-note, with a mid-tempo track thrown in there (“What U Need”) to at least modulate the rhythm and keep it from sounding all the same from first note to last.

The prevailing feeling of Lose Control is of the same syrupy sweetness one would expect from someone who may admire a particular genre but isn’t sufficiently skilled or knowledgeable in its nuances to execute it with any sort of authenticity. The entirety of the mini-album being the same sort of finger-snap and bass construction as popular R&B shows that Yixing does, in fact, have, at the very least, an appreciation of the genre. But his voice lacks strength and the composition lacks vision, thus making Lose Control just one in a glut of albums of the same ilk coming out of East Asia.

Lose Control opens with the title track and lead single. As I’ve not really listened to Exo, I didn’t have any preconceived ideas about what a solo album from one of its members would sound like. However, I was slightly surprised the title track was an R&B ballad, the title intimating at something with a bit more energy. The music is sexy-ish, banking on common conventions. It’s got a decent groove, but nothing especially memorable. The lyrics are the typical attempts at sensuality, using common imagery — “I just want my lips to touch and respond with yours”; “Your helplessness and indifference satisfy my shaking desires.” A decently penned song with very little flash that at least manages to introduce the album with something attempting to be daring.

We pretty much move along at the same speed from start to finish–semi-sensual R&B with PG-13 lyrics. There’s very little to differentiate 75% of the album besides placement of the fingersnaps and bass. I would consider “Relax” a fairly decent way to close an album. It does manage to calm a listener, put a comfortable langor in the limbs. Lay’s hushed vocal is warm here, adding dimension to the soothing quality of the track itself. However, there’s just one thing that manages to break the haze and act as more of an irritant than a conduit of soothing emotions: autotune.

Ah, my dreaded nemesis. It’s not groundbreaking, having long since become common in most every song released. But when used arbitrarily — with absolutely no conceptual merit or without adding a single thing to the song other than a dated and overworked computer trick — I take issue. The use of the computer effect does nothing to heighten Yixing’s vocal performance. It grates on the ears and takes a voice that’s already not exactly wonderful and turns it into a whining distortion that only serves to irritate and add another layer of mediocrity. 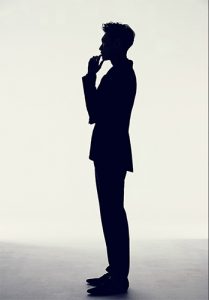 All that said, I can appreciate the attempts at soul. I’ll never begrudge anyone their desire to take a chance and create music based on their own musical interests. I especially give kudos to artists who handle most if not all of the creative process of their work. However, this album is pretty tame and unfortunately uninteresting.

There is potential here. If Yixing’s looking to do more vocally, he’ll need to stabilize that shaky foundation, nothing some work with a vocal trainer can’t rectify. From there, it’s all about strengthening the voice to sustain without relying heavily on forced melisma to end notes without your voice crumpling under the stress of too much technique.

Even further, he’s got to dig a little deeper. A musician studies the work of other artists, other genres, unpacks their favorite albums to understand the heart and soul of the craft, not just the posturing for the sake of reaching a lot of fans.

Musically, the album’s okay. No better or worse than most pop-infused R&B released in South Korea. No one would mistake him for a huge vocalist, but he gets the job done to deliver the songs he’s created. But for now I’ll again be leaving Lay (and his bandmates) to his fans, who’ll probably find more here to appreciate than I did.