2NE1 leader CL is currently touring North America on her Hello Bitches tour, performing 2NE1 songs and her own solo material at a number of stops. The tour has drawn a lot of attention, mainly for the fact that CL is a fantastic performer and this was an opportunity for North American fans to see her in action. Right now, though, CL’s tour has been grabbing attention for a less positive reason: the re-emergence of the original version of Crush solo song, “MTBD.”

Not many seemed to notice when the album first came out, but when a live performance from 2NE1’s All or Nothing tour was uploaded to YouTube, the altered arrangement meant that fans were able to discern the sound of a boy appearing to recite verses from the Qur’an, the holy text of Islam. As we have covered on Seoulbeats when this issue was first brought up, there was no unanimous consensus on whether it was the Qur’an being recited.

However, many Muslim fans were not happy with CL, YG Entertainment, and track producer Teddy, due to the impression the use of that particular sound gave. It as perceived as yet another example of exotification and appropriation, as well as inappropriate mixing of religion with the lyrics about Karma, a Hindu concept. Many Muslim non-fans were unhappy as well, with the Korea Muslim Federation even filing an official complaint, demanding that the song be altered, as well as an apology from YGE.

While YGE gave no official statement on the matter, it did change that specific section in the “MTBD” instrumental in digital versions and in the live performance video, above. The original version can still be heard on the internet, preserved on YouTube in the form of original album audio videos, and now, as fancams from the Hello Bitches tour. Unlike the first video, the alleged recitation can be clearly heard at the 3:07 and 4:05 marks in the video below, accompanied by a folded-palm gesture from CL, usually associated with Hinduism.

I want to take a moment to address the gesture, because cultures shouldn’t be mixed like that out of ignorance. There are times when aspects of Hinduism and Islam are mixed in a piece of art with purpose — one example I personally recall was a dance about Allah performed in the Bharatanatyam style (which is related to Hinduism), to honour the performer’s education at an Islamic school. But in this instance, as with Oh My Girl, components of two different regions and religions are being lumped together into one big brown monolith to represent some exotic other. Middle Eastern influences are a big trend in Western music styles; but that doesn’t mean you should use it as an excuse to act like a fool, in the pursuit of some misplaced sense of ‘cool.’

There has also been mention of CL twerking during the sections in question; from the above video, it is clear that CL is not twerking during those parts, though I am not sure if she did at any of the other stops on her tour. There is a lot to criticise CL for in this matter, but twerking during what may or may not be a Qur’an verse is not one of them. I also take umbrage at the consistent mention of twerking, as though the dance has been used to degrade the Qur’an. Twerking in and of itself isn’t necessarily vulgar, it is mainly considered that way due to its African origins and the continued hypersexualisation and dehumanisation of black women. We must avoid parroting sentiments born of antiblackness when discussing a matter that should be critiqued.

As seen in the tweet above, fans have been discussing this reappearance of the contoroversial instrumental using the hashtag #cl_stop_using_our_quran, and even taken steps to notify CL’s tour management. CL herself has been receiving critical remarks on recent Instagram posts, including, sadly, threatening comments that no one condones.

Hopefully, the edited version of “MTBD” will be used for the tour’s remaining four shows, the first of which is in Dallas, tonight. However, the question remains as to why this was allowed to happen in the first place. YGE clearly knew there was an issue with the song, and took the step of changing it so that the official digital version no longer had the singing in question. So, why was it used on this tour? Was it simply an honest mistake? A miscommunication? A lapse of judgement? Did the team think that, unlike in South East Asian countries with large Muslim populations, there wouldn’t be as much uproar in North America, and that therefore it would be OK to use the original track? Or, as the more cynical of us have been thinking, is this a ploy to grap attention? I truly hope that last possibility is not the case — or the third one, for that matter.

If this is a case of ignorance, it feels harder to accept the second time around. YGE has already been through this once, and despite their silence, the agency’s actions show that there was an understanding of some capacity of the issue at hand, as well as knowledge on what exactly to amend to appease critics. And this did not happen recently; 2014 was before CL started making her push in the US, and well before the Hello Bitches tour was announced. As such, wouldn’t the newer version of the track have been passed on to Scooter Braun and the rest of CL’s US management? What exactly went wrong for there to be a repeat of the same mistake? 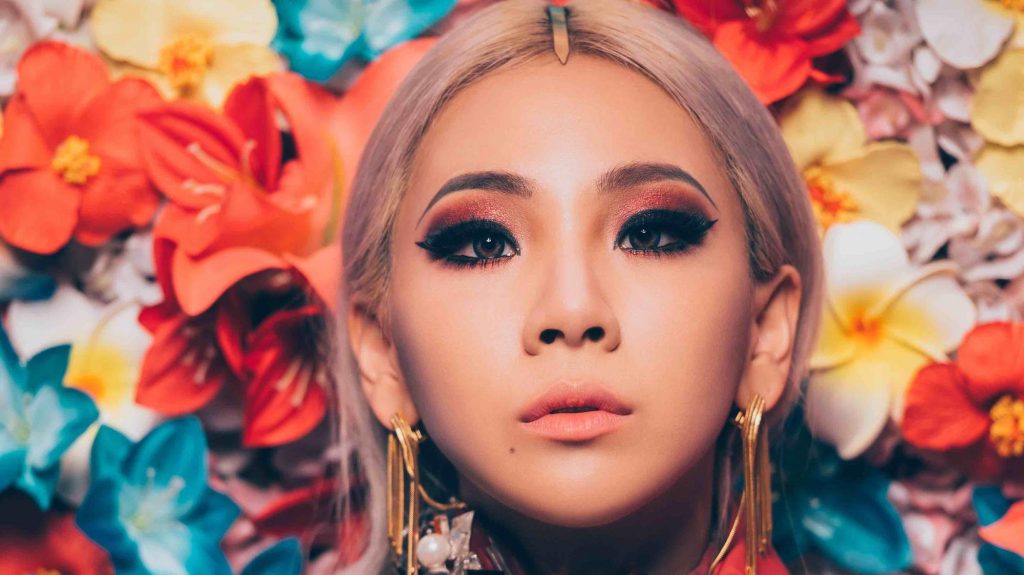 And where was CL during all of this? Surely, she’s aware of what happened, and could have flagged the issue during rehearsals? There may be a legitimate reason as to why none of the checks and balances worked out to avoid this issue, but as it stands, there is just the disappointment of an idol repeating the same mistake, giving the impression that they don’t really care. It hurt a lot of fans when Zico, after apologising, used the N word again; and I’m sure it’s hurting a lot of CL fans that this version of the song is being used with apparent impunity.

It is not known for certain if the sound sampled in the original version of “MTBD” is from the Qur’an or not. However, Muslim groups did raise the issue and YG responded, by amending the song. That the company would now allow that effort to fall by the wayside is what has fans so concerned and critical, not to mention exasperated that this is becoming an issue once again. Hopefully, this is the last time.

UPDATE: Footage from CL’s concert in Dallas shows that the edited version of “MTBD” was used. During this part, CL stood silently, while the crowd sang.

UPDATE 2: CL has now apologised for the incident: