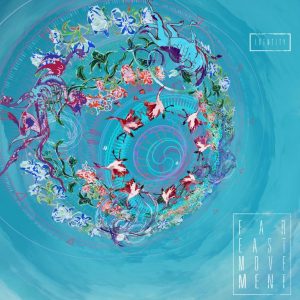 Releasing a self-sufficient album four years after achieving two top-ten hits on the Billboard Hot 100 — one of which actually managed to became the first song ever by an Asian-American act to reach number one and sold more than 4 million downloads — would seem like quite the challenge, but Far East Movement were more than willing to rise to the occasion, successfully adding a new facet to their group name with the release of their latest album, Identity.

Aptly titled as such, the album is a culmination of everything of the “identity crisis” the group had suffered prior to the release of their album. In an interview with NBC News, member Kevin “Kev Nish” Nishimura had stated that Far East Movement had faced record label executives who were trying to figure out how to make the group “less Asian”, and that their situation was a kind of identity crisis “in the sense that [the members] were from the US, and [they] were 100 percent American”, though that wasn’t the kind of sentiment the group was feeling at the time. The group further elaborated on Nishimura’s thoughts in an interview with Billboard, stating that the concept of identity “had always been an issue with [the members]” due to how they had always thought of themselves as Americans, though others did not feel the same. “…Asia sees us as foreigners while people in the U.S. might think Asia is home to us,” the group had added.

Feeling quite upset, the group took a break from the Western music industry, and traveled around Asia in a move that the members claimed “gave [them] some real clarity on [their] own identity.” The trip also gave Far East Movement the opportunity to brush up on their production and writing skills and learn about the music industry, business culture, and proper customs of Asia. Soon after, the group had commenced working on the album itself. Although all of the artists featured on the album come from various parts of the world, most of the artists come from Korea — a move that pays homage to the humble beginnings the group came from in Koreatown, Los Angeles. “Koreatown has definitely been our backbone.” Nishimura said to Billboard. “Every time we would poster and do an event, Koreatown has always been supportive.” 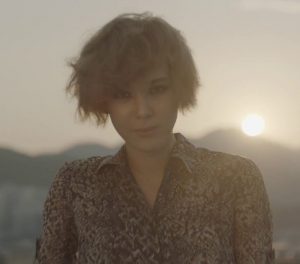 In terms of the actual music found on the album, the group believes that all of the songs are ones that “anyone can relate to independent of their race or place of birth.” With Western artists such as Macy Gray, Tinashe, Soulja Boy, Big K.R.I.T, and MNEK being featured on the same album as Asian superstars like MFBTY’s Yoon Mi-rae, AOMG’s Loco, Exo’s Chanyeol, SNSD’s Tiffany, and SISTAR’s Hyorin, Identity definitely brings about an eclectic mix of Far East Movement’s familiar EDM/pop sound along with pieces of R&B, soul, and hip-hop that combine to create a masterpiece of an album.

Identity opens with “Fighter”, a song featuring Korean rapper-singer Yoon Mi-rae and Norwegian producer Autolaser that is possibly one of the most personal songs on the album. Serving as a tribute to Korean families that had emigrated to the United States amidst the Korean War, the song uses traditional Korean instruments, and speaks of persevering with a friend or significant other through whatever challenges they may face.

The music video simply acts as a visual aid to the song, consisting of a balance between the past and the present. The past is represented by vintage footage reels of Korean families working in fields, moving their belongings from one place to another, as well as ships that presumably sailing from Korea to the US, and the present by Yoon Mi-rae singing from the top of a building and the members of Far East Movement walking, and subsequently running, through tranquil scenery of the forest and the city.

What truly binds the entire video together, however, are the digital effects that place rural Korean scenery at opposite ends of the screen. Appearing at the beginning and end of the video, the spectacle truly encapsulates the bridge Identity is hoping to create between the Western world the members themselves came from and the far-away Korean lands that hold their own spot within the members’ ancestral history.

“Freal Luv”, featuring the vocals of Tinashe, the rap of Chanyeol, and the beats of producer Marshmello, acts as the album’s lead single. As stated by the group in an interview with Billboard, the song was released in the hopes that “the first record [they] put out felt positive” and was relatable to anyone “no matter what city they’re in” under the concept of love, or real love. The track definitely holds its own as one of the most EDM-influenced on the album, with Tinashe’s slow and slightly breathy vocals giving the song a sensual dimension that fits right in with the hard-hitting, bass-filled instrumental.

Chanyeol receives props not only for being able to rap mostly in a language foreign from his own, but also for holding a tempo and command of his voice that never seems to fall out of step with the members of Far East Movement.

Arguably, it’s something of a task to figure out what kind of music video would accompany the song, but David Lin and Dpd’s directing, along with Far East Movement and Dpd’s production are able to create a music video that, while a bit trite in following the urban aesthetic of smoking, drinking, and city life that many in the music industry seek to achieve nowadays, is also quite unique. As in the music video for “Fighter”, the group experiments with graphic effects once more, though psychedelic vibes emerge this time around, complementing the ethereal feel “Freal Luv” is reminiscent of, while the prominent presence of the color red very much adds to the sense of passionate love the song’s concept deals with.

One song — like many on the album — worthy of honorable mention is “Umbrella”, the group’s collaboration with SISTAR’s Hyorin and Taiwanese-born, California-based producer Gill Chang. Chang provides the instrumental to the track as a remix of his original song “Stay Quiet”. This track, the seventh on the tracklist, might be one of the album’s best attempts at a fruitful Western EDM-influenced song that still retained Korean elements–specifically, the Korean language. As only one of two tracks on Identity that is sung entirely in Korean, it’s quite refreshing to see what it would look like to have a Korean artist take almost full control of a Western-based song, but not have their lyrics conform to the English lyrics one might expect for a track meant for international release.

Another aspect of the song that definitely sticks would have to be the lyrics. Written by both the members of Far East Movement, Hyorin herself, and a few other writers, the lyrics might be some of my favorite from Identity. Although “Umbrella” is one of multiple songs on the album that deal with the topic of staying strong despite hardships — ”Fighter”; “Fortress”, which features K-R&B sensation Urban Zakapa; and “Forever Survivor” featuring American soul songstress Macy Gray all also fit under the concept — it only reinforces how significant of a theme survival has been for the members of Far East Movement as they were in the process of preparing to create Identity, and the song’s lyrics are nevertheless poetic, as portrayed in the translation of the chorus:

There aren’t many songs I can recall that have used an umbrella as part of a greater concept about finding strength, but “Umbrella” is an exception, and a beautiful one at that.

As a group of Asian-American musicians who have experienced success in the Western world, it’s something of a revelation and a confirmation of the implications that come with a hyphenated identity. Having songs like “Umbrella” and “Fortress” being sung entirely in Korean on an album that is primarily in English shows a retention of one’s roots and what they are most comfortable with. Not only is Far East Movement paying a sort of homage to Koreatown, Los Angeles — home to the group’s beginnings in the music industry and the members of the group as a whole — but they also show respect to the familiar-but-distant lands of Asia where their ancestors hailed from.

The process of collaborating with native Asian artists, however, was complex and quite slow, something that Far East Movement was far from afraid to mention in their interview with NBC News. The group stated that the process “took cultural awareness in a sense of respect and understanding that these artists are big.” 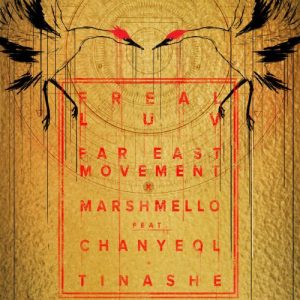 A common misconception outsiders sometimes have about Asian artists — especially K-pop idols — is that they are only popular within Asia. Any Western musician in the process of collaborating with an Asian artist should acknowledge not only that the artist has fans of their own awaiting material, but also that the artist comes from another realm of the music industry. Certain mannerisms and methods of asking to work together (e.g., sending an email, getting one’s number, etc.) may be effective in the Western music business, but may not be the best approaches in Asia.

Although one would simply need to make sure they take the necessary steps to accommodate themselves, it definitely pays off in the end. In the same interview with NBC News, Nishimura claimed that working and producing for artists in Asia helped lead the group to a greater appreciation, respect, and understanding of Asian culture — something beneficial not only to Asian-Americans such as the members of Far East Movement themselves, but to any musician hoping to broaden their brand into Asia.

Overall, Identity is an amazing album that definitely exceeded any expectations I had prior to listening. Whether that because Identity is the first Far East Movement album I’ve listened to in full, or because the collaborations were executed beautifully, or even that this album may have marked a new chapter of authenticity in Far East Movement’s music career, it’s remarkable and definitely worth a listen.