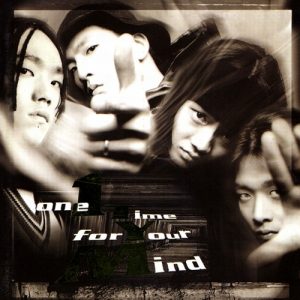 With all the upheaval going on at YG Entertainment these days, it might be easy to forget that before huge groups Big Bang or 2NE1 were making headlines, there was 1TYM. On the 28th of November in 1998, 1TYM — which consisted of members Teddy Park, Danny Im, Song Baek-hyung and Oh Jin-whan — dropped their first EP One Time For Your Mind. So today, we’re throwing it back to a more innocent, less jaded time in K-pop history and celebrating this one of a kind group that debuted eighteen years ago.

Although 1TYM have been inactive as a group since 2006, some of the members remain well-known on the K-pop landscape. Teddy Park is still at YGE, cranking out hits for the newer generation of idols, and group maknae Danny Im has branched out in a surprisingly different direction to make a name for himself as well.

Known to most KCON-goers these days as a popular MC, Danny Im also hosted Danny from L.A. in the mid-2010s, which was one of the first shows produced by the then-fledgling network Mnet America.With the mission statement to “cover all things Asian cool”, the show focused on catering to the English-speaking K-pop community. From interviewing fashion designer Jeremy Scott to up-and-comers like B.A.P. and BTS, Danny Im has done it all.

Sadly, the show isn’t around anymore, but that hasn’t stopped Danny from continuing to be an active part of the Korean music scene in the States. Vya, Madi and myself were lucky enough to meet and interview Danny during his downtime at KCON NY 2016, back in June. Danny gave us great, in-depth answers to our most pressing questions. From old-school 1TYM fans (like Madi) to K-pop newbies, his interview has a little something for everybody. Enjoy!