"Infinite Only" Stays True to Infinite 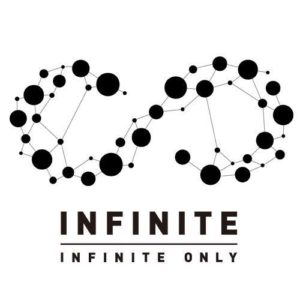 Consistency is a double-edged sword in the world of music. On one hand, it’s great to know that you won’t be side-swiped by a disappointing album that lacks the group’s identity. On the other hand, there may be a tiny part of you that wishes the group would surprise you in some way. That is to say, consistency is neither good nor bad, it’s just there. That’s probably the best way to describe Infinite Only, the latest release from Infinite.

This album doesn’t stray from the classic Infinite sound that fans expect. Like their previous albums, most of the songs are ideal cruising jams. The combination of an orchestral backing track supported by dubstep is something that Infinite has made a point to solidify as a signature of their music. Other groups have attempted this sound, but very few have come close to reaching their level. They either mix too many musical elements or copycat a formulaic production that mimics a majority of other idol groups. As great as it is that this sound put Infinite on the map, it has stunted them creatively.

Let’s use their title track “The Eye” for an example of what I mean. Listen, I love the song. It’s got a lot of positive elements going for it, and it didn’t hurt having that gorgeous, tango-inspired intro (“Eternity”) precede it on the album. I also appreciate the absence of a rap break, as Hoya and Dongwoo showed off their vocals in lieu of that.

Sounds great, right? I agree, however, I have a small bone to pick with the melody. Structurally, it follows a familiar pattern we’ve heard in previous songs like “Destiny” and “Back.” The song opens with a simple accompaniment as someone — usually Sunggyu — sings dramatically to match the mood of the instrumentals going into a crescendo. It works wonders for the group, so it’s not a surprise that they would stick to what they know. Unfortunately, it can create a sense of deja vu when your brain senses that you’ve heard something similar. The fact that “The Eye” is another break up song doesn’t really help shake that feeling either.

Rphabet has been a reliable producer for Infinite, and the proof is in the level of quality between albums. Every song on Infinite Only is well-made, but that’s where I have mixed feelings. As much as I enjoyed the songs, there were a couple that stood out for their mediocrity. “One Day” and “Thank You” could’ve been sung by anyone, and that’s not a good thing when you want to create songs that suit this group specifically. 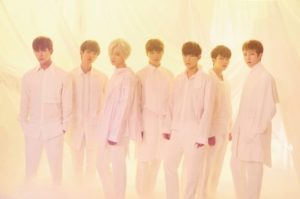 I’ll give “Thank You” a small pass because it’s clearly a song meant for Inspirits. If you’re not their fan, you may feel meh about it, but fans will probably hold hands and sing in unison as they think about how long the group has been together. For anyone who supported the group from the start, I can see this song being especially meaningful to them. “Thank You” is definitely the tearjerker at the concert that will have Inspirits hugging each other and throwing hearts at the group.

Something that did strike me in a positive way is the improvement of Sungjong‘s vocals. His baby voice is charming on variety shows but not so much on a song. He usually gets a single line before the chorus, but now he’s being used for more ad-libs and getting a couple lines of verse. This is most noticeable in “True Love”, where his soft tone lends itself to the R&B/pop song. It’s good that the producers finally figured out the best use of his voice, so he’s no longer hidden in the background. This is why vocal arrangements need more attention in songs.

As long as we’re discussing what needs attention, let’s move on to the lyrics. They are typical love songs, but that is a majority of k-pop songs. You got your basic “please, baby, baby, please” theme going on throughout the album. They want someone to love them. They want her to stay. They get lost in her eyes because they look like stars, etc. I figured the lyrics had to be fantastic, even if the melodies aren’t, but I was wrong.

Hoya and Dongwoo are talented lyricists, so I expected better. Are they keeping their best material for their sub-unit Infinite H? It almost hurts my heart to say that “Thank You” is probably the most sincere song of all because I’m positive Infinite meant every single word written. I don’t feel the same for the rest.

Infinite Only isn’t a terrible album; in fact, this could be one of their best. My expectations were met but not succeeded, and that’s my main issue with this release. I’m neither disappointed or wowed. Infinite did as well as they normally do, but I want them to push themselves further next comeback.