Ga-in's "Carnival" is a Marvel in Concept 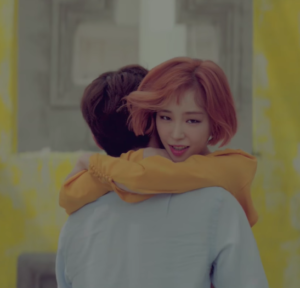 It’s safe to say that Ga-in is the concept queen of K-pop. She and her team have gifted us diverse and impactful releases like “Bloom,” “Fxxk U,” and “Paradise Lost.” Through strategically paired tracks and MVs, she’s tackled topics of sexuality, abuse, and sexism head on. I always look forward to Ga-in’s releases not just for their consistent quality, but for the unapologetic rawness in her delivery. Her most recent release, “Carnival (the Last Day)” in no way disappoints, and might be her most theatrical effort yet.

“Carnival” rings out like a musical’s grand finale, trumpets blare, Ga-in belts, fireworks explode, and I think there might even be a little tap dancing. With all the theatrical instrumentation, there are bound to be comparisons to IU‘s “Good Day” or “The Red Shoes.”

In many ways, “Carnival” has all the makings to be an older IU track, but at the same time it doesn’t. The content of “Carnival,” in all it’s depth and richness, is the kind of material I can only imagine Ga-in carrying so effortlessly. I’ve never been a show-tunes kind of girl, and that’s a major reason I stayed away from IU releases until recently. “Carnival,” though, managed to pull me in on the first listen — and I credit a lot of that to the pairing of the narrative in the MV and the lyrics in the track.

“Carnival” is not just a whimsical tale of love and loss set against big brass sounds, it’s a celebration of a life well lived. There’s mourning, joy, and warmth all mashed together in a compelling narrative that makes me want to inspect every second of it to uncover every little detail.

Following what I can gleam from the prequel MV, “Carnival” continues the love story that began in “Carrie” — where a young Ga-in sets off into the world and meets a mysterious man on a train. Instead of picking up where the first narrative left off, “Carnival” takes us straight to the end of the tale: Ga-in is dead and her lover looks upon her body as she relives her fondest memories. Ga-in’s recollection of their love has her coyly dancing through beautiful sets, smiling in the rain, and being carried happily in her lover’s arms. With the neon bursts of color and life, the “Carnival” MV is so playful and upbeat that it took me until the end of the video to figure out it was all an extravagant goodbye.

I was there, I was beautiful enough

The night is gone, but we were beautiful 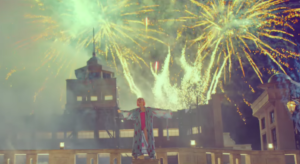 Despite the love she shared with him, Ga-in knows it’s time to leave her lover — perhaps husband — behind. She doesn’t want to be mourned, she doesn’t even want to be remembered. She wishes to “disappear without a trace like a dream,” and she bids him to “forget all about [her]” once the carnival opens. The ‘carnival,’ in this sense, is her grand departure — as depicted in the MV with a funeral procession and stunning burst of fireworks. Death may be a heavy metaphor for the end of a relationship, but it makes the goodbye — and the aesthetics that go with it — all the more impactful.

After all the celebration, “Carnival” appropriately ends on a sombre note, with Ga-in laid out in a bridal veil, closing her eyes one final time. It’s a beautiful conclusion that gives us a moment to digest everything we’ve just watched, to accept the end of both a love story and the life she devoted to it.

I’m not sure if it’s so much that Ga-in is a talented actress, or if she simply connects to her releases so well that she can embody them completely. In each concept she’s put forth, she manages to convey a deep emotional understanding of the music — of the complexities of love and lust — through her presence on the screen. Ga-in’s not just playing along with a concept that was crafted for her by a talented team that is then edited to perfection; she becomes a living version of each concept both physically and vocally. 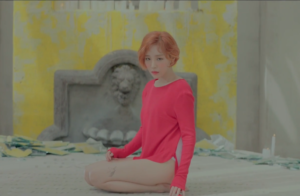 In “Carnival,” you can see the joy in her dance steps and hear the reassurance in her vocals. Then there’s also the emotional climax of Ga-in’s frenzied dancing beneath the fireworks — and the brief moment of sad exhaustion that comes over her as the lights die out — that truly steals the show. Every emotion of the MV is felt, and “Carnival” is delightful not only for it’s aesthetic and theatrical qualities, but because of the way Ga-in emodies all of it.

I still won’t say I like show-tunes, but I love what Ga-in has done with “Carnival.” I, for one, can’t wait to see what comes of the second half of this release with Begin Again later this year.