JYP Gets Meta with "Still Alive" 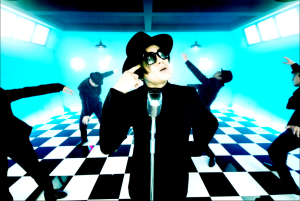 The plastic pants have finally made a comeback, and everything is wonderful.

Not many artists have dominated Korean Entertainment the way J.Y. Park has for the past three decades. He’s an executive, artist, producer, living meme, and a K-pop icon. He’s the only head of the Big Three that continues to produce and promote his own music. Not to mention, most of us still read his name in a whisper voice. Without even realizing it, JYP has influenced so much of the K-pop world that we contemporary fans have come to know and love.

For all the things J.Y. Park is, modest may be one of the few he is not. It’s with all that in mind that his latest single, “Still Alive” came into being. “Still Alive” is, essentially, an anthem to J.Y. Park’s success in the cut-throat K-pop industry. With “Still Alive,” J.Y. Park is reminding us of exactly why he’s a legend and perhaps, most importantly, reminding us why he is still relevant.

In some ways, this concept had the potential to be quite sad: a forty-something year old man, living in the nostalgia of the past and trying to prove that he still matters. Thankfully for us — and him — JYP has a great sense of humor and never misses an opportunity to make fun of himself. Yes, he is bragging a bit, but he is also acknowledging the changes of the industry — not lamenting them.

From records to cassettes

CDs to downloads and streaming 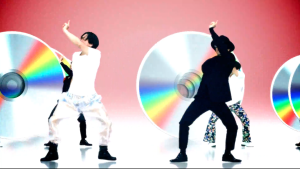 Even more importantly, J.Y. Park knows what he’s doing, he knows how newer K-pop fans view him. This is no more obvious than with the way he chose to include the supporting cast of young girls, and faux reaction videos in the MV. Throughout the entire thing, he’s popping in on their fangirling moments to remind them of who he is, only to be met with confused and disgusted faces (not dissimilar from the faces of his own artists at the 2015 MAMAs). The fangirls don’t care about J.Y. Park the artist, they care about GOT7, the latest boy band formed under JYP Entertainment. But that doesn’t stop him from taking the time to remind them that idol-dom is not permanent, and it takes something special to survive in this industry.

Fourty and another four, and I’m still at my peak

These stars nowadays rise and fall

Never tried to be cute, nor innocent

Never said my love is my fans, but acted as a player

Yet I still survived 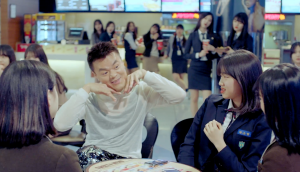 The silly MV resonated with me because, even as an avid K-pop fan, I can’t tell you much about J.Y. Park’s musical career aside from “Who’s Your Mama?” Rather, I know J.Y. Park for his meme-esque qualities: the jammin’ head nod he does on K-pop Star, the infamous Plastic Pants, the scrunchy face he makes whenever he thrusts his pelvis. Even his initials are a whispered meme. To the younger generation, he’s Papa JYP, not necessarily a thriving K-pop artist. The MV, in that respect, made me appreciate J.Y. Park a bit more. He knows he’s a meme, but he also knows that he has reasons to be proud of himself and his accomplishments. Instead of pleading for us to care about him, he’s using the image we have of him to make us realize his awesomeness.

And awesome it is. Aside from the epic return of the plastic pants, there’s also different era J.Y. Parks dancing with modern J.Y. Park surveying every album he’s ever released: from the sad and serious J.Y. Park of yesteryear to J.Y. Park in floral bell-bottoms. “Still Alive” may be the most meta K-pop MV ever: a JYP produced track, performed by J.Y. Park, for JYPE, starring J.Y. Park through the ages. It’s ridiculously amazing and, above all, I don’t think anyone aside from J.Y. Park could have pulled it off so effortlessly. 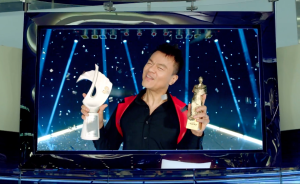 I think J.Y. Park said it himself most clearly with the line, “It’s not the strong one that lasts long, but the one who lasts long is strong.” The MV is a testament to his strength, a warning to young artists, and also an almost bittersweet acceptance of change.

Unfortunately for J.Y. Park, while the MV is all about his most memorable moments, the track itself is quite forgettable. When the first verse began, I couldn’t help but think that J.Y. Park’s half-rap, half-singing vocals didn’t quite fit with the musicality of the backing track. There’s little denying that JYP tracks have a signature sound (and rhyme scheme), which in the case of “Still Alive” leaves little to distinguish the track in it’s own right. It just sounds like a JYP song, nothing more.

The chorus, however, does hit a certain spot. The hook of “still alive” catches on easily enough, and the accompanying dance move of flexing arm muscles feels almost compulsory after watching the MV several times. Beyond the chorus though, I’m left with a much stronger visual impression than musical, but perhaps that’s what J.Y. Park intended all along. After all, he is a living meme.

Even if the song doesn’t stick, I still find the whole release fun and memorable. I appreciate that J.Y. Park isn’t necessarily trying to be young and hip, but rather making the kind of music he likes while also  imparting his own words of wisdom on young fans and idols alike. He makes no apologies for still being in the game — and really — he doesn’t need to.

So, keep doing you, J.Y. Park. Please wear the plastic pants at least once on a music show, and I’ll be here to appreciate all of it. 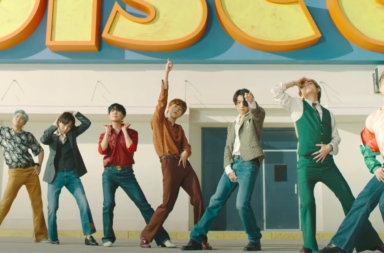