The Unfolding of a Story Within a Story: Homme's “Come to Me” 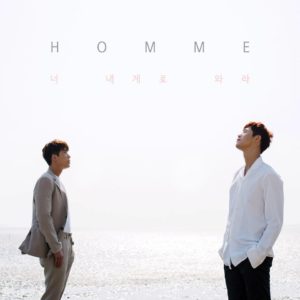 On April 1st BigHit Entertainment’s resident duo with superlative sentimentality, Homme, returned to the K-pop scene following the release of their digital single “Come to Me.” In years prior, the group showcased the trademark nostalgia-infused tragic realism of their musicality with singles like “Don’t Cry” and “It’s Not Love” while reminding us of their charming masculinity and coy levity with “It Girl.”

“Come to Me” is a tribute to their famously profound flavour with its successive and rippling vocalism, evidently heartrending yet enigmatic cinematography, and passionately desperate lyrics. In “Come to Me” Homme evokes the tragically-toned pastoral romance silhouette that is reminiscent of the vocal colour and musical identity of SG Wannabe, yet the way in which the duo demarcates themselves is most prominently through the compact story of forlorn love embedded in a dreamy music video and proclaimed through an undulating melody that is “Come to Me” in its entirety.

We are entreated to an MV that incorporates live action into its body and subsequently underscores the emotiveness and subtle responsiveness between the protagonist and the object of his affections. Although Homme themselves are not present in the MV, their vocals, shored by serene acoustic instrumentals (in the form of momentous keyboard tones), understated drum beats, and an ascending guitar melody, densify the natural emotionality behind the events taking place in the MV. Antithetically, we do not catch a glimpse of the main protagonist either as he is rendered as the introverted cameraman keeping his brimming feelings to himself and opting to follow every move and expression made by the female protagonist — a young and beautiful actress with eyes for her charismatic co-actor. 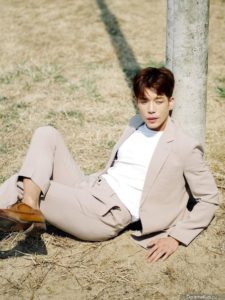 In the MV for “Come to Me” there is a story unfolding within a story and both of them parallel behaviours and desires that are most pronouncedly ironic; we gradually come to learn that the young actress and her co-star are filming a movie in which she has feelings for him but is sidelined because of his potential involvement with another woman.

This mirrors a perfect reality for the cameraman as he too is in love with a woman (the actress) who is revealed to be in a relationship with another man (her co-star). Throughout the MV, the way in which the actress relays her expressions when she is acting may in fact be an ingenious allusion to the amorphous cameraman’s desperate and inquiring feelings. In other words, the hesitance, unease, and gloom we observe on her face whenever she sees the man she loves with another woman translate into the poignant turmoil endured by the cameraman whenever he watches her with her co-actor/lover.

Additionally, when correlated with the MV, the lyrics of the song communicate a lover’s exhaustive honesty in regards to not knowing how to be calculative or play games; rather, they show us how gravely he wants his beloved to cast her uncertainty aside and accept the love he unabashedly wears on his sleeve.

Why can’t you come to me?

I just want you

Meanwhile, the musical flavour of “Come to Me” is by no means lessened by the intricate cinematography; Lee Hyun’s romantically raspy baritone evinces a powerful tenderness as he questions why his love simply can’t come to him and Changmin’s extremely clean and resonant falsetto ushers in a crescendo that is as potently melancholic as it is magnificent. The chorus of “Come to Me” is by far it’s crowning glory, as the use of a fluid repetition both received and displaced by the waxing instrumentals accentuates its paramount and mysteriously joyful appeal. 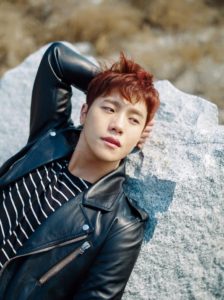 Ironically enough, by the end of “Come to Me” we are shown a few glimpses of the cameraman who remained invisible throughout the MV surveying the sets, focusing on the actors, and tinkering with his camera causally. The cameraman has confirmed that the young actress is indeed happily pursuing a relationship with her co-actor by spotting them together after the film shooting has wrapped up and internally consoles himself by enjoying the fact that he gets to see her because of his job. She in turn borrows his camera, points it at herself, and leaves us with a lasting image of love’s mysterious discrepancies.

With the music video’s rather tragic closing, the song too arrives at its resolution by leaving listeners with a montage of soulful percussion and Homme declaring their final wish, “just come to me.” Thus “Come to Me” is imbued in tones of desperation, doubt, and desire yet it maintains a sensitive hopefulness that only the likes of Homme with their sentimentality, passion for music, and unique vocal colour can convey.

Readers, did you enjoy Homme’s “Come to Me”?