Young-ji's Future: A "Step" Into the Solo World? 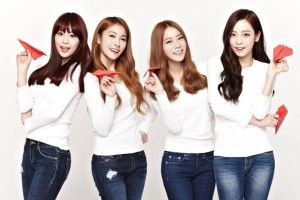 It’s been a couple of weeks since the announcement of Kara‘s disbandment, so fans have had time to grieve and accept it. But now it’s time to look toward to the future. Both Hara and Seung-yeon have signed on to different companies — Hara at Key East and Seung-yeon at J,Wide-Company. Both will be focusing not only on their singing careers but on their acting careers as well. However, while we know what’s in store for them, it’s a little uncertain what the future of Young-ji, the last addition to Kara, holds. She’s extremely talented and likable, so there are a lots of possibilities.

The first possibility is for Young-ji to join an already established group under DSP — Rainbow or April. While this is highly unlikely, it’s a possibility nonetheless. Young-ji joining Rainbow could be a breath of fresh air for them. The same way that Lizzy and Nana have helped keep After School alive and relevant, Young-ji could do the same for Rainbow.

How could Young-ji benefit April? Being a rookie group, April needs the right kind of attention to excel above the rest, especially because the latest batch of rookie girl groups have been so tremendous. Adding someone who everybody has their eye on right now will draw that attention to the whole group.

Of course, there are downsides to Young-ji joining these groups as well. Rainbow has been around for a few years already. With that much time together, they have probably developed a certain chemistry with each other. Throwing someone new in there may take some time to adjust — assuming that they can adjust. For April, they’ve been giving off an innocent/adorable image in most of their releases so far. Young-ji seemed to fit Kara’s cute yet fierce image like a glove, so she might not be able to fit April’s image. 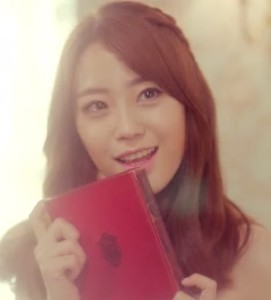 The next possibility for Young-ji is to lead a new group; this option is a little more plausible. There are already rumors that Jeon So-min (former member of Puretty and April) is being planned to debut with Young-ji. Although Young-ji has only been active for over a year, she was part of a very popular group, and with this experience under her belt, she can very well lead a new group to success.

But like everything else, there are downsides to this. Even though she was a part of Kara, it doesn’t mean that she has leadership skills (this is assuming that they would make her the leader). And if DSP is going to focus on a girl group right now, it should be the groups that they have already established. With April’s recent debut, DSP doesn’t need another girl group debuting so soon. That would be detrimental to April, Young-ji, and any other girls involved.

The last option is probably the most likely and the one that makes the most sense —  for Young-ji to debut as a solo artist. The reason this makes the most sense is because, as we stated earlier, DSP just debuted a new girl group and to debut another one would be counterproductive. Also, their trainees are currently on the survival show Produce 101 with the possibility of debuting in a different group. It would be a complete waste to keep Young-ji on the back burner until a new group was ready. The best way to utilize her talents is to strike while the iron is hot and debut her as a solo artist.

In order for solo artists to be successful, not only do they have to be extremely talented, they have to be well liked. The way Young-ji interacts with people and the reception she gets on variety shows like Roommate Season 2 and Happy Together definitely show off a charismatic and charming personality. But likability will only get you so far. As previously mentioned, Young-ji possesses an immense amount of talent. Even before Young-ji showed us that she could stand on stage with seasoned veterans, she competed against seven other girls in Baby Kara and was able to outshine them all, earning her a spot in Kara.

This wasn’t just because of her great personality; Young-ji was able to learn and execute a number of different dance routines in a limited amount of time, and she did it very well. As for her singing, you don’t hear her name in the discussion for best vocalist, but she clearly demonstrates control, good technique, and range. Young-ji has a clear, crisp voice that can hit a pretty high register, as seen in the above performance from the show A Hard Day.

Hopefully, DSP has exciting things planned for her future. Fans are eagerly waiting to know whats in store for Young-ji. She’ll be able to flourish in any of these situations whether she’s placed in a group or going solo. The combination of her dance skills, vocal ability, and unique charisma has the potential to be the perfect storm for success. 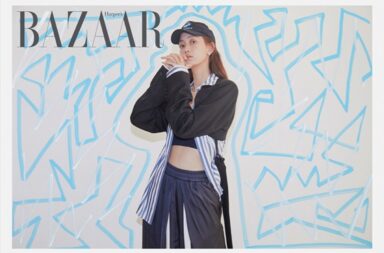