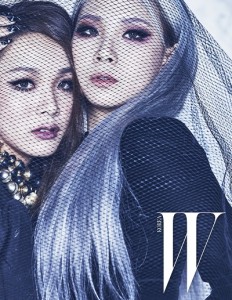 Hello everyone and welcome to another edition of Comments of the Week, where we showcase some of our favorite comments from articles of the week. Before anything else, let’s have a brief recap of what was posted this week.

In music related pieces, Mark reviewed A Pink‘s concert and shared some observations. Meanwhile, in drama, Laverne reviewed episodes 1-4 of Cheese in the Trap. There was also a recap of the recently held Seoul Music Awards.

In socio-cultural pieces, there was a brief explanation of Chinese and Taiwanese relations to explain the backlash Tzuyu, Twice, and JYP Entertainment are currently facing. As a special, Sarah posted a three-part series on the history of K-pop, focusing on the years 1992-1995, 2005, and 2015.

In regular Seoulbeats Segments, there was the usual For Your Viewing Pleasure on affectionate skinship, SB Week in Review, the Sunday Social on Epik High‘s upcoming Coachella performances, Music & Lyrics on the subtle differences in OMG, and the Best of Weekly Music Shows.

I don’t think anyone not from Taiwan or China can really appreciate how sensitive a topic this actually is. Chinese netizens do NOT react well to any issue that even remotely touches on China’s sovereignty over Taiwan (or lack thereof). The main problem at hand is that Taiwan self governs right now. The Chinese government actually has no say over any aspect of Taiwan’s government. As a result, the Taiwanese would not see themselves as a part of China. Also, the Taiwanese are taught to dislike the Communist Party, which would make doubly sure that the Taiwanese people would not want to be part of a country ruled by the Communists. On the other hand, the Chinese are educated from a young age to be very patriotic, and they are also taught in their education that Taiwan is a province of China. Thus, any hint that Taiwan is NOT a part of China is a threat against their country and therefore must be retaliated against harshly. I honestly can see both sides – I’m from Taiwan, and really do not think of Taiwan as a part of China in my own head because of the way I was raised. However, I can also understand why people from China who are raised differently would feel otherwise very strongly. It is an EXTREMELY touchy issue, and I honestly think that any chances of Tzuyu or Twice making any headway in China is now gone. In fact, boycott JYP is actually trending as a hot topic right now on Weibo.

This screws up the JYPE Chinese promotion since I don’t believe for one minute that korean entertainment companies are recruiting Chinese kids in the name of “diversity”. They’ve simply been attempting to tap into that huge and lucrative Chinese market. This should be a lesson for them as well. The political and cultural dynamics in China is different than Korea. As these companies go forward and attempt to expand their reach outside of korea there are a lot of lessons to be learned from their experiences with Chinese idols. 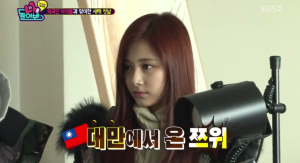 What’s hilarious is that Tzuyu was holding the ROC flag, which is strongly tied to the KMT party — and if there’s a party in Taiwan that actually supports unification with Mainland China, it’s the KMT. Actual Taiwan independence supporters wouldn’t be caught dead holding that flag.

This issue really isn’t that complicated. Tzuyu didn’t say or do anything remotely controversial apart from holding the ROC flag and saying “I am Taiwanese,” which no one outside of China would blink at. Virtually every other Taiwanese person — independence supporter or not — has done this before, because that’s what you do when someone asks you “Where are you from?” Huang An started this whole mess by singling out one person doing what any other Taiwanese person would have done, putting her on blast, and siccing his followers on her. He’s a shameless traitor who’s trying to earn China’s good graces and make an extra buck by selling out his home country. Hope you enjoy whatever crumbs the CCP throws at you from the table whenever the unification happens, man.

But don’t think that Taiwanese independence supporters don’t have a political stake in this either. The presidential election is happening today, and while the DPP (independence supporting) candidate is slated to win a landslide victory, they’re still taking every opportunity to gather supporters for their cause. It was DPP-supporting media outlets who said that Tzuyu supported of Taiwanese sovereignty, calling her “The Pride of Taiwan,” and attaching other nationalistic slogans to her name. They used her as a symbol to support their political cause, which the DPP does all the time. And now you’ve got a surge of Taiwanese voters out to the polls this weekend (when only 25-30% of the population was predicted to vote before) to ensure that the DPP victory is written in stone.

This whole situation is just gross. As a person of Taiwanese descent, it makes me sad and afraid of the possible consequences if I, like Tzuyu, were to say that I was Taiwanese. I teach Mandarin for a living; will writing a comment on the internet like this one day put my job in jeopardy? If so, this proves that Taiwanese people no longer have the right to call themselves Taiwanese anymore. It denies us the right to our history and identity. Likewise, might my comment be quoted by a DPP-leaning media outlet as evidence that “even overseas Taiwanese” support Taiwanese independence? If so, this proves that the voice of any ordinary Taiwanese person can be easily co-opted by a political force without their consent. The mere act of being Taiwanese has become intensely political, and the political interests on both sides of the Taiwan strait are taking it as an opportunity to expand their power. Ordinary, innocent, otherwise clueless people can easily be used as pawns and symbols for political interests far bigger than themselves. Tzuyu is just the latest example of this.

If you think a Korean company like JYP is in a tough spot losing the lucrative Chinese market over this, think about how impossible it is for Taiwan to have trade relations with China while also maintaining their integrity as a people. Imagine that your one economic lifeline is a country that is politically, fiscally, and physically several hundred times bigger than you, and not only do they have the power to pull the plug at any time, they can make the entire world shun you if they feel like it. (Only 22 countries on this planet officially recognize Taiwan as a legitimate state. Everyone else’s loyalty lies with the PRC.) Oh, and don’t forget the 1,600 missiles aimed at Taiwan, ready to fire at the slightest real possibility of Taiwanese independence. Tzuyu talking about “One China” in her video apology was a complete nonsurprise. It’s what every Taiwanese company hoping to stay afloat by doing business with China these days has to say, too.

It’s a harrowing time to be Taiwanese, and Tzuyu’s just the latest victim. Sad that it had to happen to an innocent 16 year old kid. Sadder that the people ruining her life are fully grown adults only interested in feeding their own political interests.

That’s all for this week! As always, thank you for reading and commenting!