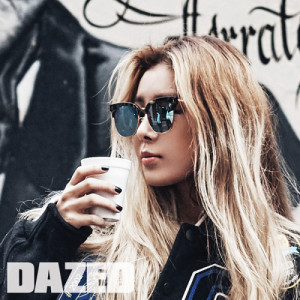 Welcome to another edition of Comments of the Week, where we showcase some of our favorite comments from the articles posted. Before any of that, let’s have a quick recap of what we covered on the site:

To start things off, there was a review of Teen Top‘s “Warning Sign.” In drama, we reviewed episodes 5 and 6 of Cheese in the Trap, and a series review of Love Detective Sherlock K, and Answer Me, 1988. Meanwhile, in variety, we recapped episodes 3 to 5 of Infinite Showtime.

In the usual Seoulbeats Segments, we had an SB Mixtape on Rookie Group B-tracks, K-pop Indie Gem on Standing Egg, urbanites on For Your Viewing Pleasure,  The Sunday Social on Kara, and the ever present Best of Weekly Music Shows.

And now, onto the comments:

lyla on Cheese In The Trap, Episodes 5-6: Character and Relationship Growth

I love the way the show reveals more of how Yoo Jung thinks and by that, explains why he did the things he did. It’s very interesting to see this kind of character being put in a normal life situations because usually they’re either serial killers or weird genius investigators.

And I feel like the view on Hong Seol as a character is widening. I love that apart from her monologue, we now can see how others view her.

I am also curious about how Hong Seol and Yoo Jungs personality will change each other and how will the dynamics between them grow as Hong Seol asserts more of herself and Yoo Jung opens up more to her.

Also Baek In Ho is so poised for heartbreak, i just want to hug and protect him. Please, I want a happy ending for him. 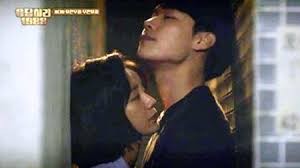 Pammokdrama on Answer Me 1988: Great Until the End

I loved this drama because it didn’t deceive the viewer and all the crumbs led to Taek being her husband early. The story line that intrigued me the most was the story of the parents and the friendship that can exist among adults raising children with similar, yet different personalities and issues. They were so supportive of each other in their food sharing, card playing, conversations and shared ambitions for their children. The writer clearly eliminated Junghwan when he gave the “confession of all confessions” and laughed it off then left the ring on the table. The end for him. But as a woman, imagine being secretly kissed and admired and courted by a renown young man that is genuinely and actively in love with you. Taek had to become the husband of her dreams while Junghwan was a “lame admirer” and if you think hard about him — imagine marriage to a man with little compassion and guts to even share his feelings. What a boring marriage that would have been.

My reasons why Taek was right as the husband is that he always publicly put DS first and was never shy in telling her she was pretty. Unlike the others he never put her down or made fun of her for weaknesses. He made a low self-esteem, middle child who never got enough attention feel loved and comfortable. She was always herself around him. She was confident she knew everything about him. She was his best friend.

The most telling scene of what the series was trying to set up with the romance, was when DR is giving advice to DS after she asks why no one loves her. This is after JH fails to explain himself again. He tells her that she doesn’t need someone to like her to like someone. So figure out what you want for yourself. Maybe it was just a coincidence that Taek shows up right after, or maybe it’s a message that’s bigger then a love triangle. Because after two failed school girl crushes and having everyone call her Soo Yeon, DS eventually starts out on her path to figure out her own identity, outside of her name and who likes her. That’s such an 18 year old problem and growth that everyone has. Figuring out who we are and want is something we all struggle with when we’re young, so DS isn’t being wishy washy with her feelings either.

I totally understand your frustration that JH didn’t get a proper ending and that him being too cowardly to confess might feel more like machinations by the writer than organic storytelling. But to me after seeing his confession in ep 18, his story was always to be a lesson for anyone who hesitates in love. That his fate was his own decision, or indecision I guess, and that it was his fault and not timing or chance or any of that. It’s like what he concluded, that the other guy must have wanted the girl more. He was a romantic tragedy for sure.

That’s it for this week! Thank you all for reading and commenting!