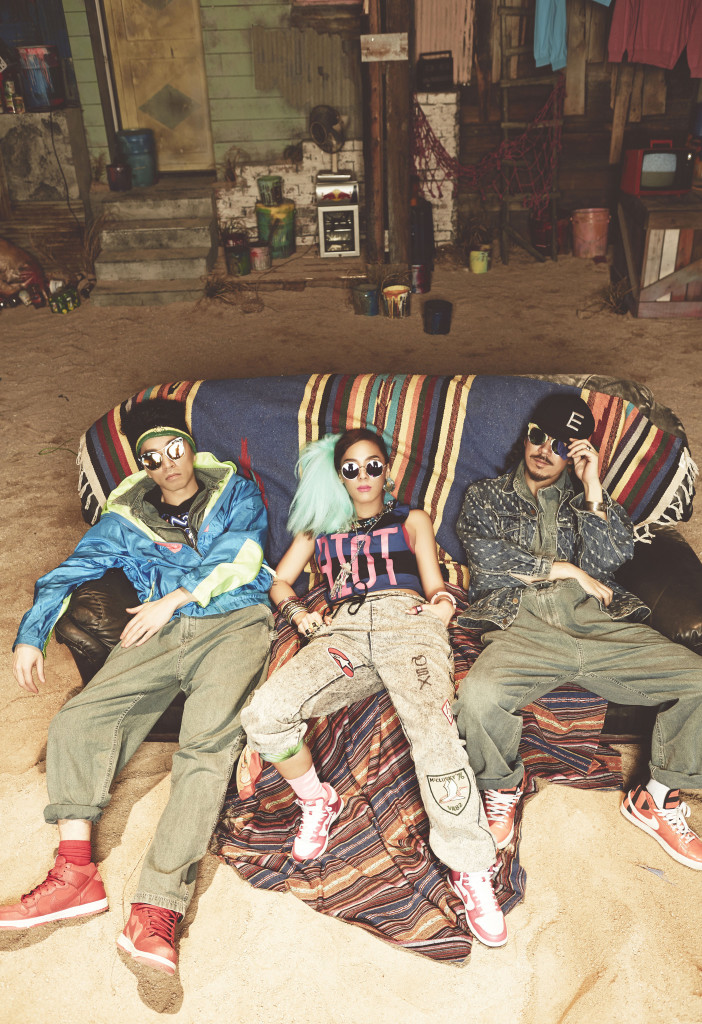 Welcome to our End-of-Year review for 2015! We kick off this year’s review with K-Indie. Gaya and Camiele revisit their lists from this year’s mid-year review — how much have their rankings changed since then?

Camiele: Hyukoh is still in your #2 spot, and they’ve climbed the list for me from #5 to dethroning MFBTY for the #1 spot. What is it about this band to you, Gaya, that’s just so special?

Gaya: As far as good years go, it’d be hard to beat Hyukoh’s: releasing a beautiful album, performing at award shows, getting onto Korea’s most popular variety show, being signed to Tablo‘s new label, and even landing a couple of endorsement deals… Hyukoh has done really well on the commercial side of things. But it’s the music that I still come back for. “Hooka” is still on rotation at Chez Gaya. MFBTY put out a great album too, but I can see why Hyukoh beat them for the top spot on your list, Camiele.

This is a drastically different list to what I had for the mid-year panel. Risso and Hyukoh are still there, but they have been overtaken by my new favourite Suran. I had my eye on her song with Primary and Beenzino, “Mannequin,” in the mid-year MV panel, but as she’s put out more music, she has also captured my full attention. I adore her contribution to Zico‘s “Pride and Prejudice;” and “Calling in Love” is just divine, with its almost ethereal intro and incorporation of telephone rings.

Listening to these other songs has actually made me appreciate Suran’s singing in “Mannequin,” especially the chorus. While her voice is so sweet with wistfulness in the verses, it drops down significantly in the chorus. Suran doesn’t sing in that lower register much in her other songs I’ve heard, so I’m struck both by the novelty as well as how effectively it showcases not only pure want, but also a hint of hopelessness — maybe even disillusionment.

I have to admit, though, that seeing Suran’s actual face is kind of surreal; I still picture her with that mask.

But my list isn’t the only one that has changed: I see three new entries on yours as well! What prompted you to add these three acts to your list?

Camiele: Going back through my saved videos from Mirrorball Music (which is apparently home to some of the most amazing indie acts) I came across VIVIS‘ video for “Daydream.” It was sort of experimental behind-the-scenes with a mixture of contemporary dance, but the song was absolutely ethereal. I just had to listen to their full EP. Turns out they’re the type of lo-fi, nu-jazz style House I adore. They reminded me a lot of groups like Koop or Bittersweet: just lovely.

I found out about IAMNOT, actually, from our very own Lauren M. She posted the video for “Cut” way back in October, and I was just blown away by a genre I didn’t even know existed in South Korea: the blues! I know that’s sort of a “duh” realization on my part. I mean, Korea does have a very rich musical history. I just guess I never expected modern blues, especially from a younger cat, to come from South Korea.

WAVISABIROOM is a sort of complex story. They came to me via one of my favorite hip-hop acts from SK, ILLAP, and my favorite lo-fi/experimental artists, Sima Kim. I was listening to some of Sima’s latest releases on his Soundcloud, and one caught my attention because the featured rapper on the track (“Seoul” from the album Exchange, a collaboration with Japanese artist Ryuei Kotoge) sounded exactly like ILLAP member Jang-you.

So I asked him if that was who he collaborated with (initially it was just a track without a feature listed), and he said yes! That started me wondering what ILLAP were up to these days since their debut. I remembered in an interview they did in March 2014, where DJ DOL mentioned he was enlisting, so I was surprised to hear some new music from them. Lo and behold, I’m surfing Jang-you’s YouTube channel, and there was this new group: WAVISABIROOM. And guess who is one of the rappers in the group? Exactly!

Seems in DOL’s absence, Jang-you has kept his creativity alive and well. Straying a bit from ILLAP’s style of music–which is more psychedelic meets G-Dragon meets Odd Future — WAVISABIROOM has the same vibe as a group like A Tribe Called Quest or Digable Planets, and I hadn’t really heard a group that used jazz, Nujabes-style beats, and raw hip-hop in quite that way in SK.

All these things combined meant these three acts easily overtook spots 3-5 for me. Music that’s rich, interesting, and even unexpected in the scope of SK’s musical makeup. That’s sort of what I’m looking for in my music, at least on a subconscious level, and that’s why these acts are where they are. What about you? What about an indie group or artist for you makes them worthy of a list like this one?

Gaya: That is really interesting to hear about Jang-you! It’s something I really appreciate about K-indie — how artists are able to sort of morph between styles more easily. Sure, you can do the same in K-pop too, but I feel like the whole process is a lot less controversial in K-indie. I quite enjoyed “Cosplay,” and will be on the lookout for more.

Ah, Mirrorball Music! Their YouTube channel is how I found the releases that led to Fromm making it to number 4 on my list. I first found “Moonlight Dancing,” where the quirk of the verses smoothly yield to a flowing chorus. The piano and percussion (I want to say bongo?) match-up especially captured my attention — the sound created makes me think of mischief being managed. Then there are the songs from her April release, MOONBOW. The contemplative duet with Nu’est‘s Min-hyun, a simple ballad with just a hint of violin, and much more. I don’t think Fromm’s voice itself is anything extraordinary, but I greatly appreciate what the singer-songwriter does with it, and how soothing it can be to my ears.

As for how I decide my list, my only condition is that the artist should have released more than a couple songs in the year. After that, it’s up to my interest. I make an effort to go out and find new music, though I still end up within the same genres and sounds I prefer. But even in familiar territory, you uncover treasures like Gogo Star. I looked them up after reading that they were performing in Australia, and fell in love with their disco punk sound. Considering my preference for electronica, I’m actually surprised that Fromm outranked Gogo Star on my list. But, I think it’s because of the soothing qualities of Fromm’s voice.

On the whole, I’m a bit surprised at the number of women on my list. I have a tendency to gravitate towards male voices, so I’m quite happy to see that my efforts to change this have seemed to work. I’m a bit sad that Love X Stereo and From The Airport didn’t make my list again, and also that The Barberettes just missed out, but I still enjoy the music they make and encourage everyone to check them out.

Camiele, who are your honorable mentions?

Camiele: Interestingly enough, Fromm was initially on my list for a while until I heard VIVIS and IAMNOT. I actually love the understated prettiness of her voice. There’s something soothing and elegant in her tone. I also had Phonebooth on my midyear list and was sure they’d stay there, but again, they got knocked off by the artists I added. Despite being in love with their album, the three artists I added brought something powerfully unique to the table, music that I’ve either not heard coming out of SK, or in the case of WAVISABIROOM, giving me something more intriguing from an ever-growing genre.

I actually would’ve loved to add the Barberettes to the list, but they haven’t released anything this year, and they’re also going through a transition with a new member, so we may not get really new music from them until next year. If that’s the case, then all other acts will most likely have to just be on hold at spots #2-#5…

Gaya: Yes, that was the reason I left them off the list, even though the Christmas song they released with their new member was lovely. I’m looking forward to what they put out next year!

Camiele: Most of the artists on my list are fairly new (in one way or another). So they were put on my list with their debut efforts. I can’t wait to see what they do musically in the next year. I’m also hoping, as with VIVIS and IAMNOT, that there are more artists out there exploring different genres and bringing nuance to the flavor of SK’s music scene!

How do our writers’ lists of favourites compare to yours? Spread the K-indie love below!