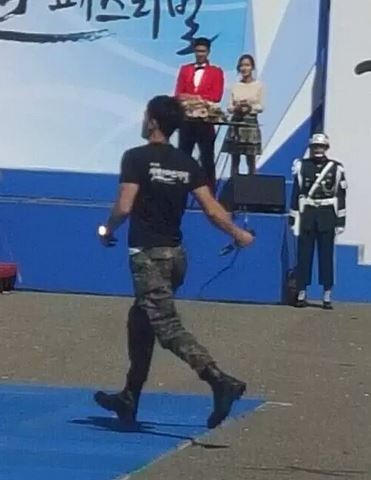 This week saw the moment the Cassiopeia fanclub has been waiting for since the DBSK split in 2009 — a meeting between HoMin and JYJ members. And it could not get any more profilic than a meeting between the two oldest members, Yunho and Jaejoong.

Since both entered the army within weeks of one another, fans felt that the chances of a meeting between the two — who have not met publicly since DBSK members Jaejoong, Yoochun and Junsu sued SM and left the company — were much improved.

Well, this Friday, Yunho and Jaejoong crossed paths at the opening ceremony for the 13th Ground Forces Festival, a South Korean Military event. The press — and YunJae shippers — were out in full force to capture the magical moment when the two former bandmates were seen in the same place at the same time. Yunho co-hosted the ceremony, while Jaejoong performed. 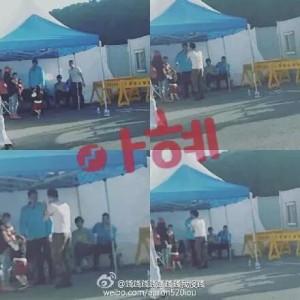 Later on, photos and video emerged of Jaejoong and Yunho conversing with one another. Jaejoong also appeared to speak with Yunho’s father, who was present at the event. This pretty much made everyone’s day, as it hinted at a sign of moving on. Expecting an OT5 reunion from this event would be a big stretch, but it’s certainly nice to see that at least these two former bandmates can hold a conversation without seeming awkward after a difficult split.

In honour of this mini-reunion — and all the DB5K feels that have inevitably gushed from Cassies and other K-pop fans — I’m dedicating this Sunday Social to the original TVXQ. Share your favourite DB5K moments, and/or your thoughts on this recent get-together, in the comments below!

For me, one of my favourite DB5K things will alwas be the Japanese video for “Rising Sun.” While the Korean version takes itself very seriously, this one goes for a more lighthearted, brderline parodic, take. Though, with that said, there are still some seriously tragic moments that may cause a tear or two roll down your cheek.