GOT7 Explore Their Mature Side in "Mad" 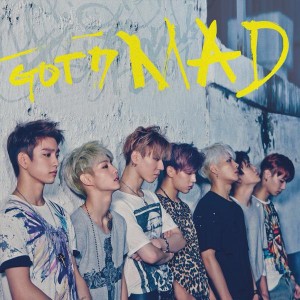 GOT7 have put out a lot of material since their debut. From January 2014 until October 2015, they have released 4 mini-albums and one full length album (and that doesn’t even take into account their promotions outside of Korea). Their last title song, “Just Right” was a bright spot during this past K-pop summer with their song promoting a positive message. With this latest Mad mini-album. their promotions seem to signal a shift in conceptual direction

Mad sees GOT7 transform from young boys into young men with more sensitive sides to them. They hone in on their brooding angst-ridden selves. However, the production on the mini-album does alternate between the lighter GOT7 fare and their more serious sounding material. This mini-album does stands out in comparison to the rest of their Korean discography so far. In their previous releases, they have had instances where they display more emotional seriousness, but in Mad, the group sound more assured of themselves in those mature moments while also giving fans of their playful tunes a few songs that they would enjoy as well.

“If You Do” is the title track and immediately shows the contrast from the type of music GOT7 has promoted. While “If You Do” is great in its own right, it does feel like material that could be done by other groups. When you first listen to it, it doesn’t strike you immediately as a GOT7 song. Aside from that, the song is well produced with a mixture of electronic and live instruments helping to build up tension during the song.

The lyrics of “If You Do” places relationship politics into the forefront. It discusses an inequitable division of power in the perspective of GOT7. Their mistakes get amplified and escalate.

However, mistakes on the other side are not met with the same hot button reaction.

“If you do, it always becomes the right words

If you do, I can never win”

The vocals get a lot of opportunity to shine with more runs and liberties available during the verses to show the members’ vocal ranges. I enjoyed Yugyeom‘s verses as his unique vocal color felt extremely emotive and Junior and Bambam‘s lines during the bridge are some of my favorite moments. Black Eyed Pilseung are proving to be rockstars over there in the JYP camp. After producing one of the biggest hits of the year with Miss A’s “Only You,” they have now tackled this important piece in GOT7’s career so far. 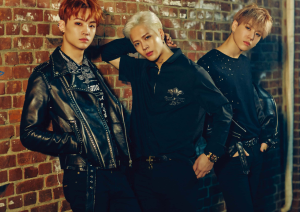 “Put Your Hands Up (손들어)” is a Park Jin-young and Joule of Princess Disease produced song. It has a playful element and is a song that seems primed for hyping a crowd. There is a funky undertone with the brass, whistle, and percussion providing an infectious backdrop. The hook is filled with repetition but that is something that is typical of most pop songs.

However, the lyrics leave much to be desired. It focuses on painting GOT7 as white knights to this person they are interested in. They claim that beauty is dangerous around men and use metaphors of possession to be the heroes to this person. These lyrics do not do much for me, and I tire of this idea of possession in relationships. The claim of men being dangerous to the preyed beauty is also another trite notion and quite frankly an archaic way of thinking.

The mini-album continues this upbeat swing with “Feels Good (느낌이 좋아).” Noday and Chloe helm the production and they add some interesting synth components throughout the song. There is a lighthearted and funky element to “Feels Good (느낌이 좋아)” that easily ties with the previous track. The pop inflected track is easy to follow along to, and the vocalists continue to shine here. Youngjae and JB give the song a vocal heart which is unexpected given the carefree vibe of the production.

“Good” begins with Jackson talking about starting off the day right. It has funky guitars and has a whistle refrain that plays along with the strumming of the guitar. The chorus adds more elements such as synths and strings. The second verse kicks off with finger snapping before the chorus chimes in again. There is a smoothness to the delivery against the funkiness of the production that gives off a certain GOT7 charm. The adlibs near the end also add a liveliness to “Good.” The composition largely succeeds as the band elements work well and the raps add an intriguing rhythm. Mark and Jackson contributed to writing their raps, and they were solid lyrics in a song that talks about seizing the day and feeling positive about yourself. 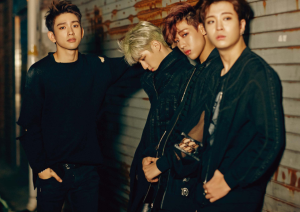 “Eyes on You (눈이가요)” starts slowly with music box sounding notes before the percussion kicks in and reveals the song’s more upbeat nature. Electronic elements are sprinkled along with the beat. The song aims to be that jam where fans can chime in to punctuate lyrical moments where the whole group joins in together during a few lines here and there.

The song also has it’s fair share of breakdowns where there is not much singing or rapping, which would seem to indicate that this track emphasizes performance energy. Lyrically, this song deals with the male gaze. The chorus goes:

“Eyes on you, my eyes keep going to you

My eyes keep going to her cheeks

Trust me more than anyone because I’m a man.”

I get that Got7 want to provoke this sense of being grown, but these lyrics paint them more as an infatuated bunch who want to emphasize their physicality in wooing this person of interest rather than showing more depth of character. 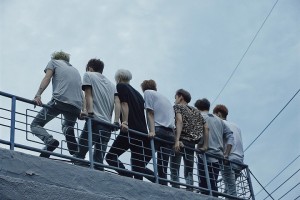 Finally, “Tic Tic Tok” is the last track on the album. The mini-album seems to have come full circle as it returns to the mature side of GOT7. Noday and Chloe are back to helm the production. The boys are taking a seductive approach as they sing about wanting to embrace this moment between them and the girl they are interested in. They ask the girl who they are singing about to look upon them with desire.

Mad finds GOT7 in that transitional period. There is a little bit of everything on this mini-album. They try to explore more mature themes and concepts but also want to maintain that playful side to them. At times, this works for the group as the title track shows them tackling more lyrical intricacy in a love song. However, there are other moments that see the group relying on stale lyrical archetypes.

Overall, the group does seem to be growing. They have a signature sound in their pocket, and in this mini-album, they have shown that they are quite capable of emoting in more serious sounding tunes. Although it hasn’t all come together yet, the potential is palpitating. Mad shows GOT7 taking small steps in exploring different conceptual areas in terms of lyrics and sound. The pieces of the puzzle are all there, and with time, I feel confident they will figure out how it all comes together and deliver a solid album through and through.