iKon's 'Welcome Back' Not What I Expected

After two or so years of survival shows and hype, iKon is here at last with debut release Welcome Back. YG Entertainment‘s newest male group debuted on the 1st with a half album, something also known as the next big K-pop trend. But we can talk about half albums another time.

Before I delve into the six songs in this release, though, I must first familiarise myself (and maybe you, too) with the seven members of iKon; partucularly, the roles they play in the group’s music. Bobby and B.I are the rappers, with B.I also being involved in production — all of the songs on Welcome Back were co-composed by him. Meanwhile, Jin-hwan and Jun-hoe (or Ju-ne) take control of the vocals, with visual Yun-hyeong, dancer Dong-hyuk and maknae Chan-woo (who was the member added in Mix & Match) assisting.

Having never watched WIN or Mix & Match, I did not know exactly what to expect of iKon’s music, except for more hip hop influences and, maybe, something really left-field like that trap remix of “Let It Go.” And the unexpected is what I found in Welcome Back.

I defintely wasn’t expecting the funky horns, though the sound is very on-trend right now. Trendy or not, though, it is one of my favourite things about this half album, and what makes “Welcome Back,” “Today” and “M.U.P” the tracks I enjoyed most. The horns announce and embellish the chorus of “Welcome Back,” making it pop. In “Today,” they add punch to a smooth ditty. And in “M.U.P,” the horns are muted, adding a finality to the uplifting tone that makes this song such a nice outro for the album.

We get a softer sound with “My Type” and “Airplane,” where guitars, drums and sweet synths feature. “My Type” is all sorts of cute, without being too saccharine. This is largely thanks to the minimalist instrumental and laidback vocals, further accentuated by Bobby’s deeper voice driving the chorus. “Airplane” is the sad version of this softer, with the members voicing the fears and regrets that come with separation from a loved one. Dong-hyuk captures this feeling with his desolate “la-di-da”s, while Jin-hwan and Jun-hoe trade off pleas and ask “Mr. Airplane” to delay the inevitable goodbye.

Finally, we come to “Rhythm Ta.” This sound was my expectation of this album; but it turns out to be the exception, instead. While the Middle Eastern-inspired chorus and low horns on the beat are what I was expecting from a song like this, the subtle accordian-like synth that accompanies the vocalists’ lines is definitely left of field. But it’s also the best thing about this song, as it grabs your attention when the pre-chorus kicks in, recapturing your attention after Double B’s verses and carrying you through to the end of the song. 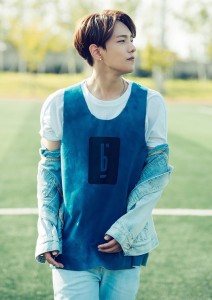 Another thing I like about “Rhythm Ta” is that it features the most equal division of lines among the five vocalists. Each member have actual lines, as opposed to just ad libs like in some of the other songs (Dong-hyuk in “Airplane” being one example), and they make the most of the opportunity given to them.

A lot of fans have complained about the line distribution between the rappers and vocalists; and while I agree, it’s important to note that this isn’t an iKon only problem. Most idol groups have one or two members who get the least lines in songs. It’s even more exacerbated with Hip hop-themed groups, where the rappers take centre stage.

Troy and M.I.B are two groups who make the most of this situation, by allowing each of their three rappers to ge a verse in, and leave ample room for sole vocalist (Bumkey and Kangnam, respectively) to shine. Groups like Block B and BTS have three rappers to four vocalists, which leads to better line distribution and balance between rapping and singing. And iKon’s seniors, Big Bang, also have a manageable 2:3 split. That isn’t to say that these groups always achieve perfect line distribution among members; but, there are more opportunities to do so with how they are set up and the genre they work in.

iKon has a 2:5 split between rappers and singers, which works against them. There are two rappers for the verses, while the remaining five are left to divvy up the rest. And when you have Bobby singing the chorus in “My Type” (which actually works in the song’s favour), you are left with less for the other five guys. I definitely am not expecting an exact split of lines between all the members in every song, but I would like to see iKon experiment with its formula more.

Overall, Welcome Back is a decent debut from iKon; it may not be blow-your-mind amazing like Yang Goon was hoping, but it’s not a disappointing release. I’m curious to see how the second half of this album improves on its first — consider my interest piqued.