BTS Bring the Energy in "Episode II: The Red Bullet" in L.A. 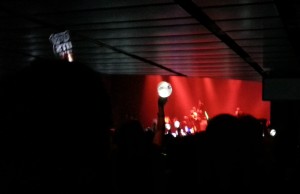 BTS just concluded their four-city US run of Episode II: The Red Bullet Tour. It wasn’t all smooth sailing as there were some threats inhibiting the smooth execution of the first concert in New York City. Nonetheless, the boys were able to complete their US run after their last stop in Los Angeles this past Sunday.

The Los Angeles show was a great experience, and also felt like an emotional one for the Bangtan Boys. Not only was this tour probably filled with unexpected challenges, but at one point, I think the boys felt some sort of cathartic relief and awe in closing out this US leg of their tour at a place that Suga later referred to as his second hometown.

The ARMY are definitely deserving of credit for creating an extremely high energy atmosphere at the Los Angeles show. The crowd of fans excitedly sang along and continuously cheered. As the boys looked out into the sea of light sticks — beacons of support glowing warmly among the crowd — they certainly must have felt encouraged. The mobilization of fans was apparent since early in the day, with a line wrapping around the block; it also popped up in nice ways, such as when a multitude of white banners popped up during the performance for “War of Hormone.”

The concert began with clips featuring an intriguing story about rebelling against the institutions that restrict their freedom. Initially, this was used as a disclaimer to remind the crowd about safety, but later they would continue the use of these skits to show BTS causing a revolt in a dystopian classroom setting. BTS and their music heavily feature this message of not conforming and expressing individuality — something that probably strikes a deep chord with their audience. In addition, they stand for this underdog type of mentality; they are not from a big company and often present messages of struggle against the authoritative figures. 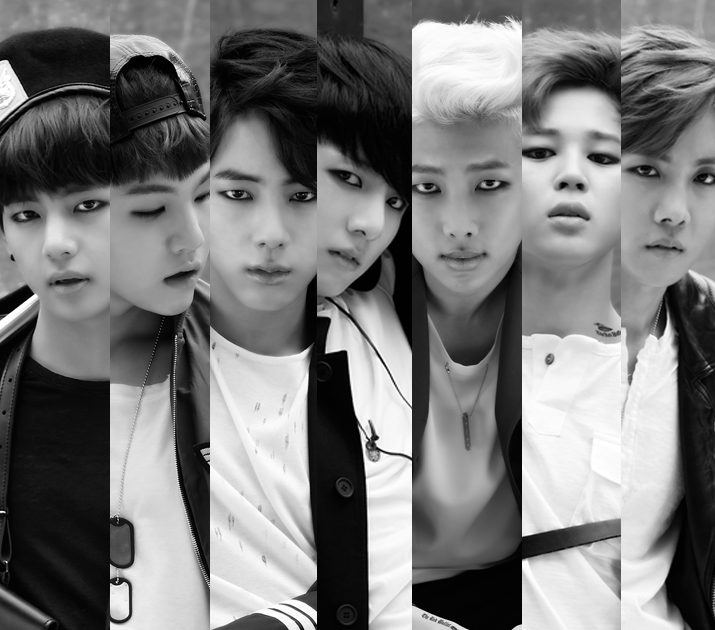 When the boys came on stage, the show got underway with “N.O” and “We Are Bulletproof, Pt. 2.” The atmosphere was overflowing with anticipation for the boys, so they seemed a bit more restrained in comparison with the crowd. As always, the boys were sharp with their movement as they worked through the steps. However, you could definitely see the members gaining strength from the crowd as they seemed to be just warming up.

The boys took a short pause to talk with the crowd, and the members got a chance to show off their personalities. J-Hope was especially cheerful, cracking smiles throughout the chat, and his happy energy was refreshing.

I appreciate and applaud the efforts of BTS and the concert planners because they made the concert extremely accessible for English speaking audiences. Most of the clips shown were subtitled in English, and the boys did their best to speak in English for the audience. There was a concerted effort to ensure the audience could follow along and feel included.

I expected BTS to have lots of energy with their hip-hop numbers but was surprised when they mentioned how they wanted to show fans a different aspect of them — in showcasing their slower songs. It was a nice change and gave the concert a nice mix of slow and fast paced numbers. They used props to perform “Embarrassed (이불킥)” and continued on to “Just One Day” after that. The boys played rock, paper, scissors, and Jungkook lost so he had to show the crowd his aegyo. Suga also showed his cuteness, adding some light-hearted moments for fans to enjoy. 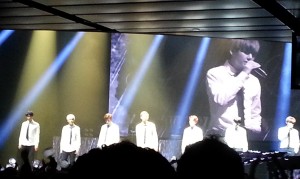 From the start of the concert, Rap Monster was also charismatic. He certainly knows how to work a crowd — his stage presence was simply magnetic.

Going into the second half, the rest of the members of BTS started to share more moments with the audience. Whether this was with a show of abs from Jimin or increased efforts to garner audience participation, they were in the zone.

One portion of the show I particularly enjoyed was a karaoke section, when the members mentioned creating something new with the audience. “Miss Right,” “Like” and “If I Ruled The World” were all met with a chorus of crowd singing. Some of the lyrics were also romanized on the screen, so that was helpful in signaling when the crowd should chime in. It was a stirring part of the show. Suga seemed to be moved by the energy of the crowd as he would repeatedly call for the crowd to sing during his parts. This karaoke bit was fun and a neat way to get everyone engaged.

When the rap line took to the stage, their performance made me realize why BTS are so captivating. They truly have a connection to the material they are performing. They don’t just perform a practiced routine but work to relate with their audience in different ways. They can hype a crowd, and their rappers and singers can improvise and add dimensions to their performance outside of what we can see on a weekly music show.

As we neared the close of the show, a slew of their popular singles were performed. Not only did the bass feel heightened during these moments, but the crowd also got extremely hyped. People were jumping along to the music on floor area, and the show reached an energetic climax at this point.

During their final talk with the crowd, BTS gave thanks to their company Big Hit Entertainment, concert producers SubKulture Entertainment and their fans. V, who had been excitedly performing and joking with the audience in his husky voice all night, shed tears during this moment, which caused multiple members to also get misty eyed. This tour was clearly meaningful for them, and the positive vibes and occasion were powerful.

BTS came back for their encore and ended the night singing and taking selfies on stage. Jin probably had my favorite goofy moments of the night. His facial expressions were memorable as he expressed genuine surprise as he dropped something during their encore. Also as the members all left the stage during the reprise of “I Need U,” Jin was the last one on stage. Just as he was gearing up to leave, he realized it was his part in the song so he had his own little solo stage before bouncing.

Episode II: The Red Bullet in Los Angeles was an amazing experience. The boys of BTS know how to put on a show. They performed around 25 songs total, plenty to pack into a two hour concert. There is a special allure to their story, and they have a sincerity as natural born performers, who love the stage, and have conviction in what they are performing.

The boys hinted that part 3 of The Red Bullet trilogy was coming soon. Excitedly, I will wait until then, but BTS have definitely proven that they can excite and create a moving and memorable concert experience for their fans.