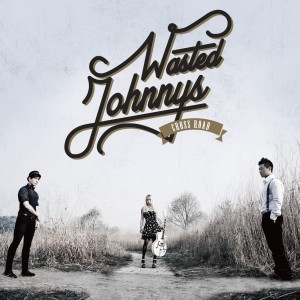 Welcome back, Indie Gem fans! This week I would like to talk about one of my recent favorite bands, Wasted Johnny’s. They are a mix of the two very close genres blues and rock, with a heavy serving of grunge grit. As they say about themselves, “drink with(out) caution,” and the band delivers this with their energetic, driving sound.

At this point, I feel that a personal anecdote will best illustrate what is so great about Wasted Johnny’s. Despite the fact that the band formed in 2011, I had never heard of them until three months ago, most likely because the band has been focused on live shows. Since I do not live in South Korea, I mostly find new bands through album releases. They did put out a short EP, Get Wasted!, in 2013, but I unfortunately missed it. However, come May of 2015, they released a full-length album, Cross Road, and I happened to be in Seoul at the time. I went to a show to see a different band, when Wasted Johnny’s took the stage and blew me away.

Lead singer and guitarist Angie has a killer rock ‘n’ roll range, and bassist Nils and drummer Young-jin bring fullness of sound to their three-piece band. All members are incredibly charismatic onstage, and when I bought their album the next day, I was pleased to find that their energy and intentional messiness comes across on the album, while still somehow being polished and well-composed. It is difficult to achieve cohesion across album and live performance (and not necessary — every band is different), but Wasted Johnny’s’ live performances clearly have developed their sound, so it is only fitting that it carries over into their recorded music. With the wider release of their album, now is the time to start listening and searching for all the recordings of their performances over the years.

“Get Wasted!” starts off strong, announcing its presence like someone busting down the door and then taking their time with the guitar riffs. Though a short intro track, its tempo and feel blends into “Crossroad Meet the Devil.” In both of these, one can hear Wasted Johnny’s’ blues influence most prominently, which intertwines with other sounds as the album progresses.

Their title track, and the only one to have a music video, “I Like It Hot” (뜨거운 것이 좋아) combines all their musical influences to make a fast-paced, playful tune:

The blues element is apparent, but the song also highlights their rock and garage sound. Though upbeat, this mix of styles gives the song a lot of variety musically, from steady beats to all out rocking at the end, and vocally, as Angie sings both intense shouts and soft, sweet notes. It is particularly nice when the music drops out to give her a few moments by herself, only to jump back in full force.

Other favorites from the album include, “We Are More Than Just Lovers,” which was also on their EP, and hidden track “Come To My Room.” Both show a slower, softer side to Wasted Johnny’s and different tones from other songs on the album. However, my top pick from the album is “Dirty Woman,” if only for Angie’s emotional singing at the end. Look at how much fun they have rocking out:

Wasted Johnny’s music might sound familiar at first, due to blues and rock having such a close relationship. However, the group manages to combine their influences in a way that sounds fresh and energized, making their style endlessly listenable. Most of all, their album captures the overall feel of their live performances; there are differences, of course, but Cross Road conveys their special energy and blend of blues and rock that has captivated the live indie scene for years.

On a related note: I will be joining fellow Seoulbeats writer Lindsay, Chris Park from koreanindie and Korean entertainment journalist Adrienne Stanley at Kcon this weekend on a panel about Korean indie music! If you are going, be sure to stop by “Uncovering Korean Indie Music” on Saturday, August 1, 1:00pm, room 511C, Panel #4 to hear our thoughts on the indie scene and what artists to watch for. (Spoiler: I will probably mention Wasted Johnny’s, so consider this a preview!)