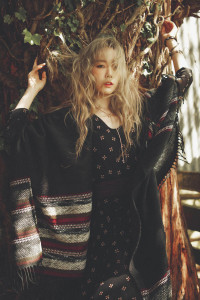 In music, we reviewed the latest Got7 album, as well as Ailee’s comeback with “Mind Your Own Business” from her first full-length album. In addition, we had the anticipated solo debut of SNSD’s Taeyeon with her music video, I.

And, as always, there was a recap of the Best of Weekly Music Shows. In non-musical releases related news, we had a rundown of the multiple mishaps during the BTS Highlight Tour.

Meanwhile, in drama, we had a study on the subtle success of the web-drama, We Broke Up. And in variety, we had a recap of the first three episodes of Unpretty Rapstar.

This week’s For Your Viewing Pleasure was centered on fall fashion.

Finally, in Sunday Social, we looked back on DB5K with Yunho and Jaejoong interacting during a military event.

RinB on Got7 Explore Their Mature Side In Mad

I actually think JYP was pretty clever with the concept and visuals for this release. With a certain YG debut recently passing, the media play about a “next Big Bang” has been pretty overwhelming. It seems like JYP rid this media wave a bit and prepared an alternative for people looking for the next BB for those that prefer their more melancholic releases like Lies and Monster to the bangers like Bang Bang Bang (which seemed to be what people were expecting from iKon). Aside from sound, the styling is very similar to the less ostentatious Big Bang releases (I find it very reminiscent of GD‘s Crooked).

Got7 hasn’t seemed to really resonate with the public yet or really make a mark outside of their own fandom and JYP stans. This release definitely seems more mainstream, and if iKon can’t take BB’s crown and YG won’t let Winner into the race, JYP seems perfectly content to try to let Got7 contend too. It will be interesting to see where Got7’s image and sound go from here now that all of the other major label contenders have an established identity.

Choco_truffles on Taeyeon and New Zealand Impress in I

As a huge Taeyeon fan, I’m really impressed with the song. I think the song speaks a lot about Taeyeon herself, since she was part of the lyrics. It’s really touching and inspiring to see her overcome depression or anxiety and omg THE shit load of hate and see life in a whole new perspective. Even Tiffany cried so I think the song means a lot to Tae. And finally it’s really nice to see artists speaking for themselves through their music! Hope this will continue.

P.S. Two thumbs up for the gorgeous mv and Taeyeon’s subtle beauty in it. 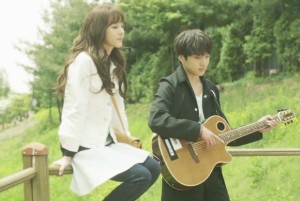 madi on The Subtle Success of ‘We Broke Up’

“Despite this, I wouldn’t call We Broke Up a failure. It’s actually quite the opposite.”

I agree with that statement. Actually, I agree with a LOT of what you said. I would definitely say the drama was a success, but of a different kind. Slice of Life are supposed to be believable and you can relate to it. WBU targets an older crowd, which worked very well. But I think it also works because long time artists such as Dara (2NE1), and BIG BANG so to speak have an older fan base that have stuck with them. So while the younger and probably larger in number generation watches it because of Kang Seung-yoon, the older gen are able to relate to the situations and the characters, thus drawing them in. It’s less about “oh that’s Dara from 2NE1 and KSY from WINNER,” but more about Woo-ri and Won-yeong.

I watched the overly cheesy and predictable EXO Lives Next Door but I haven’t related to a drama in the way like We Broke Up. Being in my 20s, everything about the situations ALL the characters were in understandable and you could and say if you didn’t relate to someone, you knew someone in your circle who did. I don’t think the target was to be popular to begin with but be relatable to the target audience which was an older crowd.

Thank you for your comments and reading!