Taeyeon and New Zealand Impress in "I" 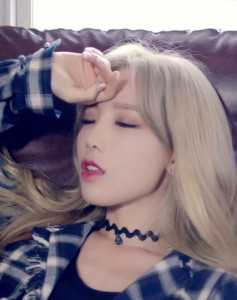 We have seen SNSD members release solo singles before, but they have usually either been CF songs, OSTs, or OSTs pretending to be something else. But now, we have the first bona fide Soshi solo debut in Taeyeon‘s “I.” The MV is simple in both plan and execution, but it is still effective thanks to the New Zealand scenery and the fresh perspective in which we see Taeyeon.

While she mainly performs the sugary pop of SNSD and the OST ballads she is famous for, Taeyeon also has a penchant for rock. Her SNSD concert solo “Devil’s Cry” goes harder than you’d expect, and is used to set the tone for “Run Devil Run.” I was fervently hoping for something rock in Taeyeon’s debut; and while “I” wasn’t exactly what I expected, I wasn’t disappointed either.

SM still goes for pop with “I,” but gives it an alt-rock vibe that lets us explore this side of Taeyeon’s musicality, without giving up the pastel femininity that keeps her marketable. This mid-tempo song is driven by the percussion, with the electric guitar taking a back seat to Taeyeon’s soaring vocals. The phrasing of her lines in the chorus, which create the “I” sound the song is named for, is the hero here; it is a truly memorable hook.

Verbal Jint joins Iron and Gaeko in featuring on a SM solo artist track. His verse, interestingly, starts at the top of the song; he plays narrator, introducing us to a story about a “brave girl” about to achieve her dreams: 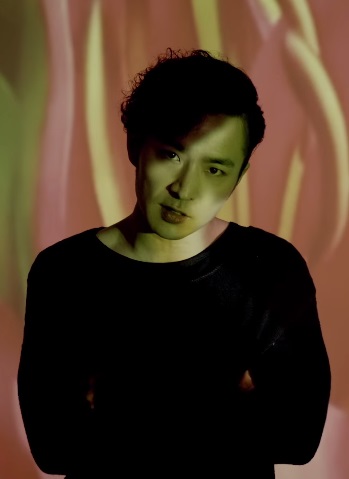 But strong girl
You know you were born to fly
The tears that you shed
Every pain that you felt
To prepare for the day when you flying higher, Butterfly
Everybody’s gonna see it soon

This butterfly motif is brought into the MV as well. While Verbal Jint is stuck in a room with a projector, Taeyeon is in picturesque New Zealand; we see her both frolicking in the countryside with the sheep, and waiting tables at an Auckland cafe that is going to be really popular now that this MV is out.

The juxtaposition between the two Taeyeons is very prettily displayed. White!Taeyeon represents the free spirit following her dreams, covered in whitish woollens and frolicking in lush, green meadows… Like a sheep. Taeyeon looks like a sheep. I’m sorry, but I had to say it. Admittedly, she is a pretty sheep with no pores; but I can’t shake the feeling that her stylist saw a flock nearby and suddenly found her style inspiration. That said, the outfit would at least keep Taeyeon warm as she enjoys the open skies and makes friends with a white butterfly.

By contrast, Black!Taeyeon — who looks stylishly grunge and not at all like a sheep —  has a smile on her face while waiting on cafe customers (including her real-life brother); but she also seems to be experiencing some severe ennui. She is stuck indoors, standing in a cluttered room or sitting on a narrow and dark staircase. What’s more, her boss seems to always be on her case. As she works outside, though, the white butterfly appears to remind her of her dreams. Thus inspired, Taeyeon quits her job and appears to steal her boss’ car as well. 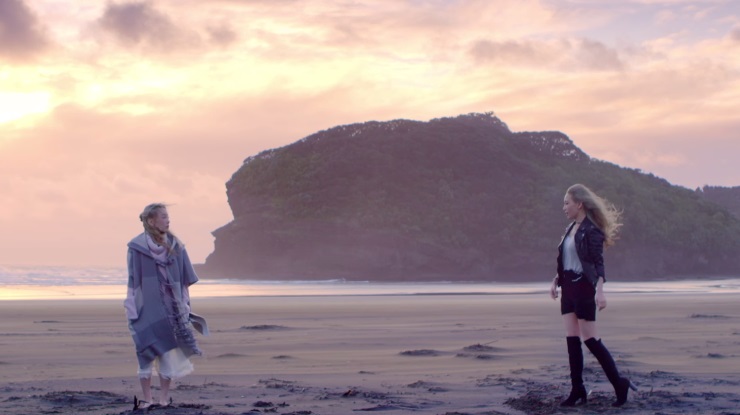 And so, we arrive at the scene from the MV teaser; where, during a montage of breathtaking New Zealand scenery,  a newly freed Black!Taeyeon reunites with her inner dreams, as personified by White!Taeyeon. Where the MV teaser seemed to hint at a confrontation of some kind — similar to the Black Soshi and White Soshi showdown in the “Run Devil Run” MV — the actual product provides us a different, and ultimately more satisfying, context.

The MV’s plot is straightforward to the point of simplistic, but this last scene achieved something that has never happened to me before — it made me relate to Taeyeon. I’ve always been sort of indifferent to her, but both her song and happy ending really struck a chord with me.

I’m not sure how much of the story in the “I” MV is autobiographical, and I honestly don’t care. Either way, I got the emotional pay-off the MV was seeking with that final scene: the relief of leaving behind old troubles, the excitement of starting a new adventure, and the contentment of knowing that you are finally where you want to be.

Readers, what do you think of Taeyeon’s “I” MV and song? Do you think White!Taeyeon looks like a sheep, too, or is that just me?