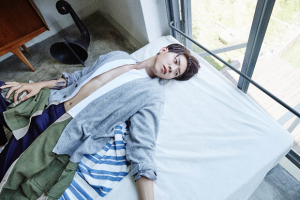 Hello readers, and welcome back to another edition of Comments of the Week!

This week the music releases we reviewed included: Red Velvet‘s The Red, Day6‘s “Congratulations,” Seventeen‘s “Mansae,” CN Blue‘s “Cinderella,” Miwoo‘s “Broken Doll” and G.Soul‘s “Crazy For You.” We also shared some of our favourite live performances from the week prior.

Also in music and idoldom, we discussed the value of boutique labels and the return of K-pop’s first generation of stars; all while admiring them in oversized coats and reviewing all the idol-related happenings in the past week.

We also launched our new segment, SB Dance Exchange. The first idol group featured was Shinee, and you guys had a lot to say about their dance journey.

I have always thought of SHINee as a group that is filled with great passionate dancers, each one of them has a style, which somehow, like their vocals and music style, seem to fit into a different genre of it own, it’s really amazing how a talented group like SHINee had to wait years for their first daesang. I like most of Testa‘s work, but I can’t help thinking how they must be feeling while dancing to it, it looks so hard, so I was particularly pleased with view which not only sported a much simpler dance, but also had an overall feel of relaxation. MttM was fun, what I liked the most about it was the individual segments, though it kindda reminded me of exo’s choreo style, it was nice to see them on stage and be on focus, the music makes it a lot more enjoyable (and Minho‘s smile when he sings ‘are you married 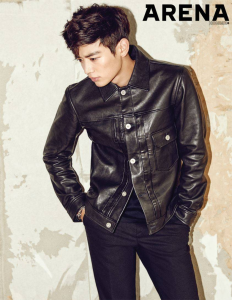 to the music’ kills me). It did have a few weird moments though. Personally, I like Rino‘s chorography of ‘Your Number’ which is japanese, though replay is a close runner up, she makes the lyric and choreo connect and that makes the whole experience better.

It’s funny though, their debut song was so perfect, people still talk about it, I think that’s an achievement. And let’s be honest, anything that SHINee does, I’ll love, they pretty much have me hooked.

My favorite choreographies from SHINee are Love Like Oxygen and Replay. I really like the fluid movements on those. I agree that Rino’s works with them are the best. I still have to give recognition to Tony Testa, because he helped SHINee in improving their staminas. Rino’s fluidity + Tony’s stamina = SHINee great dance skills. SHINee also have good foundations in dancing. I can easily say they are the best in dancing in Kpop.

I must add that SHINee’s Japanese choreographies are good especially Picasso and Your Number.

Red Velvet Expands On Boldness In ‘The Red’

Dumb Dumb felt like SM was playing around with a bunch of instrument and genres and concepts- just because they can. Definitely unexpected from LDN that produced some amazing stuff for SHINee and EXO. The end product wasn’t as bad as one would expect it to be though. That part from 2:25 that lasted a whole of ten seconds was soothing to the ears and is something I would maybe like to see being developed into a whole song. But the general mish-mash felt like a sounding board against which new vocal styles for RV were being tested. DD as a title track works very well in classifying them as an experimental group but until they hit on a sound that’s not near shouting…let’s throw everything together in a song and give 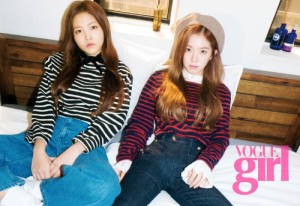 them some interesting choreography, said SM.

Red Dress was super fun because for some reason it reminded me (in my limited experience) of something one would hear at an Indian wedding with a DJ?
And Cool World is hands down my favourite track from the album because it was a nice progression from the beginning of the album to the end in terms of a streamlining and coherence in sound, plus the lyrics were a break from the mainstream compulsion to sing about love and its various forms. Cool World is the foremost reason why I’m glad this album happened!

We hope you enjoyed the first installment of Dance Exchange, as well as the many more to come. And, as always, thank you all for reading and sharing your thoughts with us!