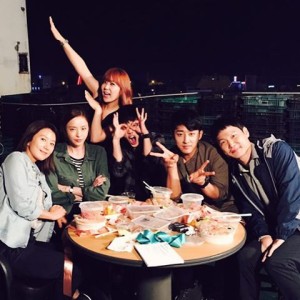 Mrs. Cop’s first three episodes promised action and drama, balanced by the relationships between the main characters. The next three episodes do not disappoint — there is more action, more drama and more development between the central characters. We learn more about Choi Young-jin’s past; what the motives of Kang Tae-yoo, the evil businessman, are; and background characters get more airtime to round out the cast.

At the end of episode three, we’re introduced to Park Dong-Il (Kim Kap-soo), an older prisoner, that Young-jin has a tense relationship with. Over the next episode we find out Dong-Il killed Young-jin’s father. He’s been in prison for over 20 years at this point and from the way Young-jin interacts from him, he might have been close to her family before killing her father.

The chemistry the two have with each other suggests a deeper history than the one presented so far. Kim Kap-soo is great at keeping his character familiar to Kim Hee-ae’s Young-jin while maintaining his mystery for the audience. I’m curious to see how this subplot will play out. I have a theory that the death of Young-jin’s father will be connected with Tae-yoo.

Speaking of Tae-yoo (Son Byung-ho), we learn a little more about what motivates him. In the first three episodes we discover that his company has a large stake in a development project in Seoul and he has the Chief of Detectives on his payroll. He clearly wants to maintain his influence and is willing to do whatever he needs to so that happens. 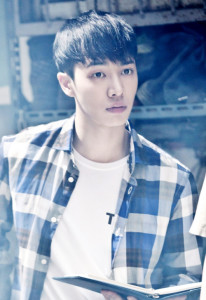 There are small hints throughout these episodes that some seemingly disconnected crimes may in fact be connected to Tae-yoo’s company. We find out runaways are going missing and are being trafficked to Japan. While this subplot is resolved, learning that Tae-yoo’s right hand man orchestrates the trafficking further confirms my suspicions that we’ll find out the company is responsible for more crimes that influence the plot.

In these episodes the supporting characters get more of a spotlight than the first three. We finally get to know Lee Se-won, played by BEAST’s Lee Kikwang, the maknae of Young-jin’s team. Kikwang shines as the adorable maknae, acting as comic relief after serious situations.

One of the greatest scenes with Se-won is after a night of heavy drinking with his team. They’re all woken up by Young-jin’s younger sister and Se-won is seen cuddling with his partner. It’s a great moment demonstrating the close relationship he has with his team. It will be great to see more of Se-won as the show goes on.

Another member of Young-jin’s team that gets more airtime is Min Do-young, played by Lee Da-hee. She’s a law-oriented lieutenant who begs Young-jin to let her be a part of her team. While she’s capable and smart, her stubbornness and inexperience gets her into trouble.

When the owner of a flower shop is found dead, Do-young believes she has found evidence that the secret of the boyfriend was the one who did it. Unfortunately, her hard work is quickly disproved by the discovery of a text the victim sent after her boyfriend left on the night she died. While no one else on the team is harsh to her, her partner takes issue and prohibits her from doing any work without him.

Her relationship with her partner Han Jin-woo (Son Ho-jun) is tense because he believes her inexperience is an extreme disadvantage; Do-young believes that Jin-woo is a punk who shouldn’t be a cop. They fight constantly with one another, but when it counts, Jin-woo has Do-young’s back. At one point Do-young is supposed to look over some security camera footage, but misses something important; when the error is discovered, Jin-woo tries to take the blame so she wouldn’t be embarrassed.

Han Jin-woo is introduced as a tragic character — he had been demoted because of excessive roughness (though according to Young-jin, the decision is wrong) and he witnessed his fiance’s suicide. He’s harsh, blunt and doesn’t mix well with others, but there’s still something about him that makes the audience root for him. 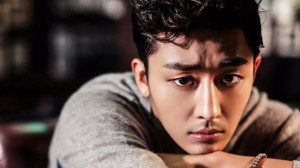 Son Ho-jun’s portrayal balances all these negative traits by bringing a softness to Jin-woo. In moments of vulnerability, Ho-jun shows how conflicted Jin-woo is and his desire to do the right thing, even if he really doesn’t want to. Jin-woo frequently gets into fights; sometimes with the criminals he’s trying to catch, other times with citizens who are causing a scene. He clearly wants to be a good cop, but his past and inner turmoil prevents him from doing so in a less violent manner.

The next three episodes continue to build the fast paced drama that the first three episodes introduced. The plotting is quick and concise, with the episodic cases taking up two episodes at most. Unfortunately in these episodes we don’t see Young-jin interacting with her daughter as much as the first three episodes, but seeing her with her team helps makes up for that. Mrs. Cop is shaping up to be more than just a procedural, and I’m excited to see how everything will develop.