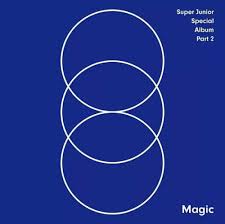 It’s a pretty open secret that SM Entertainment is having a good music year. Base, Odd, Kiss My Lips, The Beat Goes On, Exodus and Lion Heart were all great releases. Looking over a full list of everything they’ve released in 2015, the worst that can be said is some albums are just decent. And praise Jesus, that high quality is spreading to their music videos. Once the bane of K-pop fans everywhere with their boxes and single love interests, SM is finally breaking their molds. Super Junior‘s “Magic” is just one of this new breed of MV, and it’s, well, kind of magical.

“Magic” is an funky, breezy song whose airy nature is augmented by everything in the MV, even the set design. Most MV sets have the problem of obviously being sets. They don’t look like anywhere that actual people could ever come across, and that artificiality often bleeds into the MV, breaking the illusion. “Lion Heart”, for example, is smack-dab in the uncanny valley of set design.  “Magic” does not have this issue. That street might very well be a real street. That cafe is equally legit. The gym and stage look like actual locations.  This genuineness matches the laid-back vibe of “Magic” flawlessly, and makes it that much easier to slip into their world.

The vintage visuals also match the breezy nature of the song. The cinematography is smooth and seamless. The techniques are straight out of the 1980s, relying equally on zooms and straight cuts to transition to the close-ups. The costuming is just as vintage but still timeless, pairing sports coats with ratty jeans for a look that’s nostalgic but not dated.

The plot is the old K-pop standby of having every member of the band court the same girl. That said, there’s a serious departure from the norm by literally having everyone try to win over the same girl. Super Junior spends “Magic” in a friendly competition with each other, with everyone trying their hand at winning the fair maiden’s heart — and making their friends look like dorks in the process . By acknowledging the cliché, they take a stale trope and work into something funny and fresh. When did SM get a sense of humor?

The requisite use of magic in “Magic” needs to be applauded because it could have gone very wrong very fast. Let’s face it: the first assumption for an MV called “Magic” where everyone is trying to make one girl fall in love with them is that Super Junior was going to use said magic to make her fall in love. The unfortunate implications of that are not hard to see, but thankfully, neither are they relevant. 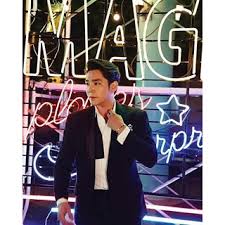 The use of magic is just as lighthearted as the song. The antics of the members are a crack-up to watch, with special points to Ryeowook for that coffee mug to Donghae‘s face. Magic is a tool used to get the girls’ attention and level the playing field between the members. They all try to win her over with their natural charm. It’s rather sweet to see the boys ribbing each other over her affections, and when she makes her choice — Kangin— there aren’t any hard feelings.

The song itself is pretty freaking good. It’s got a great vibe to it, channeling the funk of the late 80s with some great horns and a more relaxed sound. The vocals are crisp and polished, and Super Junior really digs into the upper end of their ranges . The one real critique is that “Magic” is almost too slick; it never really builds to anything, but it’s still quite fun. “Magic” is just a damn happy song, one that’s hard not to smile to when you hear it.

I don’t know who’s responsible for the serious uptick in SM video quality this year, but they have become my new favorite person. “Magic” is familiar without becoming stale. It’s classically simple, without being lazy. There are no awkward implications. And most importantly, “Magic” is fun. Seriously, mystery employee, tell me who you are and I’ll send you flowers. And a fruit basket . And strippers. Just don’t leave.