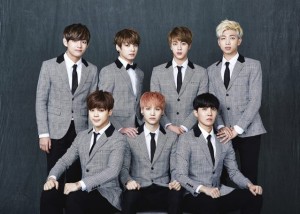 I’d like to start off this article with an apology, or perhaps several, given the unfortunate calamities that led to it being written in the first place.

I’m sorry that this article is being written because some fans have zero chill. I’m sorry that an Anti posing as a fan spoiled what should’ve been an exciting concert. But mostly, I’m sorry things reached this pinnacle of pathetic in K-pop fandoms.

Apologies aren’t hard to give, but for some people, it’s a tough pill to swallow. It requires deep reflection on one’s actions, or words, and finding a way to make amends for wrongs done. To me, apologies have always meant showing remorse for upsetting someone. Growing up, I was taught when you make someone feel bad, you say, “I’m sorry.” Regardless of whether you intended to hurt someone or not, “I’m sorry,” was the universal bandage for regretful actions and words as a child.

So how did we come to be adults with less rationality than children?

As a writer, I know words hold meaning. Despite the old adage of “sticks and stones may break my bones, but words will never hurt me,” it’s clear that, in today’s social media-influenced world, words hold impact. They heal and they hurt. They uplift and demean. It’s all in the message, but also in the perception of the receiver. 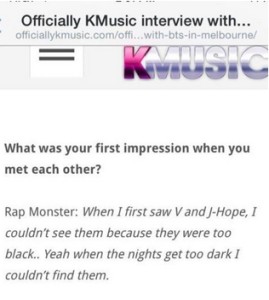 Recently, an interview with BTS sparked the controversial fire that exploded into something few of us could’ve seen coming. The members were asked about their initial impressions of each other, and Rap Monster‘s response, spoken in English, raised some fans’ eyebrows:

“When I first saw V and J-hope, I couldn’t see them because they were too black. Yeah, when the nights get too dark, I couldn’t find them.”

This quickly went viral, stirring up a great deal of vitriol among the ARMY fandom. Making matters even worse, the original transcript and YouTube interview vanished moments after the proverbial crap hit the fan. Regardless, the damage had already been done as fans took to social media to criticize and defend the context of Rap Monster’s words. Conflicting views caused a rift in the fandom, yet the main person who ignited the firestorm remained completely silent throughout the drama. It also didn’t help that Big Hit Entertainment was just as tight-lipped on the subject.

Some fans were hoping an apology would soon follow. He probably didn’t mean anything harmful by it, so all he has to do is apologize for the misunderstanding. It’s not like saying, “I’m sorry,” is going to destroy his career. If Jackson of Got7 could survive the humble action of apologizing for an insensitive photo re-post, then Rap Monster had nothing to fear. ARMYs simply had to wait for him to say something. 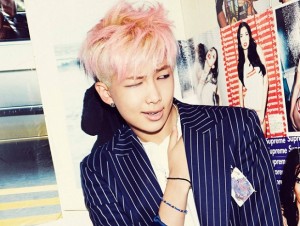 A day went by with not a single apologetic word from Rap Monster or Big Hit. There wasn’t even an explanation for the strange disappearance of the transcript and video. In fact, what did happen was business as usual. BTS tweeted some selcas of themselves and left cute messages for fans. Yes, even Rap Monster continued his Kim Daily fashion posts.

Another day passed and it was the same again — Rap Monster posting more selcas but no apology. Was this sorcery? No, just the same old don’t-say-anything-and-they’ll-eventually-move-on trick used by companies when covering up a known problem. We saw this happen with BTS and the Memorial for Murdered Jews debacle, so Big Hit decided to make a sequel to that event and ignore the requests for an apology from Rap Monster.

As one may expect, this lack of response fueled more anger, which is something Big Hit probably never anticipated. Soon, the peaceful requests were involuntarily mixed up with rude insults and death threats against the rapper. Now the fandom was up in arms over these clear expressions of hate, targeting even the peaceful fans being unfairly suspected of sending them.

The fans who only wanted an apology were upset that the ugly actions of immature fans diverted what could’ve been a constructive conversation on colorism, which is not the same as racism. Racism is based on discrimination of one’s race, socially constructed by the common genetic traits a group of people all share. Colorism typically happens within minority races, where darker skin tones are often a target of ridicule. 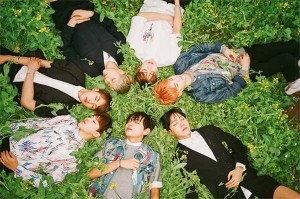 Somehow, this bled into a dramatic exchange between fansites regarding how pictures of BTS were edited. Accusations of theft and editing photos without the original creator’s permission flew across oceans as Korean fans and international fans debated over what was the most flattering skin tone for members of BTS. I’m not going to focus too much on this part of the story, though, because things grew even worse after that.

Fast forward to the first day of The Red Bullet tour in USA, and fans were excited to see the group perform live. For some, this would be their first chance to meet BTS in person for a hi-touch event. Others were simply grateful for having a ticket since the tour sold out quickly in all US locations. Very few lamented about the events from the previous days because they would see their bias group perform!

Sadly, the festivities for ARMYs attending the New York concert halted when someone posted a photo of a gun on social media and threatened to shoot Rap Monster there. No idea how security was alerted to this post, but it was the last straw in a string of death threats aimed at the BTS leader. The concert ended abruptly and the hi-touch event was cancelled for the safety of BTS and ARMYs. 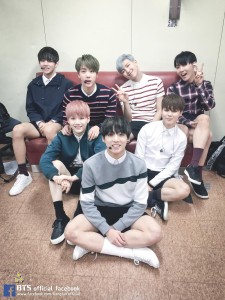 In the wake of these events, it’s deeply saddening that things escalated to this point. As a fan, I’ve enjoyed watching this group grow from the talented yet questionably strange rookies to the undeniably fun and weird bunch of goofballs they are now.

While I was also hurt by Rap Monster’s remarks, like a lot of fans who felt upset, I only wanted an apology. No matter how anyone felt about his words, none of it warranted insults, and it most certainly didn’t call for a death threat at their first New York concert. We may criticize idols for many things, but what none of us should ever do is threaten to inflict harm on anyone.

Words hold meaning. When that person posted those threatening words targeted at Rap Monster, it destroyed a wonderful experience for BTS and their fans. Too often we come across these flippant comments:

“Calm your tits, lol. He was kidding.”

Here’s the problem with that kind of language. The subtext, or hidden message, in those quotes and ones similar to it, are meant to deflect any responsibility of the speaker onto the listener. Sometimes this is a defensive habit to absolve the speaker of guilt associated with what upset the listener.

There is also the implicit demand that the listener concede to the speaker through veiled insults. The listener probably wants to discuss their feelings with the speaker, but the deflection and insults create a barrier that leaves both sides literally screaming at each other. Obviously, this gets us nowhere in a conversation.

That gun “joke” ended a concert. It dampened the morale of fans who only wanted to enjoy a night of watching this awesome group perform. It may affect how the subsequent concerts go, depending on what the promoters and Big Hit want to do. It could mean that thousands of fans who spent hard-earned money and traveled miles to see them will be cheated of this chance should they decide it’s too dangerous to be in the US. All of this drama started by “jokes.” Jokes are never meant to make anyone feel inferior or afraid for his personal well-being. There is absolutely nothing funny about death threats!

I don’t care if Rap Monster’s remarks were a joke or not. I was more disappointed by the silent treatment given towards fans upset by what he said, not only by him and Big Hit, but from other fans as well.

And for the record, asking for an apology is not the same as a death threat! I’ve seen this awful comparison and it’s inaccurate and demeaning towards those who did not send disgusting insults and threats to Rap Monster. While I’m not surprised that many don’t care about him apologizing now, that doesn’t excuse his colorist statements. An open discussion on colorism has been diverted by these distractions, so an apology from him would ironically mean nothing at this moment.

Originally, I wanted to discuss apologies as a subject because it bothers me that so many idols are shushed into silence when a response is desperately needed. I’m not pinning the blame for any of this on Rap Monster, even though some feel if he had only apologized sooner, things may not have gotten so bad. It’s unfair to blame him for the actions of some disturbed fans who finds a sick humor in threatening lives. That’s on them, not him.

It’s also not on the fans who responsibly asked for an apology, because really, what would’ve been lost had an apology been given? As much as I saw fans asking, “Why do you keep begging for an apology?”, I rarely saw anyone ask, “Why do think an apology would hurt him?” Would people leave the fandom now because the leader addressed the issue and acknowledged his words were harmful? Or would fans take a cue from his example and show greater respect for someone who wasn’t afraid to admit that he makes mistakes but still cares for his fans’ feelings?

If Rap Monster does apologize, fans might be inspired by his words enough to apologize to other fans they offended with their hurtful words. Fans at the New York concert apologized to the group as they left the venue, and they weren’t even responsible for the drama! Did it hurt them to apologize? No, but they did out of respect for BTS. They felt genuinely embarrassed and saddened by the incident, and many fans took to social media to express that. All of that hurt and anger from days ago, diminished over a series of “We’re sorry, Bangtan. Please don’t hate us” posts. Apologies don’t hurt, they heal, and the fandom needs a lot of healing.

I don’t know why things deteriorated like this, but I simply want everyone to understand that words hold power. They mean things. Don’t use them violently against each other. Be kind, understanding and gracious towards one another. Also, apologize if you hurt someone! It’s not going to destroy you to say, “I’m sorry.”

I’m so sorry for anyone who felt hurt by this entire disaster. If Rap Monster ever reads this, I want him to know, he can take his time to reflect, but please consider your fans’ feelings too. The only reason anyone is upset is because a lot of fans look up to him as a positive role model. Nobody wants to see BTS suffer like this, and I don’t like seeing the fandom fight either. I’m sorry that some immature fans give the great ones a bad name.

But I’m not sorry for supporting BTS!