BTS, The Holocaust Memorial, And Why I'm Not Letting It Go 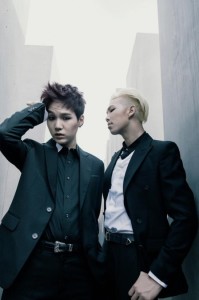 About a week ago, BTS released teasers for their photobook and set the internet on fire, and not in a good way. It took little time for fans to realize the pictures had been taken at the Memorial to the Murdered Jews of Europe, colloquially known as the Holocaust Memorial. Once those fans took to the internet to inform Big Hit of where exactly those photos were taken, they were removed.

No harm, no foul, right? Wrong. So very wrong. The Korean entertainment industry has done some awful things over the past year — looking at you, Kim Hyun-joong — but this is one of the most offensive things I have ever heard of, and Big Hit should not be let off the hook. They haven’t even made an apology. They just tried to pretend it never happened.

Let me be clear: I am not impartial on this. I can’t be. I’ve always been close to my paternal grandmother. She lived under the Nazi Occupation and she was almost killed after D-day. The church in her hometown has bullet holes — because that’s where executions were held — and patching over them is something no one is willing to do. I am taking what Big Hit did very personally and I am not alone. They turned graves into window dressing and didn’t even have the balls to say sorry.

Make no mistake, the Holocaust Memorial is a cemetery, and those blocks that BTS look so good posing against are graves. The Holocaust claimed over 11 million lives — Jews, homosexuals, Romani, the disabled, political dissidents. One million more than the population of Seoul. Over 20% of the population of Korea. It’s one of the worst genocides in human history. And when it was over, the few who managed to hide, who were “lucky” enough to be sent to labor camps over death camps, who survived the Bataan Death March had no identities, no help, and nowhere to grieve for their families. The bodies of the Holocaust’s victims are either in mass graves, location unknown, or they were burned. They were denied a final resting place, so we gave them memorials, to honor their lives and remind ourselves of how senseless their deaths were. 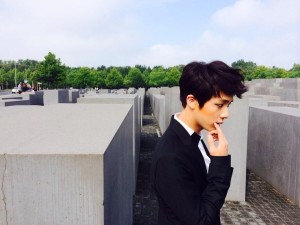 Many have pointed out that tourists have taken photos at the memorial without it causing a ruckus, so it shouldn’t have been an issue for BTS to have a photo shoot there. To this, I say “no shit, Sherlock”. Someone taking a picture for their own use is not only acceptable, it’s the intended purpose of a memorial. Not to exist for its own sake, but to be visited by anyone who lost someone they knew, to honor the dead, to be an attractive piece of modern art. Honestly, if BTS’s photos were of them laying wreaths or some other form of paying respect, I would be thrilled at the gesture, at how respect for the dead is universal. However, that’s not what’s happening.

BTS is posing in front of the blocks for the sole reason that someone thought they looked cool. They took a place of reflection and respect and held a photo shoot, turning the only graves that eleven million people will ever get into a set dressing. And for anyone who thinks I’m over reacting, imagine if idol group did a photo shoot in a cemetery: slouching against tombstones, sprawled out over grave sites. That is what they did. That level of disrespect was paid to genocide victims, and we’re supposed to accept it because the photos were taken down? No. You wouldn’t use a cemetery to sell handbags and you shouldn’t use a memorial to sell idols.

Memorials and cemeteries serve the same purpose: to let people grieve for and honor the dead. The respect given to grave sites is ingrained in people; it crosses all cultural lines. There is no excuse for what Big Hit did. By turning the only grave eleven million people will ever get into a prop, Big Hit just spat on their lives and their deaths. Don’t be shocked that people are spitting back.