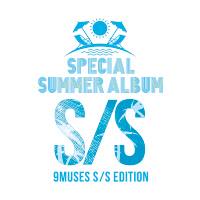 Summer 2015 has been filled with comebacks for girl groups, and joining the foray is Nine Muses with their album 9 Muses S/S Edition. With an intro that would be fitting for a “Hurt Locker” remix (this seriously needs to happen), the album is quite a bop-able trip; it switches from electronic dance to more jazzy and smooth songs. Don’t be mistaken, there are no ballads – thank goodness – to break up the overall upbeat nature of the album.

The intro flows nicely into lead single “Hurt Locker.” With girl group summer releases being rather lackluster, “Hurt Locker” is the winning jam. The music has a bit of a grungy feel with hard hitting electronic sounds that are rough, but not awful, on the ears. There’s also an ebb and flow to the song’s progression: it starts slow and simple, hits at the chorus, returns to the start, hitting chorus again. This continues throughout, so just as you think the song is going to relax, it picks right back up. The progression allows the song to remain engaging and not become too boring as this style often does.

Using the military term for a place of extended pain, the song equates that place to being a wreck after a break-up, going through emotional turmoil and anguish. Despite the depressing lyrics, the MV is less hurt locker and more brightly painted shipping dock with sexy women. It also has a nice dance that showcases how in sync the group is when doing choreography.

“Person Like You” is an electronic disco track with a touch of jazz and would make a great title track on its own. The song is very “9 Muses.” The group has made quite a few songs that follow a similar style, such as “Figaro.” The laser shooting sound effects are rather amusing but fitting for the genre. The song also follows the harsh lyrics of the first song: the girls are fed up with a guy being outrageously fickle and tiring and, therefore, are moving on with their life without him. Sadly, it ends abruptly and leaves listeners craving more.

The third track, “Fancy,” gave me pause: am I listening to a track that should have gone to Secret or Miss A? Not that it’s a complaint — Nine Muses carries this song quite well. The group has vocalists that can sing in the breathy, sultry style that makes this song more alluring. As for the lyrics, “Fancy” takes a step in the opposite direction of the first two tracks.

This time the girls are actively pursuing a guy – who seems to already have a girl. By using different definitions of “fancy,” from appearance to attraction, the girls are able to cleverly display their desire for a guy. 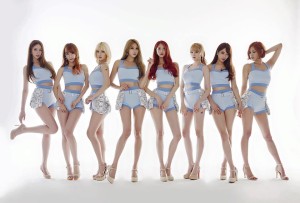 “Yes or No” details the complicated nature of being in an “official” relationship. As the title suggests, Nine Muses wants to know if they guy wants to date (Yes) or just play around (No). Musically, the song is smooth, yet not a boring ballad. There’s a strong bass line and syncopated guitar in the back that adds a bit of nuance. The scratching is a bit out of place and confusing as to why it’s included. Luckily, it isn’t disruptive since it appears only in the hook. The best part of the song is the inclusion of little spoken parts of exasperation by one of the members. This adds an element of reality and connection.

Nine Muses seems destined to forever be acknowledged for their impressive looks (we can blame marketing and the fact they are, indeed, goddesses), but not their jams. This is such a pity. Beneath the pretty veneer is a group with quite a bit of quality tracks. 9 Muses S/S Edition, led by “Hurt Locker,” is just the latest iteration of quality. Each song has its own flavor, and it’s a good thing that none belong to the sort of overly fluffy, booty-shaking summer songs that are coming out. Nine Muses released songs that separate them from the crowd, though there’s no expectation they’ll get the recognition they so rightfully deserve.