Falling in "Love" with Girl's Day 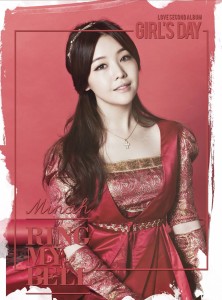 Girl’s Day has returned with a second album: Love. It pulls together many of the group’s previous releases and adds sparks to the flame with some new ones.

They have released an incredible amount of catchy songs in recent years to make them one of K-pop’s leading girl groups. Many people have fallen for Girl’s Day’s talent and charm. Can they make them fall again with this album?

Opening track “With Me” uses aspects of disco to create an emotionally charged dance track. The song shares a lot of musical attributes with Gloria Gaynor‘s “I Will Survive” — from the violins and guitar to the beat. However, “With Me” has the complete opposite message, as the girls desperately plead for their lovers to stay with them. The song stands out for its ability to showcase the group’s vocals with emotion and technique. The notes are drawn out in the chorus to create a feeling of desperation to fit the songs message. But, seriously, who could leave a member of Girl’s Day?

“Ring My Bell” is a title track that is so fast you hardly realize what is happening in it. The song is incredibly chaotic, especially in the chorus where everything is full steam ahead without any transition from the previous verse. Girl’s Day must use up all their energy to perform once then go on a holiday for a week to recover — it is just that fast. The only aspect that has the ability to save this song is Girl’s Day’s vocals. However, with the clash of sounds in the background, it becomes hard to hear them. For instance, the high pitched sound in the chorus, that goes up and down like an arpeggio, is just too annoying. But it’s easy to understand why this song was chosen as the title track, as it is distinct from what they have released before, mixing influences of country with pop. Unfortunately, the song isn’t good enough. 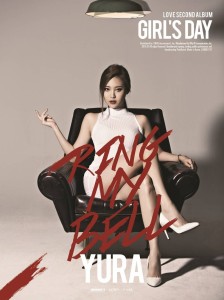 “Macaron” is my favorite track from the album as it expands on Girl’s Day’s foray into swing and jazz previously heard in “Darling.” This song is incredibly well put together with all the components being distinct while swinging to the beat. The sound is more authentically jazz than “Darling” as it chooses to stick with instruments that are usually used in the genre. The girls get to show off their a capella capabilities in this song as they perfectly interact with the instruments, filling in gaps or bringing new layers to the song. When the girls sing the filler ‘Doo Wop’ lines, they join in with the instruments to give the song a vibrant texture. “Macaron” is gorgeous from start to finish, and it’s hard not to fall in love with it.

After the whirlwind pace of the first three songs, the listener is given a breather with the next song. “Come Slowly” is about a girl who is trying to revive a relationship that has broken down. It portrays a mix of stubbornness and longing, as the girls plead for their partners to return to them to start again. The simplistic composition of the song allows the listener to focus on the group’s vocals. Unfortunately, even though the vocals ring out clearly, they seem rather unemotional compared to their usual standard. “Come Slowly” isn’t distinct enough as a ballad to stand out amongst an album dominated by dance tracks. 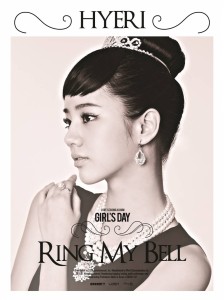 “Top Girl” is another song on the album that could be a title track contender. In the song, the girls show regret to a romantic partner, promising to change into someone that deserves their affection, a top girl. Definitely reminiscent of the girls’ previous hit “Expectation,” the song works with a pulsing beat, by speeding it up or down to create an invigorating ride. As a dance tracks, it easily fits in the category of a fun summer releases.

The album also features most of the group’s previous releases, including “Darling,” “Something,” “I Miss You” and “Hello Bubble.” Despite the time since they were released, they still stand out as the strong, catchy releases they are.

The group’s singing ability shines through on this album, whether they are singing together or solo. Minah‘s emotional vocals stood out the most as she hit high note after high note. When the girls sing together, each song becomes awash with vibrant colour. This group can turn the simplest song into a hit with just their vocals.

Love is essentially an album full of title tracks due to each song’s infectious nature. Due to what genres the group has covered in the past, “Ring My Bell” may seem like the clear title track, but with its chaotic nature, it just falls flat. Other tracks, such as “Top Girl” and “With Me,” are other possible contenders but are too reminiscent of previous releases. Ultimately, the stand out track on this album is “Macaron,” as an incredibly amount of detail has been put into it to create something beautiful. To me, this would’ve been the perfect title track. However, you may think differently. With the diversity of music on this album, it’s hard not to find at least one song that will make you fall for these girls.

So did you fall in love with Girl’s Day?