Changmin's "Rise as One" Is Head-scratching EDM

In light of TVXQ‘s impending enlistment, SM Entertainment has decided to bless us with a special album, Rise as God. With solo tracks as titles, Changmin got his chance with “Rise as One.” “Rise as One” is, regrettably, not as fantastic as it should have been, in that it seems that Changmin got the short end of the stick for his title track.

Although beautifully shot, the MV is essentially a mass of vague imagery and random actors, which steals away from what it could have been.

So, how to make sense of everything in the MV; “Rise as One” isn’t a fluff piece, so there’s likely some meaning within. Everything to follow is just conjecture and/or theory, and possibly pure nonsense. The MV could have been a bit clearer in what it’s trying to portray.

The MV seems to follow the activities of two young boys. We see the boys getting together to essentially exploring both nature and industrial sites. As time goes by, they are exposed to multiple sources of media ingestion (TVs and computers). It could be argued that the scene where the screens (miraculously without any visible sign of an electrical source, of course) turn on is a bit of mental “awakening.” However, as we all well know, media is both informative and mindless hypnotic drivel. This hypnotic nature of the electronic world may be symbolized by the image of two men (they appear to be TVXQ), being in a comatose state hooked up to a screen. The young boys are drawn in, and in cuts we see Changmin becoming conscious. When the mind finally breaks free from this hypnosis, as evidenced by the screens catching fire, there’s a sense of freedom.

For the boys, freedom brings happiness as they travel to the coast to end the MV. Perhaps nature, particularly the butterflies and ocean are a symbol of childhood, innocence and freedom. The boys seem most happy during these moments.

The two little boys are a head scratcher. Who exactly are they? If they are meant to represent younger versions of TVXQ, the casting could have been better. It’s hard to imagine the boys, who appear to have strong Western features, are Yunho and Changmin, even more so given that they haven’t known each other that long. ‘Tis better to just think that the pair of young boys is randomly selected actors to play random characters.

Another head scratcher is the woman. It’s not a stretch to say her appearance is just plain odd and weird. She’s dancing in the middle of the woods along a path. Is she a not-quite-benign character or a symbol of freedom?

Or perhaps everything means absolutely nothing, and SME has decided to troll us all.

The most glaring mistake in the MV for “Rise as One” is the absence of Changmin himself. Other than a few blurry shots of him, he’s largely not present. This is a slight that cannot be overlooked. Changmin is currently looking quite scrumptious while doing a good job in Scholar Who Walks the Night so the MV should have done a better job of plastering his lovely visage all over.

The dawn is still blue
The stars shining on the path I walked on
The ground that my feet stepped on became hard
It leaves behind footprints, telling my story
Under the eastern sky, I’ll leave it under my feet
Then we’ll rise as one

The warmth of the sun reaches the land
Like you, who warmly holds me
I’ve received the light so I’ll spread that light again
On top of this path that we’ll walk on together

Just like Changmin, lyrically, “Rise as One” is rather absent. What you see above is all there is to the song. It’s a rather short narrative of how one’s path becomes one’s legacy, and that the path continues even when walking with someone else. The “someone else” is rather ambiguous. It could be Yunho, Cassies, a girl/boy, whomever. Perhaps listeners are meant to pick their own partner. The song is more instrumental than lyrical, and that’s disappointing. “Rise as One” feels more like “producer/DJ featuring Changmin” than an actual Changmin track. 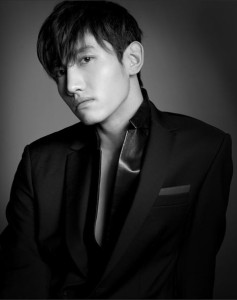 Musically, the song is an EDM ballad. Some people like EDM; some don’t so the song was already going to be a hit-or-miss situation. In the beginning, “Rise as One” sounded very nice with its simpler, slightly acoustic instrumentation. Then, the beat dropped and took the song in another direction. Alternating between the softer verses and EDM does give the song a bit of character though.

“Rise as One” could have been so much more if it wasn’t like every David Guetta song on the radio. Changmin has the vocal powers and color to truly slay a ballad, and perhaps even a rock ballad. If instead of the beat dropping, some kick-ass rock instrumental had kicked in, “Rise as One” could have possibly made a huge impact. Instead, we got an electro-pop ballad. That’s not to say the song was bad, as it wasn’t. But it just didn’t have the expected oomph and beauty. On the plus side, “Rise as One” is repeatable without becoming annoying and has a hook that can be sung as an anthem.

To be honest, Changmin deserved more. His other solo track on the special album, “Apology,” is great, so why wasn’t his title track the same way? Hopefully SME gives him a fantastic solo album that showcases just how good Changmin really is before his enlistment.