Share One Last Drink with TVXQ's Yunho in "Champagne" 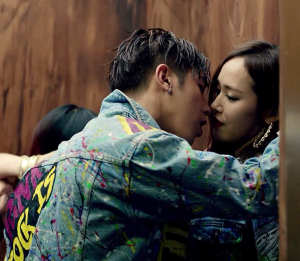 After leaving Camiele on the fence on his career as a soloist with his Japanese album, TVXQ’s Yunho got another chance to prove himself with “Champagne”. As one of the two title tracks off TVXQ’s surprise album Rise As God, it presents a different side of Yunho that we don’t usually get to see.

As a party centric MV, it doesn’t take itself too seriously by using humor to create a lively atmosphere. As “Champagne” was released the day before Yunho entered the army, it is the perfect celebration to send him off with.

Yunho steps into the role of a soloist perfectly with this song, despite it possibly suiting the TVXQ duo more. “Champagne” likens a girl to the euphoria of drinking alcohol. It is a simple message, but it really comes across through the lyrics.

You shine brighter than anyone else
The breathtaking feeling rises, my lips get dry
It’s not easy but I’ll fill up a glass for you
I feel it with just one sip, only one only one yeah

It is a smooth dance track that immediately grabs the attention of the listener; it pushes you to get involved, whether you sing or dance to it. The song uses very distinct elements, like the opening guitar riff, to create an addictive tune. There is nothing incredibly technical about the melody, but it is catchy, consistent and plays to Yunho’s strengths. His vocals stand out the most in the chorus where they navigate between the higher and lower registers to create an interesting dynamic. Putting together contrasting elements and making them work together is a theme that runs through this entire release. It is used effectively to make “Champagne” the stand out release it is.

“Champagne” is a song that sets out to get people involved, and this is made easy through dance. The chorus is paired with an incredible distinct dance move that I would describe as a confident walk. It is easy, simple and anyone can do it – or at least try it. This takes away the barrier between idol and fan, making dance enjoyable to anyone. However, this can’t be a release from TVXQ’s Yunho without an emphasis on his dance skills. The break in the song, where things slow down and get a sexier vibe, is the space where Yunho gets to show his talent. When separated from the groups of dancers and dances solo, Yunho makes it abundantly clear that this is what he does best. The diversity in the dance makes this release both enjoyable to watch and join in with. 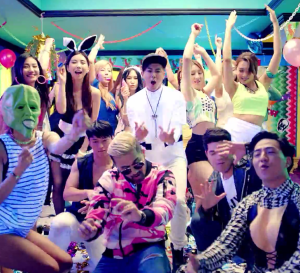 The MV switches between many colourful scenes filled with people dancing and having a good time. Each set is filled with colorful props, giving it a fantasy-like feel that reflects alcohol-induced happiness. Despite the amount of people in the video, Yunho stands out the most. He perfectly inhabits his skin in this video with his facial expressions displaying an infectious amount of happiness. It doesn’t matter if he is in a car wash, a bus or an elevator, he is what brings this video together. Furthermore, this MV isn’t supposed to be innovative, using quite a lot of clichéd party MV tropes, but it definitely has its own flair, though it might hold the record for largest amount of lens flares in a K-pop video.

While it isn’t anything groundbreaking visually, it is a step outside of the box for Yunho’s current image. Most of TVXQ’s Korean releases have been incredibly serious, projecting the duo as the ideal ‘cool’ men. “Champagne” diversifies that image with Yunho flipping between ridiculous to cool throughout the MV. Furthermore, this is used to his advantage to create humor. For instance, this is the only video I know where an idol can brush off farting in an elevator by starting a party. This humor is essentially what makes this video unique — what other MV features a grown man dressed up as a baby? 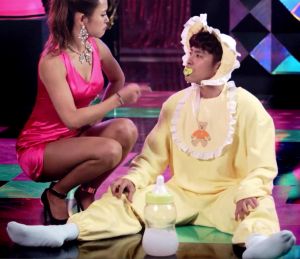 This release stands out on a personal level as it signifies Yunho’s last release before entering the army. He got many of the SM Entertainment staff and friends to make appearances in the MV. It is interesting to note that the MV switches between shots of Yunho and a young SM trainee. Is he passing the torch to the younger idols? Either way, “Champagne” is essentially a celebration that anyone can enjoy, whether they’re a fan or not. For some, this is a ‘goodbye’, for others it might actually be a ‘hello’. However, Yunho is definitely leaving on a high note with this release. “Champagne” will be our last drink with him for a while. Bottoms up!

So was this release enough to last you for two years?