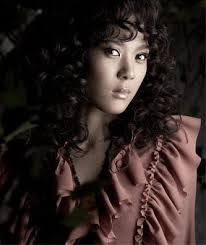 Of all the words to describe this person, I can think of many which would be accurate.

This person is the talented Tasha, better known as Yoon Mi-rae, and she deserves respect given how she has risen to be one of the top female artists in K-pop despite adversity.

Born Natasha Shanta Reid on May 31, 1981 in Texas, U.S.A., Yoon Mi-rae faced discrimination on account of her mixed heritage: Her mother is Korean and her father is African-American. Her father was a DJ, so her introduction to music came at an early age.

As a teenager, she became part of a group called Uptown. They made their debut in 1997, and T (her former stage name) caused a stir because she was one of the first mixed race artists to promote in South Korea. Bear in mind that this happened in the ’90s before the Hallyu wave really got going. A homogeneous country like South Korea wasn’t quite prepared for someone like Yoon Mi-rae, which is why she felt the need to express her frustrations over these reactions in “Black Happiness.”

The song addresses her struggles to fit into a culture that was telling her to denounce her father’s bloodline in order to succeed. Her heritage was the source of a lot of inner turmoil as she fought for acceptance in the entertainment industry. It takes a strong person to give a metaphorical middle finger to people and say, “Yes, my dad is black, and I’m proud to be his daughter.” Yoon Mi-rae’s father even makes a small cameo in the song. Her refusal to assimilate to narrow-minded views makes her all the more admirable.

Her first album As Time Goes By demonstrated that she wasn’t a mere marketing gimmick being used solely for her biracial roots. She exhibited talents some would compare to Lauryn Hill as she showcased her solid rap and vocal skills. Her ability to write so honestly about her experiences also influenced future generations of young girls like Yuk Ji-dam who credited Yoon Mi-rae’s music for getting her through school bullying.

Uptown eventually disbanded over some scandals, leaving Yoon Mi-rae to go solo. During this period, she released three albums, Gemini, To My Love, and Best. Later on, she joined label Jungle Entertainment. The founder of this label was none other than Tiger JK himself. This is where we begin the love story portion of Yoon Mi-rae’s life.

Tiger JK recently spoke about the serendipity surrounding his marriage to Yoon Mi-rae. On an episode of Happy Together, he recounted a story of his father telling him about a cute girl he met and how Tiger JK would be a good fit with her. As it turns out, this “cute girl” was Yoon Mi-rae. The two dated for seven years before marrying and having their son Jordan.

In the world of K-pop, this is usually where most female entertainers drop out of sight to focus on family. No judgment against those who have quietly chosen to retire from the business, but it’s hard to believe that every female artist wants to spend her days as only a housewife after years of dedication to her craft. Yoon Mi-rae is a rarity in that she continued making music post-marriage and motherhood. Even more impressive is the fact that she did it successfully.

With her supportive husband Tiger JK and Jung-in, she put out a catchy tune called “Get It In” for the Creator Project in 2011. This song would be a precursor of things to come as the group MFBTY formed in 2013 and released “Sweet Dreams.” The infectious pop song introduced us to the talented trio of Yoon Mi-rae, Tiger JK and Bizzy in their current incarnation.

As expected of any loving wife, Yoon Mi-rae had no problem lending her talents for Tiger JK’s The Cure. Unlike a lot of celebrity couples, their bond is rather unique in that they openly promote together. Usually, such a move would be viewed as a career or marital death sentence, but somehow these two manage to make it work. It’s likely due to Yoon Mi-rae’s carefree nature that she is able to laugh at Tiger JK’s goofy antics, keeping things light through rough times, like when they left Jungle Entertainment to create Feel Ghood Music. 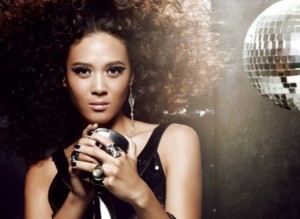 Personal life aside, Yoon Mi-rae represents a standard that I wish more female entertainers would follow.

Even when a large corporation tries to screw her over, she isn’t one to take things sitting down. She boldly goes for what she wants, no matter how the odds are stacked against her. More than her talents, her long-standing dedication to music should be applauded. She spent over half of her life in this industry, and still wins awards for her music. Even the final round of our March Madness left the Seoulbeats staff wondering if this woman could actually be the mold breaker to win, but alas, we understand the power of Jaejoong is too strong.

It doesn’t matter that Yoon Mi-rae was the runner-up, so much as it does that she was a formidable contender in the first place. In fact, some of our writers believe she could’ve won this year if she was up against anyone else besides Jaejoong. It’s difficult to deliver in words exactly what makes Yoon Mi-rae so special, but for me, it’s her heart.

All you need to do is listen to other artists speak about her and see how people act around her to know this woman earned every ounce of respect given. She may not win a ton of awards or have the largest fan base, but what she does possess is a tenacity that has yet to be matched by any other female artist in South Korea. And that is how you slay the music industry for almost two decades.