Rap Monster Embraces Individuality For "Do You"

We have complained numerous times about the monotony of themes in music videos. Lack of originality and personality detracts from the message of the song, which sometimes contains deep meanings, but one wouldn’t know it from the gratuitous images marketed towards a young audience.

Rap Monster of BTS warns his audience against buying into these subliminal tricks in the MV for “Do You.” Rather than sugar coat this narrative, the audience is invited to think autonomously about how a person should live one’s life. Do you swim with the current or fight against the waves? According to Rap Monster, neither choice is wrong, and this video does a decent job of relaying that message.

The song itself mimics his attitude with lyrics that encourage listeners to follow their own path instead of one dictated by others. His message is about doing things because they appeal to you, not simply because you think you’ll fit in through assimilation.

If you follow the trends, that’s good
If you’re totally different, that’s good
Just you yourself is hood
Originally everything from the beginning
There was nothing right or wrong
Just that various things are different 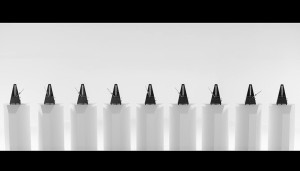 He’s not calling out anyone specifically in these lyrics, but instead pointing out that we are all different, which is fine. If something is popular, it’s okay to like it, but it’s okay to also be into other things that may not be as popular. Rap Monster’s message throughout this MV is that your focus should be on making yourself happy rather than fussing over what he or someone else is doing.

As much as I’d love to continue dissecting the lyrics, there is a video with imagery that needs discussion. It begins with a series of metronomes all seemingly in sync with each other until one realizes that a few of them are off-beat. Cans of spray paint with the words “hardcore” in front of other ones that say “94” follow this, giving us more examples of things that stand out from a crowd. These are symbols of how Rap Monster possibly views himself among his peers. He isn’t about blending to keep the natural order of things, and he is comfortable with that. 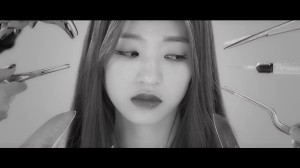 At some point, we see a young woman peering through various surgical instruments. The director could be targeting the plastic surgery industry and how people are pressured to change their appearance to fit into society. She glares at the instruments, and a second later, they disappear from view. I don’t frown on anyone choosing to get plastic surgery, however, I do appreciate this visual that reminds others that it’s not a life requirement either.

On the subject of symbolism, the pills open a gateway to many metaphorical possibilities. The pills make a heavy appearance in the video, as we see various kinds inside of a girl’s mouth. My interpretation is that the pills are people — different yet uniform at the same time. Later, a mixture of these pills is smashed violently, but not all of them get crushed in a single blow. Maybe this represents the music industry, and how some idols are crushed by the weight of conformity while others avoid becoming dust. 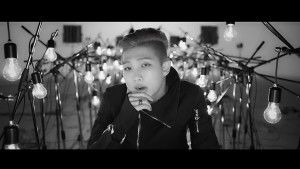 Another observation is the appearance of Rap Monster gliding between mic stands. If you pay attention, you’ll notice those mics become light bulbs later in the video. Perhaps, this is his awakening, or more appropriately, his enlightenment after becoming autonomous. It doesn’t hurt that he raps, “I’m not pop, I’m not rock, I’m not funk, I’m not R&B or hip hop,” during this transition. Rap Monster doesn’t want to be categorized under a singular genre that could limit his creativity. He wants the freedom to try it all, and I don’t see why he shouldn’t. Isn’t that the point of being an artist?

There are so many things happening in this video that are open to all kinds of interpretation, and that’s what makes it a personal favorite. I love how it encourages everyone to accept themselves as they are and live their lives for themselves. Rap Monster and the director did a spectacular job of matching the message of the lyrics to the imagery. It doesn’t hurt that the song is a jam, too.

How “Do You” feel about the video? Did you catch other messages or interpret it differently? Share your thoughts!