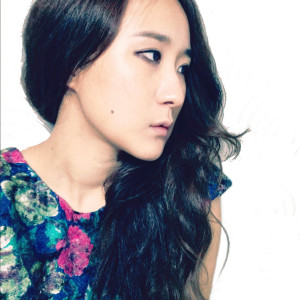 Spring is finally here, and it’s time for another edition of Unsung Artists! The increase in sunshine in March was accompanied by a rise in fun and funky songs. It’s the first month where ballads didn’t dominate new song releases. After so much cold and snow, I’m definitely ready for some different tunes! Although there were dozens of singles to choose from, I managed to narrow them down to these lucky few. Hopefully, you’ll find a new artist to fall in love with! Let’s get started!

MIIII tells her boyfriend to take a hike in “Not-boyfriend.” It has a slightly different tone than what you would expect. Instead of a depressing ballad or fiery pop song, MIIII dumps her lover as coolly as possible. She says that he doesn’t even care when she talks about breaking up; he just stares without any change of emotion. And when he does talk to her, it’s only about all the things she did wrong. Instead of blaming herself for his actions (or getting a makeover to grab his attention), she realizes that her boyfriend is just not a good guy.

She ends up telling him to shut up and repeats that he’s not a real boyfriend; after all, you can’t be one without the “friend” part. And because he was so apathetic about the thought of breaking up with her, she doesn’t give him the satisfaction of seeing her get angry or upset.

Next up is rock trio Mr. Geppetto in what has to be one of the most creative low-budget music videos that I’ve seen. It’s a pretty simple, but catchy, song. As you can guess from the title, the group sings about a hangover, asking the person who wakes them up who he is, then telling him to get lost. They don’t know where they are. But just like other nights, the drinking starts again. The song is helped along with the music video which looks like the band had a great time making! I love all the little quirky facial expressions and the effects that they added in. The only thing I didn’t like was that the main vocalist’s part was a little drowned out by everything else; they should have made it more prominent so that you could hear the words better.

There were quite a few K-pop groups with singles in March, many from lesser-known labels. One that sticks out is B.I.G.’s fun “Between Night’n’Music.” It’s a pretty straightforward song. Boy sees girl. Boy likes girl. Boy proclaims how fun and attractive girl is. The music video has the basic choreography with lots of close-up shots formula. There is a girl who has a jerk boyfriend that the members follow and cheer up with their antics (and who seems to take her boyfriend back in the end). Even though there’s nothing groundbreaking here, it is a fun and catchy song. The dance break is also pretty interesting and adds something special to the song.

Outcasts are given a musical hug in Planet Shiver’s “Rainbow.” The song and video grab your attention right away. The song itself combines electronic influences with musical instruments for a unique style all its own. The vocals and tempo start off slow and gradually build up into an explosive chorus. The message behind the lyrics is uplifting, encouraging the listener to embrace his or her differences.

Stars appear even in the cloudy sky, the moon rises even in the crying sky, just can’t grin broadly
You, among lots of people, don’t need to force yourself to assimilate, there’s no need
You have different ways of thinking, you don’t need to mix

The music video is equally uplifting. It features several types of people who don’t fit into society, such as a homosexual couple defiantly holding hands, a man covered in tattoos, a black migrant worker, and a woman with a prosthetic leg. They start out feeling unsure and self-conscious, but as the song picks up, they find peace and joy in being themselves.

“Spring Girls” is just a cool song, plain and simple. It’s got sass, a little jazz, and a dash of funk thrown in, feeling both old and new at the same time. Readers might recall that this is the music video Dara helped film for her friend and respected indie artist Sunwoo Jung-ah. The lyrics talk about seeing and being seen as the girls of spring come out “dressed in fresh new clothes.” Variety is really emphasized in the lyrics, with four Korean synonyms for “all kinds” being used to describe the flood of different spring girls in the “mixed-up” city. Each girl has her own charm which can light a spark. Like the song, the video also feels old yet new at the same time. It has some different spring girls, each with her own style, personality, and flower. Perhaps what is most interesting is that even though there are many close-up shots of body parts, the women aren’t being objectified. Instead, the women aren’t ashamed to celebrate their feminine features.

So that is it for the month of March! What about you, readers? Do you have any March releases stuck in your head?