Exo Goes Above and Beyond with "Exodus" 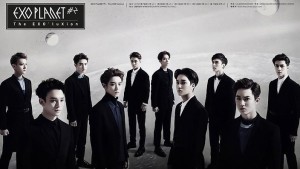 Upon receiving the award for ‘Artist of the Year in Asia’ at MAMA 2014, Exo member Lay took the mic and made a passionate and memorable promise to the audience:

Many of you have thought that 2014 was a black year for Exo. But from today, from this stage on MAMA onwards, the colour ‘black’ will be redefined. You know what, I believe 2015 will be the colourful year for Exo.

After all this talk, his promise has come to fruition with the group’s second full-length album, Exodus. The album reveals a clear progression in maturity for Exo, with a darker and sultrier tone than the previous XOXO. 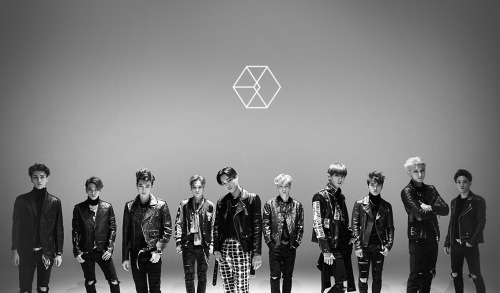 In many ways, this album was a make-or-break moment for Exo. On the one hand, Exodus could potentially allow them to continue dominating the charts like XOXO and Overdose did. Or, alternatively, the album could reveal the cracks in the group due to the stresses of losing two members and generally being mismanaged by their company. Thankfully, Exodus has accomplished the former, with the album already sweeping global charts.

Exodus doesn’t open in the strongest way, with the slightly sappy “Call Me Baby” introducing listeners to the album. The song is an archetypal pop song, with the lyrics revolving around a lighthearted romance. The chorus makes the observation that “There are many who shine, but look at what’s real among them.” The catchy hook makes the song addictively sweet, even if it’s not everyone’s cup of tea. Although the song is weak compared to its counterparts, it does provide a bright opening to the album (and is currently drawing a lot of international praise to the group). 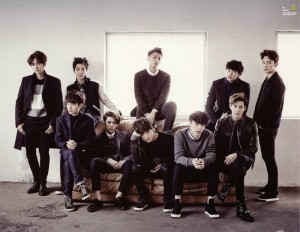 Things take a much-needed edgy twist with “Transformer,” which pounds into second place on the album. Heavy drums with an electronic backdrop makes the song reminiscent of “Two Moons”, from Exo’s debut mini-album. The subject of the song is a girl who is as beautiful as she is intimidating, an unattainable mystery.  The number of lines for Sehun have gone from 1 to a staggering 2 in the Korean version, which is a commendable achievement in itself. Tying into the mechanical theme, synths feature heavily, and is softened by the vocal line.

The listener is then taken on an unexpected journey to the past thanks to the 90’s R&B feel of the next track, “What If…?” Ghostly voices open the song, with soft vocals carrying the rest of the song. “What If…?” has some of the most beautiful lyrics in the entire album, with the protagonist agonising over a missed romantic chance and his past regrets. The protagonist sees his old love with another man, and sadly muses: 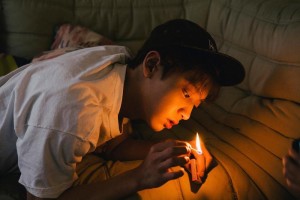 He acknowledges that he’s lost his only chance (“Now I need to keep you inside my drawer forever”), but is still incapable of letting the memories go (“But can I take you out sometimes?”). The beat prevents the ballad from falling flat, making it a song that still has potential for some amazing choreography. The song takes on an even more beautiful tone in the Chinese version, as the members’ voices are particularly suited to softer songs.

The atmosphere doesn’t lighten up with the next song, with the piano ballad “My Answer” following. The song expresses the desperate desire to be with someone, but not being sure if you will end up hurt in the process. Somehow, parts of the melody is reminiscent of a K-drama OST mixed with Joe Hisaishi’s trademark composing style. “My Answer” is all about the vocal line, who are capable of sending chills down your spine, as seen in the live performance below.

The album’s namesake track, “Exodus”, features the same instrument, the piano, but adds an edgy, bright twist to it. The notes twinkle (or “banjjak banjjak”, as Chanyeol sings), carrying the song. The lyrics succumb to a femme fatale who has trapped the subject in a toxic, dangerous relationship. She is manipulative, controlling and undeniably charming. Thankfully, the song hints at a positive ending, with the final lyrics proclaiming:

Past your arms that trapped me, into that path
Toward that light, I’ll escape from you
Exodus Exodus, It’s my Exodus

The epic “El Dorado” follows, with the chorus of this song being on the lips of every Exo-L. Revived from Exo’s predebut teaser days, the song begins with a whimsical beat and then explodes into a cacophony of drums and tribal chanting. The spirit of the song is one of adventure, encouraging the listener to act on their dreams. The song can barely contain its own excitement at exploring the world, chasing an unknown future. The performance potential of this song can be seen below in the group’s live performance at their EXO’luXion concert.

The lyrics clearly allude to the recent dramas the group has been through, going from 12 members to 10, which made some fans lose faith in their catchphrase “We Are One”.

In this dangerous journey, obstacles keep coming
But we’ve become one and have overcome everything
The light is getting bigger
No pain no gain, this is a world of mystery
Add all ten fingers to the circle above, we are one 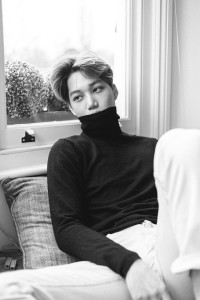 Contrasting with the narrated intro to the “Mama” music video, the lyrics tell us that instead of being divided into two worlds under two different skies (as the subunits M and K suggest), they are now “Under the same sky, under the same name, we are one. So we believe in each other, oh El Dorado.” This song proves to be both heavy with meaning and heavy with its sounds, making it one of the strongest tracks on the album.

The unashamedly sultry “Playboy” follows, and it’s no surprise that this song was composed by none other than Jonghyun of Shinee. Smooth and breathy the whole way through, “Playboy” also features plenty of unnecessary noises in the chorus (looking at you here, Kai), which seems like a slightly embarrassing attempt at appearing ‘mature’. The stunning falsettos from Baekhyun and Chen are a particular highlight in the Korean and Chinese versions, respectively. 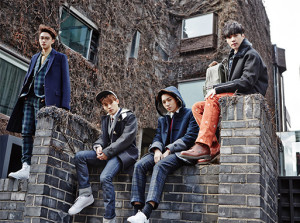 This writer’s favourite track, “Hurt”, creates a much moodier atmosphere. The song opens with a creepy, haunting melody (“Ice Cream Cake”, anyone?), and then pumps into action. Thematically, the song is linked to “Exodus” and “Transformer”, with a destructive love interest tormenting the protagonist. He’s driven to the point of near-insanity, desperately searching for this elusive figure in order to find love and comfort. The song chugs on in a moody, angry tempo, like a revamped version of “Black Pearl”, with a husky rap adding to its intensity. Ultimately, however, the lyrics reveal the true vulnerability of the piece.

Grunting and grinding into 9th place on the album, “Lady Luck” continues on where “Playboy” left off. A thumping beatbox opens the song, with the rappers and vocalists harmonising from here. Telling the story of a forbidden, secret romance, the Justin Timberlake-esque song also features obscenely deep voices and sudden moans. An electronic breakdown shakes things up and takes the song to another level.

Another throwback track, “Beautiful”,  provides a sweet ending to the album after all the bumping and grinding from earlier. The lyrics express a simple and sweet romance, without any of the manipulative or destructive elements from earlier songs. Maybe a bit too flat and sweet to be everyone’s favourite, “Beautiful” is at least a sure-fire mood improver.

Exodus marks a new chapter for Exo, who are now travelling in a different direction from their previous releases. It seems that instead of crumbling under the recent pressure they have faced, they have instead become more motivated and produced this smashing album. No doubt, this era will be full of memorable performances and achievements.