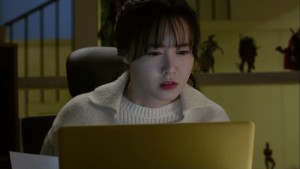 Well done, Blood. You have managed to get me to say something most dramas will never achieve: I did not see that coming.

Episodes 9-12 have been driven mostly by internal revelations; that is to say characters learn things that the audience is already aware of. They’re needed to keep the story moving forward, but when done wrong, internal revelation heavy episodes drag like nobody’s business. Luckily, Blood‘s are done very right. Usually, internal revelations are the result of person A figuring out what person B is hiding, and confronting him/her. In Blood, the information is given as a sign of trust. It’s less interesting in terms of plot, but is far more rewarding in terms of character development.

The most important and blatent of these is Ji-sang’s confession to Rita that he is a) a vampire, and b) responsible for saving her life when she was younger. At this point, Rita had stopped prying into Ji-sang’s life. She had seen his vampiric state, but she also understood that the little he told her was more than he’d ever told anyone else, and repaid his trust with her silence. Rita didn’t want to tell Ji-sang she knew, she wanted him to trust her enough to tell her. The quiet support and care Rita gave is what allowed Ji-sang to tell her the full truth. It may have been less exciting to see the two simply talking, but ten episodes prior, Ji-sang never would have opened up and Rita would have demanded answers straight away. To see them having a moment of mutual honesty, respect, and trust is heartwarming. 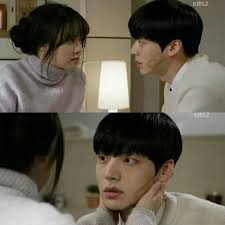 The other big revelations are far more plot-focused. Ji-tae and Kyung-in manage to dig up that vampirism is a real illness, and someone went to great lengths both to cover up its’ existence and to allow the information to spread to draw someone out. The two of them immediately lock down their relationship as the only people to be trusted. Kyung-in even hides her discovery from Rita, her best friend from childhood.

When Ji-sang asks to be let in on their research, Ji-tae is cautious and untrusting. He has to be pushed into accepting Rita and Ji-sang through sheer desperation and the need to gather as many allies as possible against the new drug team. However, once all four are firmly in one loop, the two men start to build trust between them. Just a few episodes later, it comes out that Ji-tae’s father was responsible for the culturing and reintroduction of the vampire virus. This time, there is no hesitation about letting the team in on this. He didn’t have to do so, but by doing so, Ji-tae confirmed his trust in all the others.

As stated earlier, most of the revelations were internal, falling into place as one would expect from the typical drama rhythm. The one exception might very well be my favorite drama twist ever, due to how much I was not expecting it. Min Ga-yeon is a surgical intern who has gone unmentioned until now because she is useless. She doesn’t do anything besides hopelessly crush on Ji-sang, and other than noting that it was kind of clever to put a typical drama heroine in as a foil to Rita’s alpha bitch, I just wanted her pathetic ass to go away. Except Ga-yeon is Jae-wook’s right hand girl, and a vampire. 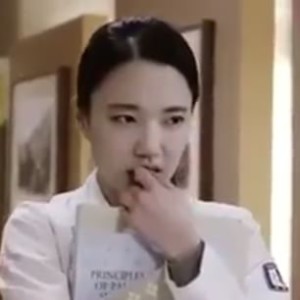 I legitimately did not see that coming, and that’s because writer Park Jae-bum did what all good writers should try to do– he used the expectations of the audience against us. For the most part, women in dramas are upright and bitchy (Rita), shallow and gossipy (Kyung-in), or sweet and stupid (Ga-yeon). I didn’t question her overly nice, in-love-with-the-sexy-boss act because that’s how drama women are written. Thus, the reveal that she was turned as a child by Jae-wook after being abandoned by her adoptive family and is now his fearless, fearsome right hand caught me completely off guard. The fact that she works for Jae-wook because of familial, not romantic, love just sealed the deal. This one scene took Ga-yeon from worst to first in my book.

On the vampiric hand, the mystery of vampiric illness has been getting some excellent developments. Most notably, the reintroduction of the vampire virus was not an accident at a graveyard, but a deliberate act by Ji-tae’s father. It’s also not a virus, but a bacteria. The difference between them is that viral infections can be managed by treating the symptoms, but they can’t really be cured. Bacterial infections on the other hand, can be cured with strong antibiotics. Ji-sang could theoretically create a cure for his vampirism.

Episodes 9-12 of Blood have, for the most part, continued exactly as one would them to. That’s not a slam; Blood works because it’s a familiar story with enough tweaks to feel fresh. But when it goes completely off-book is when it hits its stride.