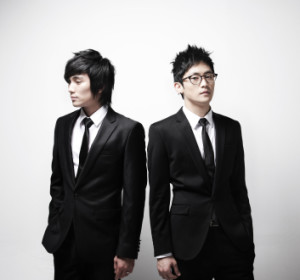 It’s time for another old school group to make their comeback! V.O.S sung their hearts out in their new release, “Someday”, proving that talent only gets better with age. Unfortunately for them, in the context of this song, some relationships do not.

V.O.S dealt with heartache, loss and desperation, simply and eloquently to create “Someday”. They have brought together superb vocals and a subtly emotional MV, to give us another great ballad.

The song captures the feelings of someone who has lost someone and desperately wants to see him or her again. The lyrics demonstrate this through repetition to create desperation:

The song is easily defined by the emotional voices of the duo, Choi Hyun-joon and Kim Kyung-rok. Each person’s voice is very distinctive and expressive, completely on par with the emotions of the song. As a ballad, it is expected that the vocals be the main focus of the track; the vocalists need to hold something in their voices that can attract listeners and fill up an entire stage. This duo has the ability to do this, reaching and holding notes with technique and emotion.

Like most ballads, the song seems perfect for a drama as it changes and builds its emotions to fit different scenes. The song starts of soft and builds up towards the chorus and the end, with VOS singing together at the climax of the song. It’s the sort of song that you need to give your full attention to, to get the full emotional ride. The phrase ‘killing me softly with a song’ does spring to mind when listening to it. What better way to further portray these emotions than through the MV? 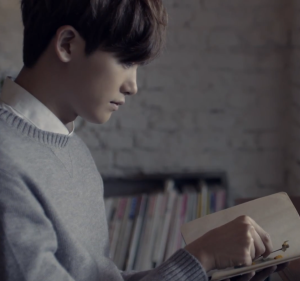 Investing the help of their label mate, ZE:A’s Hyung-sik, the MV is set up to mirror the feelings of the song and add a new dimension to it. It compliments the song and doesn’t take focus away from it with a crazy plot. It shines in simplicity where everyday actions and facial expression are used to present loss and longing.

The MV presents an emotional ark following Hyung-sik’s character throughout an entire day. At the beginning, we are introduced to him as unfocused and depressed as he stands by a window watching the rain. Set against a backdrop of a greys, everything is set up to reflect that empty feeling. The story progresses as he enters an old cafe that has obviously been left for quite some time as indicated by the dried flowers and dusty lamps. From then on, the MV starts to move away from its greyish outlook as Hyung-sik starts to clean up the cafe, bringing colour and light back to the MV. There is even a small smile on Hyung-sik’s face as he works. So, obviously he is starting to move on and improve his outlook on life, right?

The MV still has a very subtle feeling of sadness, as the connections between the small aspects of the cafe become apparent. For instance, one of the dried flowers left on the table is pressed in the pages of a notebook at a page with a picture of a girl sitting in the cafe. We don’t know what happens to the girl, whether she just left him or died. However, it is very clear that Hyung-sik is still dealing or refusing to deal with the loss of her. He sits in the cafe as if he is waiting for her, even jumping up when he hears the door open slightly. The MV is set up so the viewer can discover more about the character as the MV progress, rewriting the conclusions the viewer has drawn through out it. 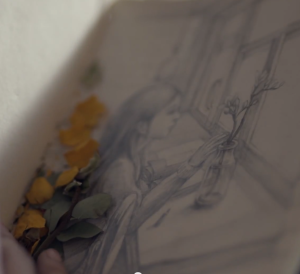 This is an MV you would expect for a song like this, simple and emotional. Simplicity is often overlooked in K-pop, with the crazy plots, eccentric outfits and innovative songs. A lot of the time, ballads rely on crazy plots to bring in the viewers interest for instance, Fly to the Sky’s “You You You”. Some MV’s pull these plots off, some do not; not all ballads can use the awesome K-will switch up to draw attention. However, the MV fits incredibly well with the song, providing a simple but compelling story line. In contrast, some may find this simplicity quite boring, as it is not really anything we have haven’t seen before, maybe even throwing out the phrase ‘not another ballad’. It just depends on what you like to see in K-pop. Ultimately, this MV is both musically and visually stimulating, as expected from a group that debuted in 2004.

Did you find this release interesting or boring? Or, maybe you were just staring at Hyung-sik’s face the entire time — I’m not judging. What do you like to see from the ballad genre? 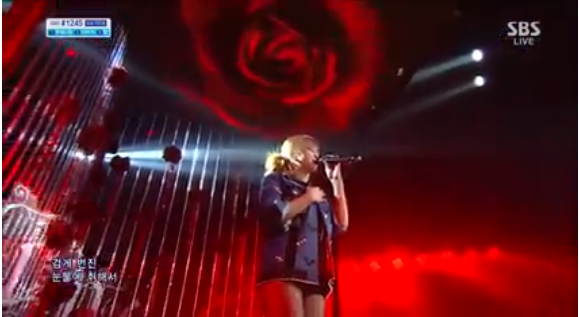 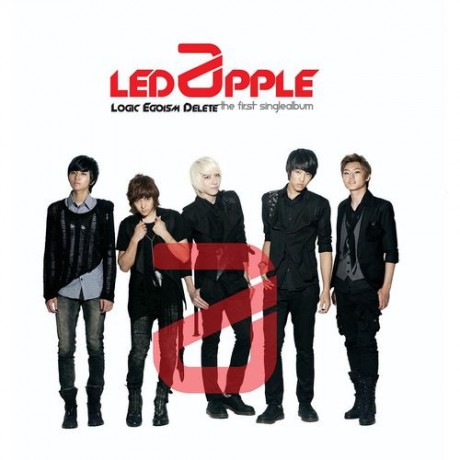 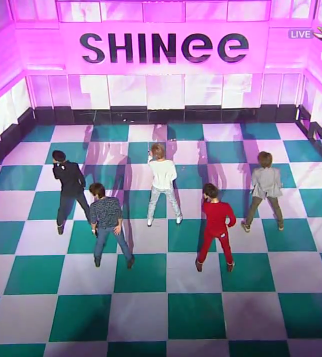