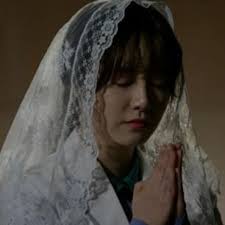 Life may be like a box of chocolates, but Blood is like chicken soup: familiar and comforting, and not losing anything because of it.

Blood‘s first four episodes created a narrative that is both familiar and different; weaving together tropes that are cliché on their own, but unique enough in this pattern to prevent déjà vu.  Episodes 5-8 build on these threads, allowing the story to diverge from the standard set-up while not separating completely from Dramaworld.

Rita and Ji-sang’s developing relationship is the clearest example of telling an old story in a new way. The standard drama recipe says to start off with hostile leads before reducing it to belligerent sexual tension, and this is what happens. However, while that normally happens because  . . . reasons, in Blood, the closeness develops as a result of professional obligation and the strain of illness, respectively.

Rita very quickly realizes that Ji-sang is not a healthy human. His disappearances, odd behavior, and unnatural vitals lead to her concluding that Ji-sang is seriously sick. Moreover, he doesn’t want to admit it for fear of becoming his diagnosis. She is a doctor, first and foremost, which leads her to offer herself as Ji-sang’s confidant and ally. She doesn’t have to like him, but she does respect the strength of character needed to work in a high-stakes profession while seriously ill. This allows Rita to begin seeing past Ji-sang’s defenses, to the soft heart that lies beneath his icy skin.

Ji-sang, on the other hand, is having some serious problems coping with his vampirism. His symptoms are getting worse, and his bloodlust is no longer controllable by his suppressants. He’s starting to break under the strain of illness and when Rita confronts him, not with judgment but with respect and support, he can’t lie anymore. When Ji-sang tells her he’s sick, and has been for a long time, it doesn’t feel like a lie to omit his vampirism. Rather, it feels like a bare-bones truth: he’s ill, it’s serious, and he doesn’t want to talk about it. He’s not shutting Rita out as much as he’s shutting down.

Jae-wook and his drug team also flirt with new variations on a classic. The drug team are so obviously evil, it’s rather astounding that it’s not printed on their business cards. Yet, while most dramas would make it so only Rita and Ji-sang noticed, Blood has everyone notice how odd the drug team and everything around them is. Rita and Ji-sang join fellow doctors Ji-tae and Kyung-in on digging into what they’re doing, but the other two started asking questions first. Rita and Ji-sang didn’t start getting truly curious until a patient died. The foursome form a great quartet of what-the-fuckery that will hopefully allow for a different dynamic than the typical medical mystery.

Jae-wook’s choices for dealing with Ji-sang are a great twist on the usual drama villain. He quickly realized that Ji-sang and himself are on opposite sides, but doesn’t immediately decide that Ji-sang is his enemy for life. Instead, Jae-wook opts to befriend Ji-sang and turn him to the dark side through kindness. Jae-wook and Ji-sang have many discussions on the nature of vampirism that form the most gripping parts of several episodes, and they make me say something not many drama villains do: dude’s got a point.

Ji-sang tries to be normal, literally suppressing his vampiric nature and actively trying to cure the infection so he may become a human. Jae-wook, on the other hand, embraces what he is. He drinks blood, and feels that his long life will give him the chance to do more than he could otherwise. Between these two philosophies, I honestly prefer Jae-wook’s. Maybe it’s the American in me, but the idea of repressing my nature so I can be like everyone else is not an appealing one. Of course, the other reason that Jae-wook and Ji-sang’s talks are so amazing is because they’re full of Blood‘s best quality: vampiric exposition. 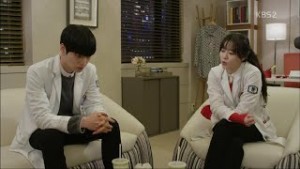 One of the hard and fast rules of television writing is to never make your audience crave exposition. If they’re literally begging the writers to explain what’s going on in the set-up, those writers are failing at their job. Blood‘s writers, though, are inducing that same craving by being awesome at theirs. The vampirism in Blood is so meticulously planned out; it’s amazing. Most modern vampire stories simply don’t dig into the mechanics of vampirism. Not even the platinum standard for vampire television, Buffy The Vampire Slayer and its spinoff Angel, ever really explored how vampirism worked beyond the cursory “vamp sucks human blood, human sucks vamp blood, basically it’s a whole sucking thing”.

Yet Blood digs into what’s usually overlooked, and it digs in hard. The mechanics and how they’re dealt with drive this series. The mania and violence associated with vampires comes from consuming red blood cells, when what a vampire needs to be healthy is the plasma, which Jae-wook can and does separate off from the red blood cells. This seems like both a betrayal of vampire lore and perfectly logical.  After all, apples may be edible, but the seeds are toxic in large quantities, and can induce illness in small quantities. Similarly, blood may be good for vampires, but that doesn’t mean all of it is.

Ji-sang’s illness issues are arising from taking one drug for 35 years. He’s built up a tolerance, and no one knows the side effects, which obviously have to exist. He has no backup plan and no alternative: Ji-sang has to face his killer instincts. But he can’t bring himself to drink Jae-wooks (legally acquired, red-blood cell-less) blood. Even this fits with Blood‘s internal logic: Ji-sang’s suppressants were hormone-based. Constantly increasing the dosage before quitting cold turkey has tossed his hormones into flux. Anyone who was ever a teenager can vouch for the fact that fluctuating hormones do not lead to good choices. Even confiding in Rita makes sense considering Ji-sang’s brain is doing the math of “pretty girl + hormones of a teenager = questionable choices”.

On the whole, Blood is proving to be much more enjoyable than I anticipated. The angle of vampiric medicine is keeping me hooked. Meanwhile, the rest of the series is like trying a new chicken soup recipe: familiar enough for comfort, but different enough to prevent boredom.