Spend Time with Giriboy's "Back and Forth 30min" 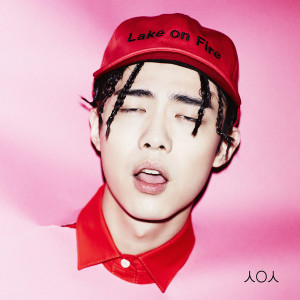 K-pop has never been a truly distinct musical genre, strictly speaking. This isn’t unique to K-pop; any country’s pop music scene is like a powerful ocean, tossing fans back and forth 0n the waves of ever-changing trends. Whether we’re currently obsessing over sugary-sweet songs like “Gee” or anticipating a dubstep breakdown in every groups’ newest single, K-pop fans have mastered the art of weathering the constant shifts in musical trends.

One of the most popular trends on the block these days is hip hop. The love affair between K-pop and hip hop is a longstanding one, and it has never completely disappeared, but it could be said that we’re currently in the midst of the glory days between the two genres. The boundaries that separated idols from hip hop artists are being crossed, and more K-pop fans are finding themselves converted into K-hip hop fans by artists who straddle the line between rapper and idol. 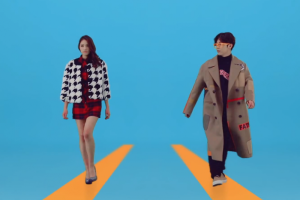 One rapper who’s managed to charm fans and introduce them into the K-hip hop scene is Giriboy. Though he’s been around since 2011, his visibility drastically increased in 2014 when he competed on Show Me the Money 3, and though iKon‘s Bobby stole the spotlight on that platform, Giriboy popped up once again as a mentor and judge on Starship Entertainment‘s survival show No.Mercy. Through these television appearances, he’s exposed himself to audiences other than K-hip hop fans and has gained a wider group of fans in the process.

Looking just at the surface, Giriboy’s growing popularity is not surprising. He has an alluring mix of boyishly cute looks and mature confidence that makes it easy to attract female fans, though neither of those qualities is so strong that it alienates any possible male supporters. Of course, these aesthetically-pleasing features don’t make for long lasting fans. Talent is what counts. With his most recent release, “Back and Forth 30min” (a track from his newest album Sexual Perceptions), Giriboy has created nearly a perfect mix of the two factors: the song is sublimely smooth, and the video compliments the sound and lyrics without becoming too distracting.

The first thing you’ll likely notice about “Back and Forth 30min” is the jazzy backing track. Although Giriboy starts the song off with his voice, the saxophone that plays beneath his singing sets a mature tone that permeates the track as a whole. The guitar and bass that dominate throughout the verses are subdued and rhythmic, while the percussion keeps the beat and drives the song forward. It’s reminiscent of something you might hear at a classy jazz club, creating a seductive and sophisticated sound. 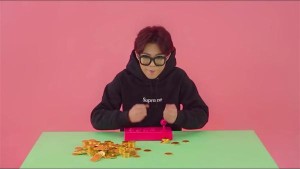 Giriboy’s rapping is more boisterous and bouncy than his musical track. His sound is youthful and confident, and though this had the potential to clash strangely with the mature beat, the two instead blend quite nicely. The rap keeps the song from lagging or fading into the background, while the music holds the rap back a bit; rather than give loud, in-your-face verses that create tension with the calmer track, Giriboy has managed to make his rap style work together with the music as a cohesive unit.

The lyrics also give the song a youthful feeling. They convey a confusion tinged both with anger and disappointment — Giriboy’s persona in the rap is simultaneously upset with the mixed messages he’s getting from his love interest and conscious of his role in keeping their relationship unclear. The ambiguity between himself and his desired lady becomes a metaphorical 30 minute walk, and he isn’t sure whether he should continue at his current pace or proceed more quickly in the relationship.

Our relationship is awkward, so close but so far
It’s too small to call anything
The way we hang out, the texts we send
We’re too sincere of each other’s privacy
I keep it cool when I see other girls
I keep cancelling my plans, my weekends
I never know if I should spend money on you
I still don’t know, but I’ll buy the movie tickets anyway

Giriboy shows no firm commitment and expresses no definite feelings, making the lyrics a very natural representation of the indecision any random young guy on the street might be feeling about an unclear relationship. Featuring artist Shin Ji-soo adds a sultry conclusion to the song, expressing a similar indecision of her own. Unfortunately for Giriboy, she seems to give up on making anything happen — she decides that the prospect of a future with Giriboy isn’t even exciting enough to put on make-up or fix her hair. Her voice is jazzy and fits the feeling of the song, while her few short lines end the song with a sassy, almost uneasy, tone. 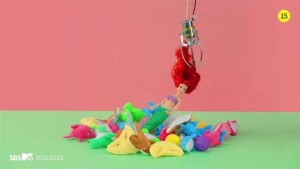 The video nicely compliments the song. Easy to understand symbolism helps convey the meaning of the lyrics, while Giriboy and his female counterpart in the video act out their conflicting feelings quite convincingly. At times, Giriboy’s love interest is represented in ways that seem slightly reductive and objectifying — she’s turned into a baseball he can’t catch, a piece of pizza that attracts three guys, or a prize in a claw game — but the actress shows an agency that clearly shows she has complete control over herself and her relationships. She is sometimes interested in Giriboy, sometimes interested in other guys, and sometimes just plain bored; in no case is she shown to be a woman without agency over herself. It’s almost amusing to watch how she affects Giriboy, who shows constantly shifting feelings of excitement, disappointment, and boredom in a way that is cute and endearing. 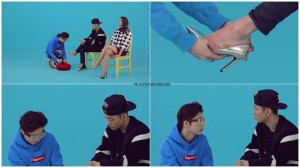 Even with the symbolism and changing sets, the video remains simple. It’s clear that the MV was made for the express purpose of complimenting this song, and it never attempts to rise above and become something greater than the song it is set to. Still, it’s a visual experience that could stand on its own, just as the song could easily stand on its own. You can surely enjoy “Back and Forth 30min” without the video, but its charm is increased exponentially when you’ve also got the MV to watch.

Overall, “Back and Forth 30min” is a low-key, jazz-inspired hip hop song that will be palatable to fans of both pop and hip hop. The bright colors and cute scenarios of the MV will also please fans of both genres. At the same time, there don’t seem to be many compromises made to appeal to a wider audience; while it may not fit the stereotypical “gold chain and gangstas” image associated with hip hop, this song is still stays true to its creator’s role as a rapper. Through “Back and Forth 30min,” Giriboy has shown himself to be a master matchmaker, creating a very happy marriage between pop and hip hop. 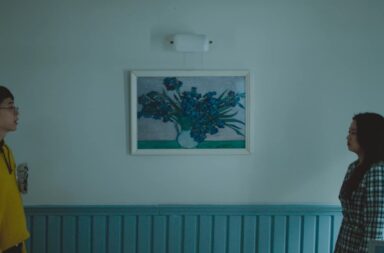