Coming into the Sweet 16 was a nail biter of a competition with far too many close calls for comfort, many decided in the last minutes. Some of the battles from this last round went as expected, and the foretold strong seeds came out on top. But there were still surprises. Here are the remaining competitors, vying to represent each category: 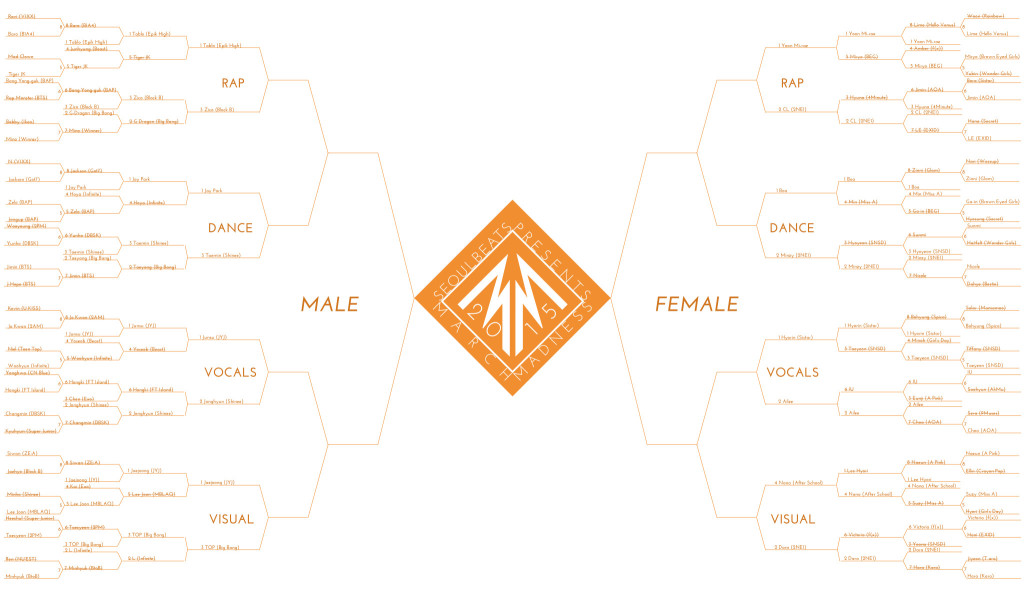 Our underdogs sadly didn’t fare well in that last round, and only the strong have made it. The battle between Taeyang and Taemin was fierce, but Taemin inched ahead just in time to solidify his victory. Another Big Bang defeat came at the hands of Zico in another close call, this time against G-Dragon — only TOP remains to represent the group. Veteran artist and winner of last year’s female visual bracket, Lee Hyori, suffered a surprising defeat to After School‘s Nana. Let’s see how she fares against Dara of 2NE1, whose matchup came down to the wire in a two-vote win over Victoria of f(x).

This is when things get tough. Each round the votes have gotten closer, and they’re only going to continue that way. Vote, vote, vote and score that win for your faves! Sweet 16 polling will end March 19 at 11:59 EST.