Jaejoong Enlisting at End of March 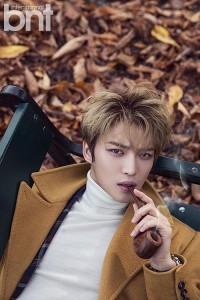 Today marks a solemn day in fan hearts as we confront that inevitable event called military enlistment. Only a couple days after the news of Choi Jin-hyuk going to fulfill his patriotic duty, now comes the one that JYJ fans were dreading: Jaejoong will also enter service on March 31st.

Military enlistment is a required duty for all South Korean males, so this could not be avoided. We know they must leave us one day, but you’d be surprised how quickly the time passes. It wasn’t too long ago that Se7en returned from his duties, albeit sans contract renewal and girlfriend. Even so, we’ll be seeing Jaejoong again before we realize it, and he’ll hopefully come back as a stronger individual.

Jaejoong is currently starring in the drama SPY, of which you can catch up on the latest recaps here. JYJ kept their promise to fans by releasing an album before enlistment. Jaejoong will hold final fan meetings and concerts in the days leading up to when he must report for duty. His group mate Junsu just dropped his latest album Flower but is also expected to enter the military some time this year.

As much as we’ll greatly miss his presence in dramas and music (for twenty-one months), we wish all the best to Jaejoong!