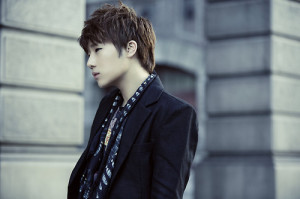 Good news for Infinite and Girl’s Day fans. At a joint press conference on February 9th, KBS confirmed both Yura (Girls’ Day) and Sunggyu (Infinite) for the upcoming web drama, Love Detective Sherlock K. The two idol actors will not only share the small screen together — they will also play lovers.

While limited details have been released thus far, Love Detective Sherlock K reportedly centers around a young woman (Han Chae-young) who disguises herself as a man. Under the pseudonym, ‘Sherlock K,’ she runs a “healing cafe.” The series will focus on Sherlock K’s life after a young chaebol playboy (Sunggyu) seeks out her help to better understand his celebrity girlfriend’s (Yura) heart. Using psychoanalytic methods, Sherlock K will help the young playboy realize his love for his girlfriend.

The web drama is currently slated for eight episodes with broadcasts projected to begin sometime in March.

The drama will be neither idol-actors’ first drama experience. Sunggyu played very minor roles in both 2012’s Thousandth Man and 2013’s Pure Love. Yura, on the other hand, has maintained a consistent television presence the past few years between her multiple 2013 dramas and her stint on We Got Married in 2014.

Both the casting and combination of Yura and Sunggyu came as a surprise to many fans, so it certainly will be exciting to see how this plays out once Love Detective Sherlock K hits the computer screen.

Readers, what do you think of the recent casting news? Are you excited to see Sunggyu and Yura on screen together?